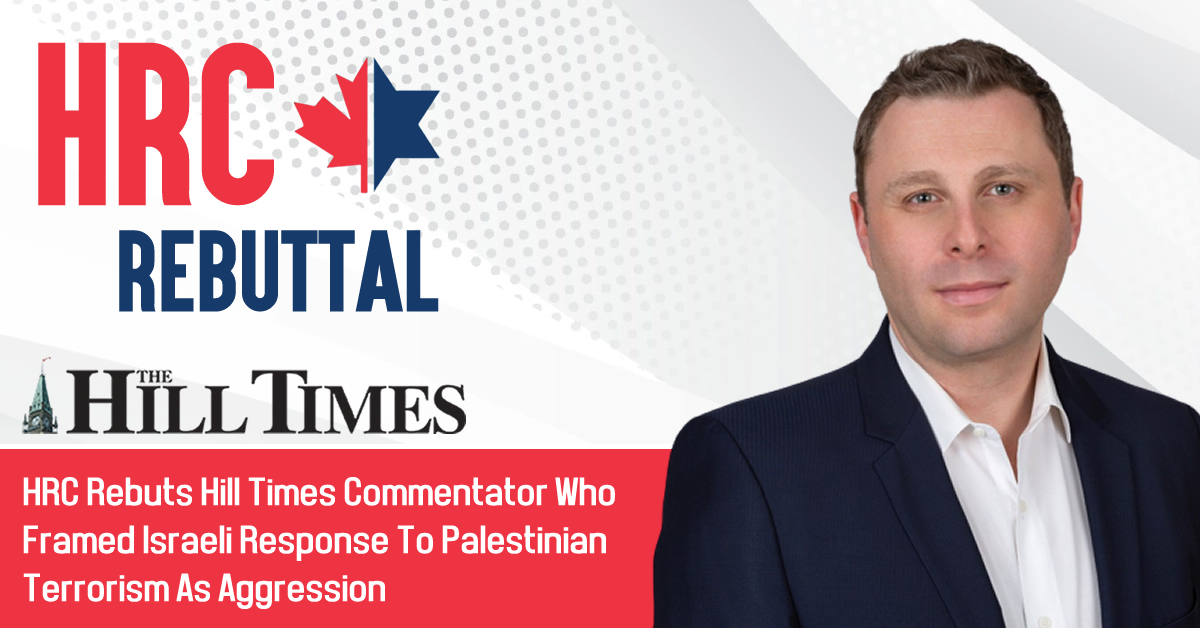 In a recent January 2 column in The Hill Times, Gwynne Dyer completely ignored how Israel has endured wave after wave of Palestinian terrorism and wrongly framed Israel’s response to almost daily Palestinian terror attacks as acts of aggression on innocents.

On January 16th, our Executive Director, Mike Fegelman, was granted space in the Times to rebut these false allegations.

Gwynne Dyer should take heed from the wise words of U.S. Secretary of State Antony Blinken, who said that the United States will judge the new Israeli government under Prime Minister Benjamin Netanyahu by its policies, not its personalities.

When Dyer remarks that: “150 [Palestinians were] killed by the Israeli army and Jewish settlers this year [and 31 Israeli dead],” he misleadingly creates a narrative that frames Palestinian terrorism targeting Israelis out to look like an Israeli campaign of aggression targeting innocents.

Dyer fails to note that in 2022, Israel endured wave after wave of Palestinian terrorism, the likes of which it hasn’t seen in many years, largely emanating from West Bank areas. Israel contends that the majority of the Palestinian fatalities were killed as they attacked civilians or security forces with knives, Molotov cocktails, guns, incendiary explosives and in car-ramming attacks.

Furthermore, close to half of the Palestinian deaths were publicly claimed by Hamas, the Al Aqsa Martyrs’ Brigades, and Islamic Jihad, all members of Canadian-designated terror groups.