Why Are Anti-Israel Activists So Afraid of The...
McGill Tribune Publishes Op-Ed Calling for a Boycott...
Ontario Arabic Paper’s Editor Downplays Holocaust; Meshwar Describes...
How the War in Ukraine is Having a...
Toronto Star Columnist Shree Paradkar Wrongly Claims IHRA...
After Vancouver Adopts IHRA, CBC Radio Interviews Fringe...
Qatar Prepares For The 2022 World Cup: Will...
Lawfare: Who is Using the Law More Effectively?...
Official Publication of the College of Physicians and...
French Rapper Accused of Antisemitism; HRC Comments on...
Home Daily Brief HRC Quoted In Toronto Sun: Foodbenders Shuts its Doors in Fight Against Zionists

HRC Quoted In Toronto Sun: Foodbenders Shuts its Doors in Fight Against Zionists 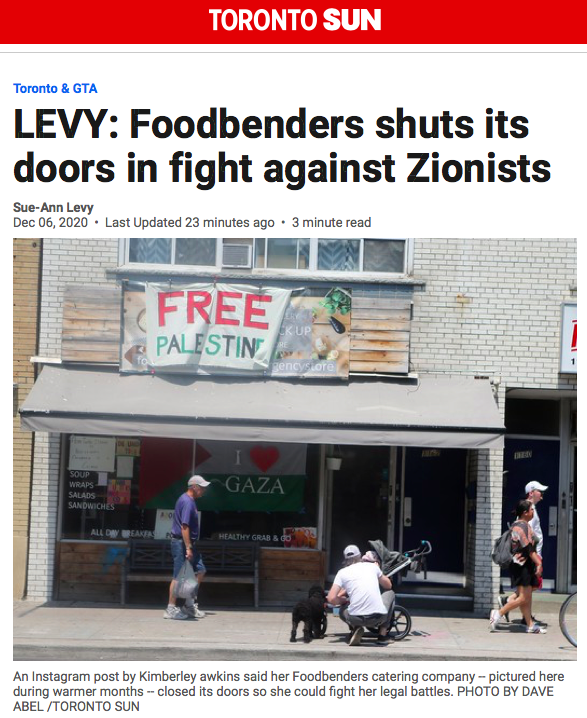 In the Toronto Sun today, investigative columnist Sue-Anne Levy covers how the antisemitic Foodbenders restaurant claims it’s closing down, as the owner, Kimberley Hawkins, says she has to fight four legal cases against her.

In the article, HRC Executive Director Mike Fegelman is quoted as follows:

“Mike Fegelman, executive director of HonestReporting Canada, said if she is indeed closing, it’s positive and just.’What’s really concerning is that she used this whole controversy to leverage her profile on her Instagram account (and raise $47,000),’ he said. ‘What this says to us is that there’s a base out there who supports her toxic agenda.’”

Read the article in full by clicking here. 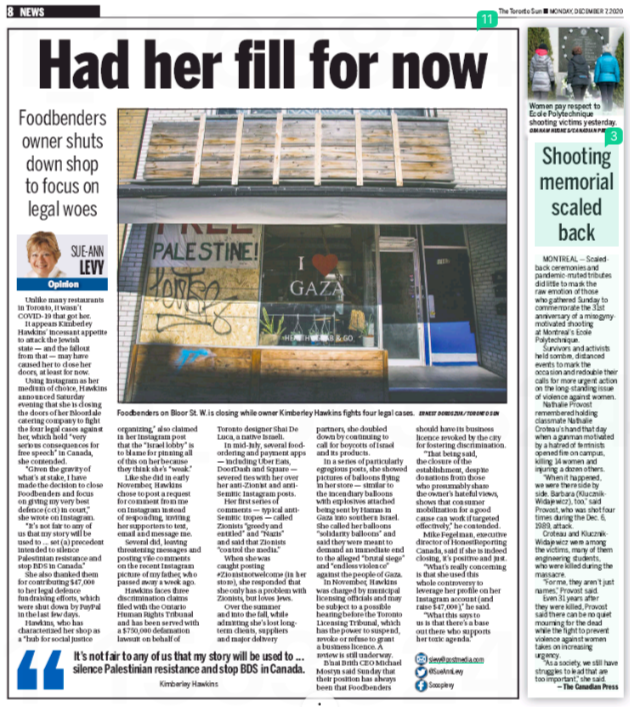