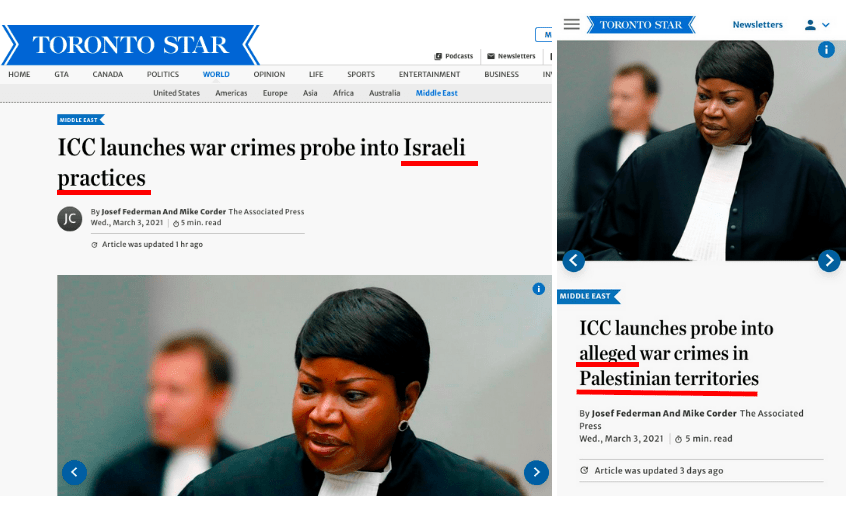 On March 3, HRC communicated our concerns to the Toronto Star in regards to a headline which presumed Israel guilty of war crimes and which failed to acknowledge that the International Criminal Court (ICC)’s investigation also sought to probe Palestinian terrorists for war crimes.

Israel strenuously denies that it’s military violated the Geneva Conventions, arguing that it took every effort to safeguard civilian life on both sides of the conflict. In truth, Palestinian terrorists like Hamas will be investigated for firing rockets indiscriminately from within Gazan civilian areas into Israel during the 2014 war. The AP article itself makes this clear, but the Star’s headline only cherry picked that Israel will be investigated. That was unfair and misleading to the Star’s readers.

We are pleased to note that the Star has agreed with our concerns about this headline and have amended it to now state: “ICC launches probe into alleged war crimes in Palestinian territories”.

We thank the Star for its prompt and professional correction.