On September 26, Israel Defense Force soldiers conducted a series of arrest raids against Hamas terrorists across the “west bank” which saw gun battles where five Hamas gunmen were killed and two Israeli soldiers were seriously wounded.

In covering the hostilities, the Toronto Star published the following misleading headlines to its print edition and website on September 26 and 27: 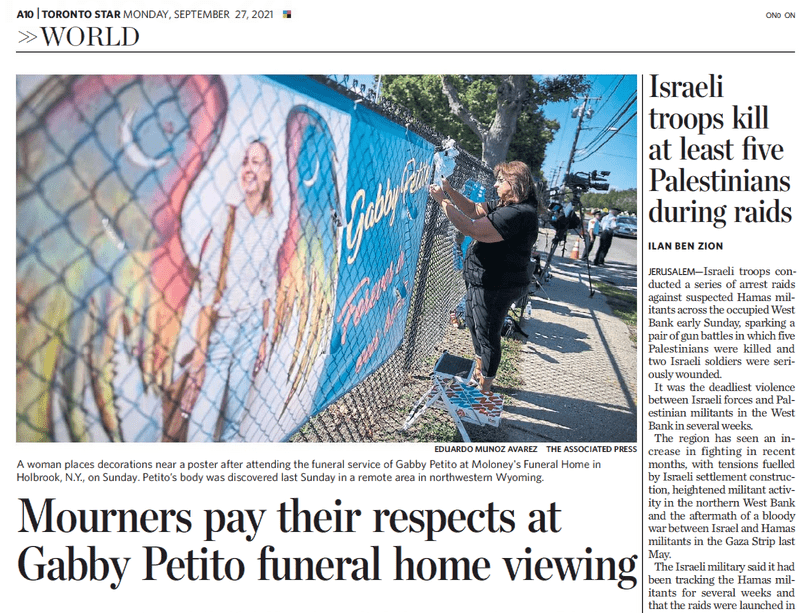 Importantly, readers view headlines 3:1 over seeing an article in its entirety and therefore, many Star readers were misled into thinking that Israel killed 5 Palestinians, all presumably innocent civilians and not combatants, whereas Israel contends they were all armed Hamas terrorists. At the very least call, the Star should have referred to the dead Palestinians as “gunmen” or “militants.” Contrary to what this headline implied, these were not simply innocent “Palestinians” who were killed by the IDF.

In sharp contrast, CBC News and Globe and Mail editors headlined this very same Associated Press report as follow by mentioning that the dead Palestinians were “gunmen” and “Hamas militants”: 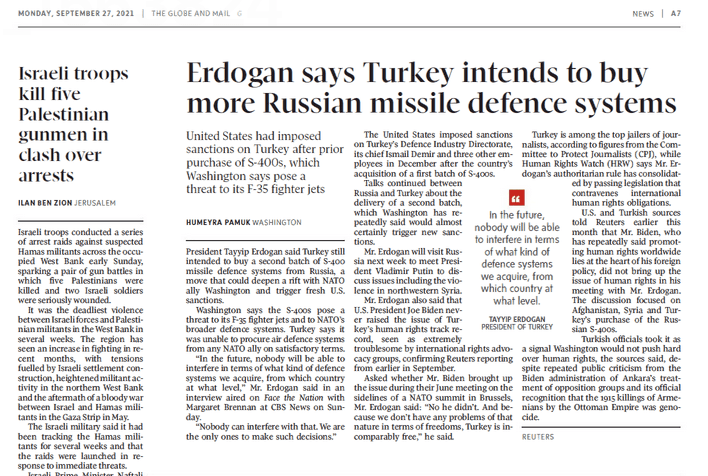 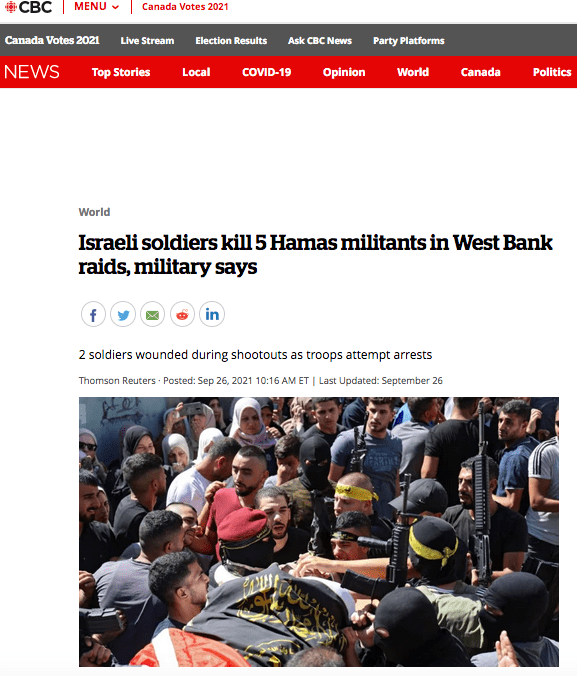 In light of this information, HonestReporting Canada liaised with the Toronto Star requesting that a clarification notice be issued in print and online to acknowledge that the five Palestinians were armed members of the Hamas terror group who engaged in a gun battle with members of the Israel Defense Forces. Importantly, Israel says these terrorists were planning to commit a massacre of innocent civilians and were also intent on kidnapping Israelis.

We are pleased to report that the Star upheld our compliant, issued a clarification notice, sensitized editors to our concerns and amended their online article as follows: 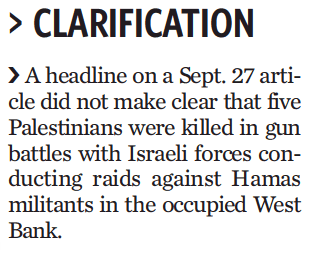 We thank the Toronto Star for taking these corrective efforts to acknowledge that the dead Palestinians were armed gunmen from Hamas, or in their parlance “Palestinian militants,” in their attempt to set the record straight.