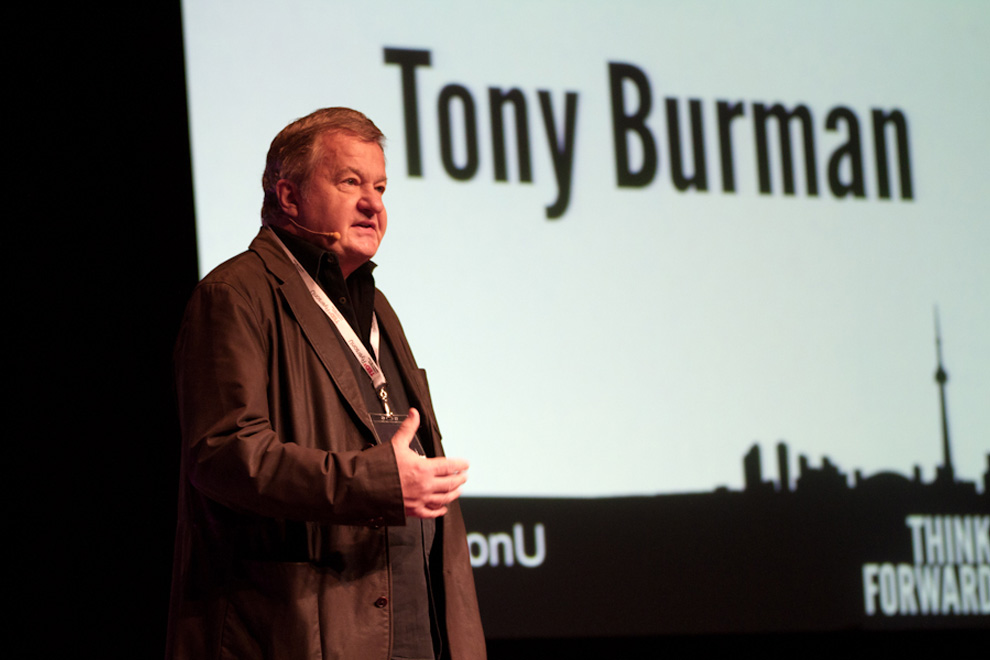 Several weeks ago, Tony Burman (ex Editor-in-Chief of CBC News and Al Jazeera English, pictured right) penned a column in the Toronto Star falsely claiming that former U.S. President Barack Obama said that Saudi Arabia and Israel must “share the neighbourhood” with Iran. In reality, Obama only made this statement with reference to Saudi Arabia only, not Israel.

HonestReporting Canada filed a complaint with the Toronto Star calling for a correction to be issued and our concerns were also detailed in a media critique posted to our website.

Though it took several weeks, HRC can now report that the Toronto Star issued the following clarification notice on July 16 which is featured on Burman’s op-ed on the Star’s website:

While this “clarification” notice is a step in the right direction as it acknowledges that Obama never did say that Israel ‘must share the neighbourhood’ with Iran, nevertheless, the column still wrongly attributes this statement to Obama, despite the Star’s now removing the parenthesis around the words “share the neighbourhood”. The online column now states the following (emphasis added):

The agreement was bitterly opposed by Iran’s regional rivals — Israel and Saudi Arabia — in spite of the prescient warning from U.S. President Barack Obama that war and chaos in the Middle East will not end until they learn how to share the neighbourhood.”

We have asked the Star to amend this incorrect attribution which stands in contradiction to the Star’s own clarification notice.

We have now had opportunity to talk with the columnist. As a result, we will be removing the quotation marks around the words ‘share the neighborhood.’ The columnist was not referring to the Goldberg interview and acknowledges he should not have put those words into quotation marks.

However, he stands by the words as a statement of his perspective supported by facts, telling us he was referring to the many times that Barack Obama during his presidency urged Middle Eastern nations, including Israel, to coexist together and live in peace.

As the columnist states, “That was actually the central element in Obama’s entire approach to the Middle East and he described the Iran nuclear agreement as a step in that direction. “ He has provided us with several examples that support his view.

The columnist acknowledges the words are not a direct quote and we will be removing the quotation marks and adding a clarification.”

To reiterate, Obama never said Israel, which comprises just 0.1% of the land mass of the entire Middle East, must share the neighbourhood with Iran. In Ms. English’s email, she referred to several examples cited by Mr. Burman which she implies serves to substantiate this statement, but has not provided these examples to our attention, a 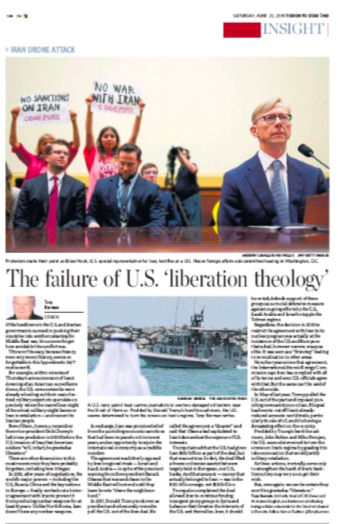 matter which we have since requested.

Mr. Burman says that Obama “described the Iran nuclear agreement as a step in that direction,” of the ambition of Middle Eastern nations working to peacefully coexist subsequent to the Iran Nuclear Deal. However, that’s just not accurate. The JCPOA (Joint Comprehensive Plan of Action) was designed to prevent Iran from acquiring nuclear weapons, full stop. It didn’t condition behaviour change on Iran’s part, it did not require Iran to stop financing, arming and/or dismantling its terror proxies or to mothball its intercontinental ballistic missile program.

Obama was not sanguine — nor did he have a koombaya moment — that the Iran Nuclear Deal would pave the way for comprehensive Middle East peace.

Here are Obama’s own words from a speech he gave about the Iran Nuclear Deal where he explained that the only purpose of the deal was to prevent Iran from acquiring atomic weapons.

Here are a couple abstracts worth highlighting:

The agreement now reached between the international community and the Islamic Republic of Iran builds on this tradition of strong, principled diplomacy. After two years of negotiations, we have achieved a detailed arrangement that permanently prohibits Iran from obtaining a nuclear weapon. It cuts off all of Iran’s pathways to a bomb. It contains the most comprehensive inspection and verification regime ever negotiated to monitor a nuclear program. As was true in previous treaties, it does not resolve all problems; it certainly doesn’t resolve all our problems with Iran. It does not ensure a warming between our two countries. But it achieves one of our most critical security objectives. As such, it is a very good deal. ”

“Now, this is not to say that sanctions relief will provide no benefit to Iran’s military. Let’s stipulate that some of that money will flow to activities that we object to. We have no illusions about the Iranian government, or the significance of the Revolutionary Guard and the Quds Force. Iran supports terrorist organizations like Hezbollah. It supports proxy groups that threaten our interests and the interests of our allies — including proxy groups who killed our troops in Iraq. They try to destabilize our Gulf partners. But Iran has been engaged in these activities for decades. They engaged in them before sanctions and while sanctions were in place. In fact, Iran even engaged in these activities in the middle of the Iran-Iraq War — a war that cost them nearly a million lives and hundreds of billions of dollars.”

“The ruling regime is dangerous and it is repressive. We will continue to have sanctions in place on Iran’s support for terrorism and violation of human rights. We will continue to insist upon the release of Americans detained unjustly. We will have a lot of differences with the Iranian regime. “

While HonestReporting Canada is appreciative of the Toronto Star’s continued cooperation, we’ve asked that the online column be amended and that the “clarification” notice (which we consider as a retraction) be published in a forthcoming print edition of the Star, in the interests of accuracy, transparency and journalistic accountability.

As of this writing, we note with regret that the Star has not taken the corrective action we’ve suggested.