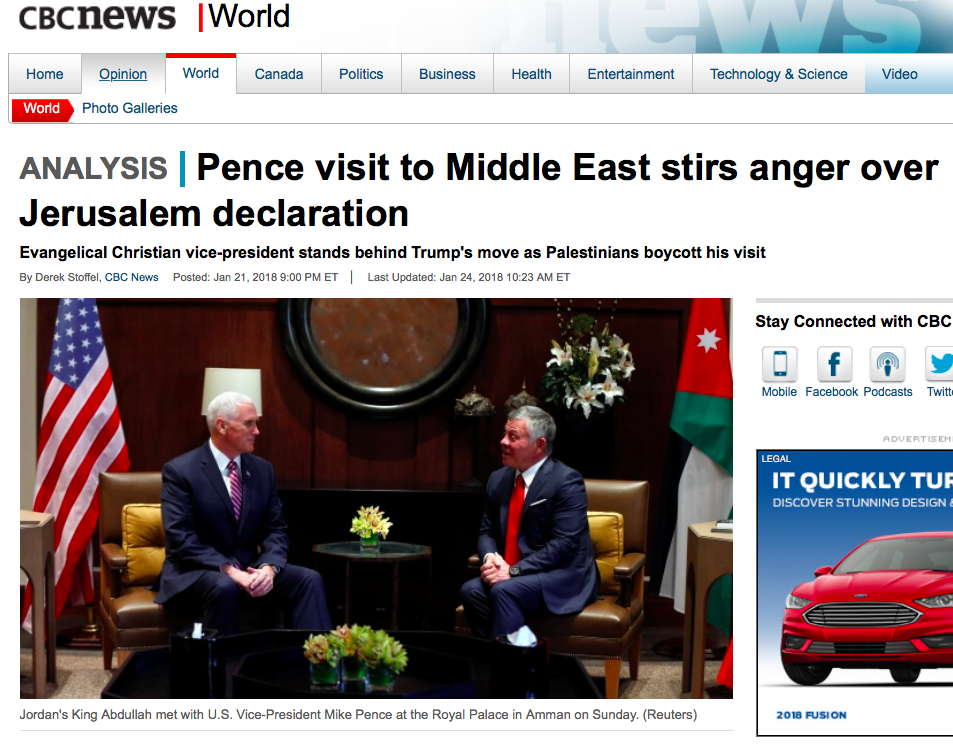 The Pence visit comes six weeks after the vice-president stood next to his boss in the White House as Trump reversed decades of American policy that the status of Jerusalem should be decided in talks between both sides.”

Contrary to this statement, President Trump’s speech specifically asserted that “We want an agreement that is a great deal for the Israelis and a great deal for the Palestinians. We are not taking a position of any final status issues including the specific boundaries of the Israeli sovereignty in Jerusalem or the resolution of contested borders. Those questions are up to the parties involved.”

Trump included a lengthly caveat that it was not meant to predetermine the boundaries of a future Palestinian state and he left open the possibility of east Jerusalem emerging as the capital of a sovereign state of Palestine.

The Trump measure affirms that the status and boundaries of Jerusalem will be worked out through bilateral negotiations between Israelis and Palestinians. Any suggestion to the contrary is not based on the facts.

This error was previously made by the Globe and Mail in December and after HRC intervened, a correction was issued. We are pleased to report that subsequent to receiving our complaint on the day of this report’s publication, CBC News issued the following correction on January 24:

HonestReporting Canada thanks CBC News for its prompt and professional issuance of this correction notice which serves to set the record straight about the U.S. policy on the status of Jerusalem.