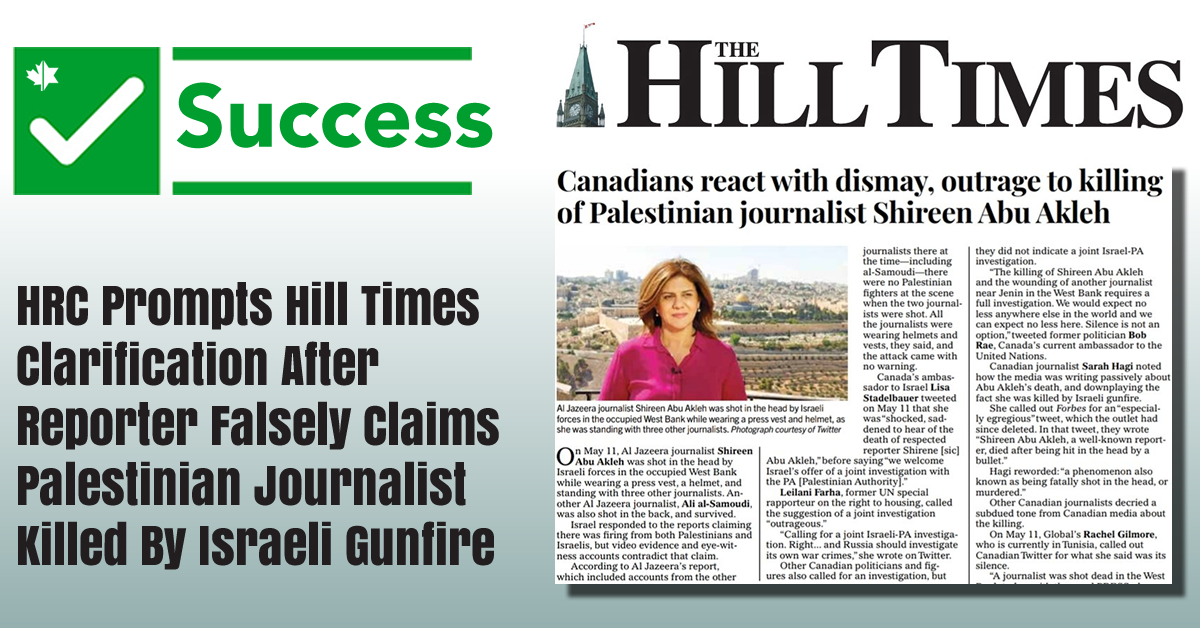 On May 16, The Hill Times published an article by reporter Mike Lapointe which falsely claimed that Al-Jazeera journalist, Shireen Abu Akleh, had been shot in the head and killed by Israeli gunfire. (screenshot below) 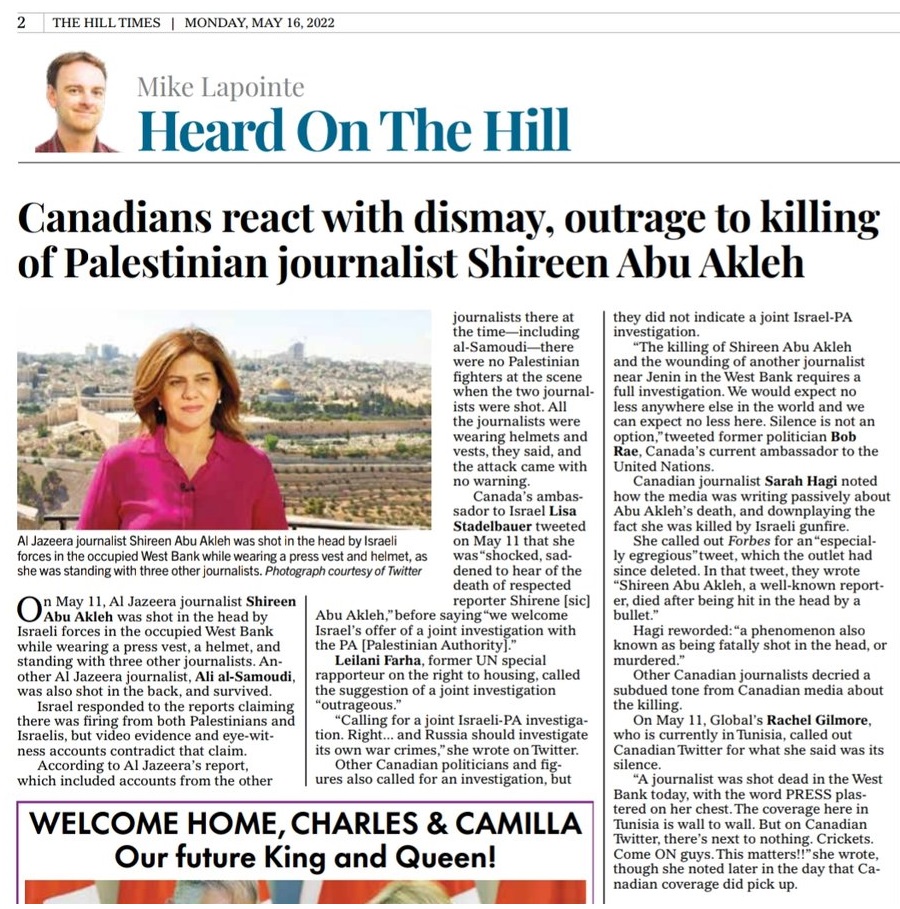 In truth, the veracity of the matter is still unknown. There is no concrete evidence that confirms that Israeli forces killed the Al Jazeera journalist, Palestinian terrorists may be responsible for her death. Furthermore, both Israeli and Palestinian investigations say the results are inconclusive about culpability.

HonestReporting Canada brought these concerns to The Hill Times’ attention, which, to its credit, immediately published a clarification online, amended its news article and then published the following in their paper edition on May 18:

“Canadians react with dismay, outrage to killing of Palestinian journalist Shireen Abu Akleh” (The Hill Times, May 16, p. 2). This article stated that Al Jazeera journalist Shireen Abu Akleh was shot in the head by Israeli forces in the occupied West Bank. The Hill Times would like to further clarify that this statement was based on Al Jazeera’s reporting of the situation, which included eye-witness accounts from other journalists on the scene. Israel disputes the claim, and Abu Akleh’s death is under investigation by multiple parties, including several independent groups. The online article has been updated to reflect this.”

We thank The Hill Times for taking corrective action.