On January 30, the Globe and Mail published a feature-length front page report about President Trump’s Peace to Prosperity plan to resolve the Israeli-Palestinian conflict. 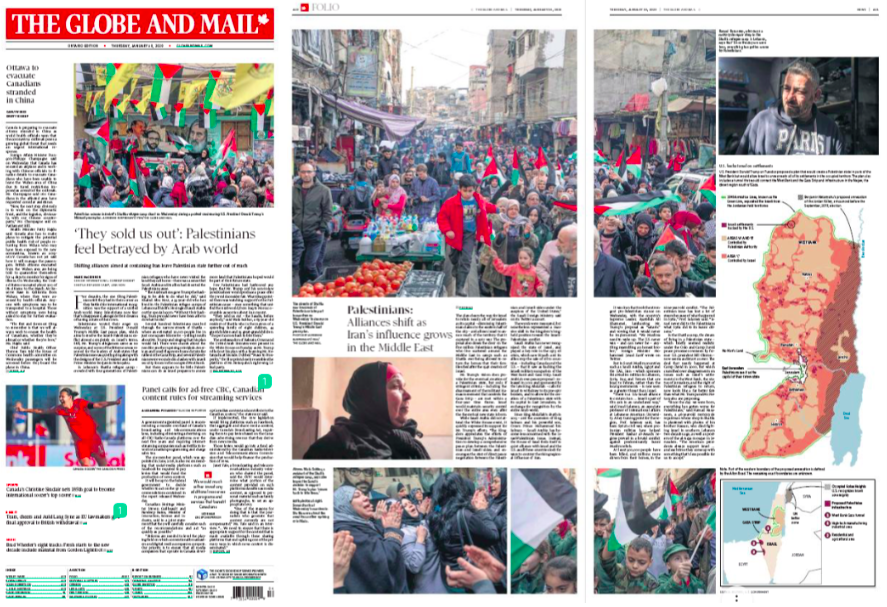 Without taking a position on the plan’s merits and drawbacks of the plan (read it in full by clicking here), HonestReporting Canada liaised with the Globe and Mail to notify senior editors of several material errors in this article.

Firstly, a map produced by the Globe erroneously claimed that Area B of the west bank is under full Palestinian control: 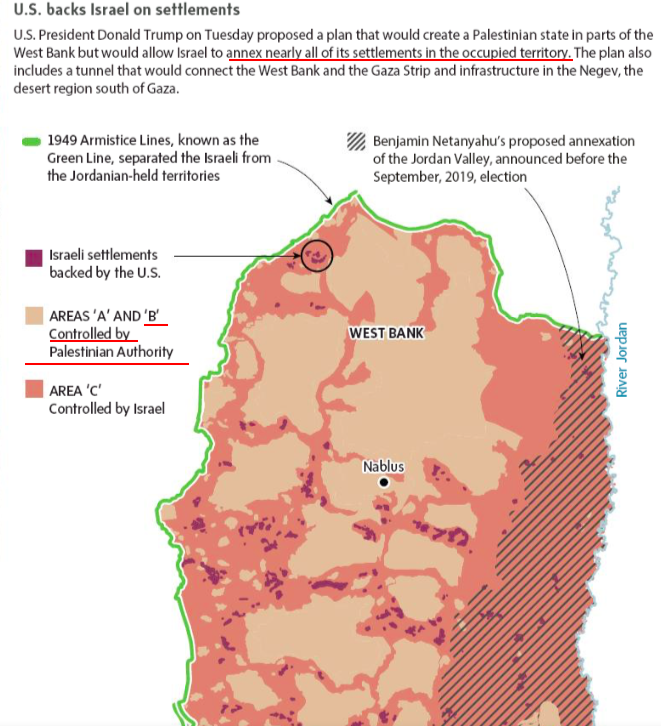 In fact, per the Oslo Accords, the Palestinian Authority only has civil control and police forces are allowed to enforce public order for Palestinians only, while Israel has full security control of Area B in order to prevent terror attacks, though it coordinates some patrols with the PA. It’s only in Area A that the PA has full civil and security control.

The Globe to its credit, On November 1 the Globe acknowledged its error, issued a correction & editors note and amended the map: 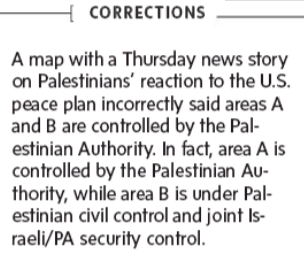 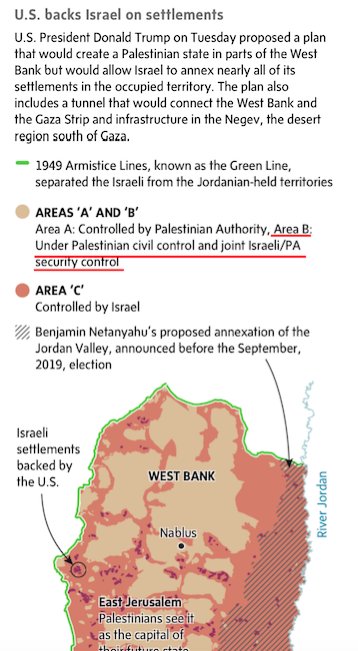 Lastly, we took issue with reporter Mackinnon’s stating the following:

The plan clears the way for Israel to retain nearly all of Jerusalem as its capital – dismissing Palestinian claims to the eastern half of the city – and allows Israel to annex much of the territory that it captured in a 1967 war. The proposal also closes the door on the five million Palestinian refugees who live scattered around the Middle East in camps such as Shatila ever being allowed to return to the homes that their families fled after the 1948 creation of Israel.” 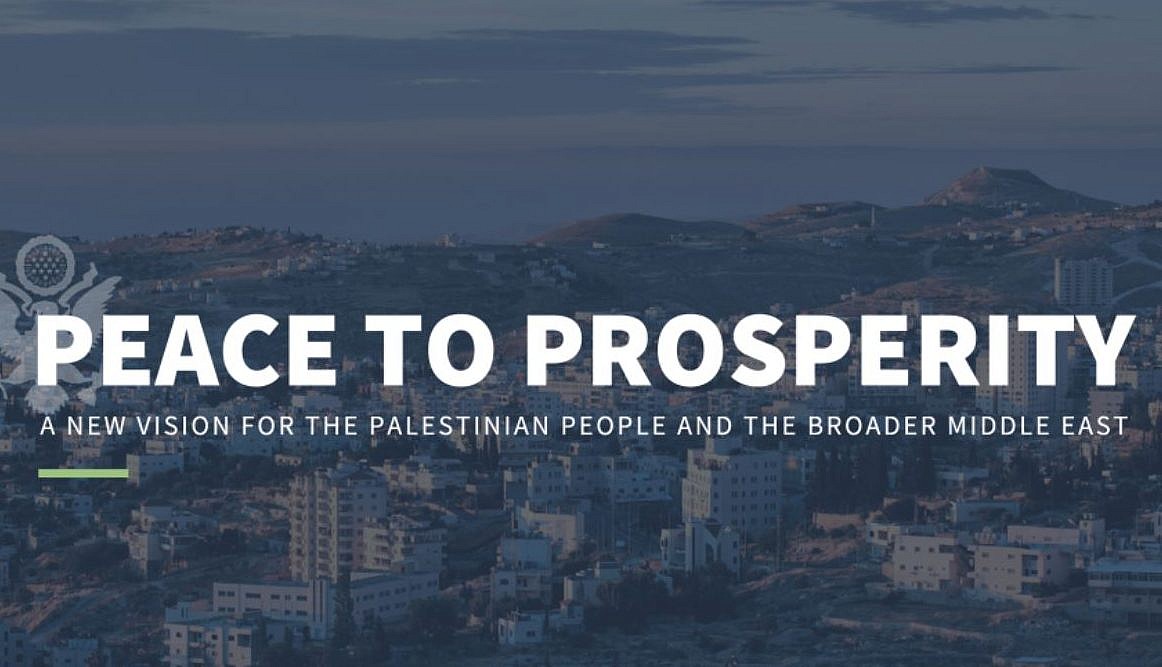 As we told the Globe, the displacement of Palestinian-Arabs didn’t occur because of Israel’s creation, but do to the war that the Arab world launched following Israel’s Declaration of Independence post the Partition Plan (of which, the Arab world rejected the creation/reconstitution of a Jewish state, living side-by-side an Arab state.) The Palestinian-Arab refugee situation came about because pan-Arab armies elected to wage war with the nascent state of Israel in 1948 instead of accepting the presence of a Jewish homeland for the Jewish people. Marauding Arab armies told Palestinian-Arabs to leave to avoid being hurt, while some Arab-Palestinians claimed they were “forced” out. Hence, a dual narrative, but they were not displaced because of the Partition Plan and because Israel was created, that’s just not accurate at all.

While the Globe acknowledged that more could have been written on this topic, editors did not amend this reference which we felt was misleading, unfair and tantamount to historical revisionism.

While the Globe provided feature coverage highlighting Palestinian grievances with the peace plan, the Globe did not produce corresponding coverage detailing the Israeli reaction(s) to the plan. Accordingly, we told the Globe that its readers would benefit from hearing Israeli perspectives on the plan.

Stay tuned to this page for any future developments.