On August 27, HRC contacted executives at CTV bringing three material errors to the network’s attention that were falsely reported in the previous day’s broadcast on CTV News Toronto.

At approximately 12:00pm, CTV reported the following (watch clip below or by clicking here): “To Israel now where peace talks between Israel and the Palestinians are on hold after a shooting at a refugee camp near Ramallah. Israeli security forces opened fire on a group of Palestinians at a refugee camp early today killing at least two of them, and wounding others. Israelis say it was self-defence, Palestinians say it was an act of aggression. The camp for Palestinian refugees is under Israeli control.” 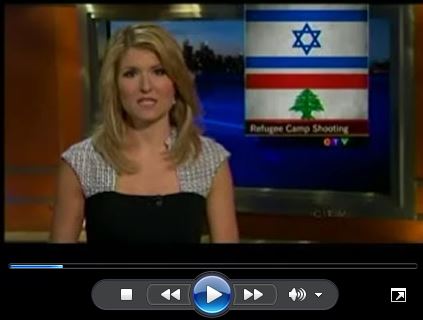 This thirty-second CTV report contained three material errors. CTV claimed without evidence that Israeli troops “opened fire” vs. having “fired” on Palestinians, a CTV graphic falsely claimed Israel made an incursion into a Lebanese refugee camp, and CTV wrongly contended that Mideast peace talks are on hold.

After informing CTV of these errors, CTV commendably issued the following on-air apology as read by Anchor Ken Shaw on August 28 to set the record straight: 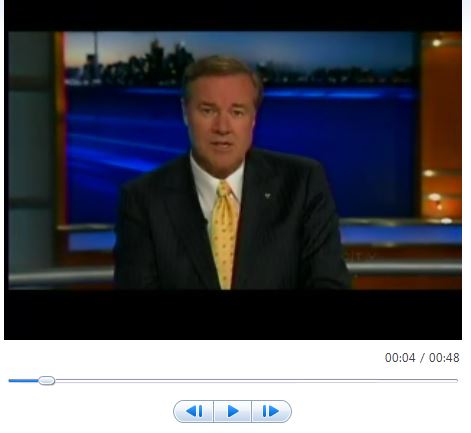 “On Monday’s newscast at this time, we reported on a clash between Israeli security forces and Palestinians at a refugee camp in Ramallah. In that report, we indicated that the peace talks between Israel and the Palestinians were put on hold. To clarify, that information was based on a quote from a Palestinian official, but the U.S. State Department subsequently denied that the peace talks were cancelled. As well, we failed to clarify that according to the Israeli military, the Israeli security force had been attacked by hundreds of Palestinians who threw rocks, fire bombs and other items at the force before the Israelis fired on the Palestinians, and the report also erroneously was accompanied by an illustration of an Israeli and Lebanese flag, rather than an Israeli and Palestinian flag, so we apologize for any confusion this reporting may have caused.”

Writing on behalf of CTV News, Senior Vice President Paul Rogers said the following in a correspondence sent to HRC on August 28:

“While we believe there was no intent to mislead our viewers, we agree that our report could have been more comprehensive and we generally agree with the points set out in your correspondence.  Accordingly, CTV News  clarified the following on its Wednesday noon newscast:

– The comments on the peace talks being on hold originated with a Palestinian official and subsequently the US State Department denied peace talks had been cancelled.

– CTV inadvertently used the flag of Lebanon in the accompanying graphic, rather than the Palestinian flag.

– Regarding your concern about the use of the words “opened fire” CTV News was originally quoting CNN wire copy when reporting that Israeli troops “opened fire” on a group of Palestinians. Later wire copy from other news agencies provided more context concerning the violence, but CTV News Toronto was working with the material that was available at the time. Although we originally indicated in our report that the Israelis say they were acting in self-defence, we further clarified today that the Israeli military has indicated that their security force had been attacked by hundreds of Palestinians, who threw rocks,  firebombs and other items at the Israeli security forces before they fired.

Thank you for bringing your concerns to our attention. It is unfortunate and frustrating when mistakes are inadvertently made.  Again, we hope this response explains our coverage, and we apologize again for any confusion our reporting may have caused.”

By way of CTV’s prompt and considered reply and as evinced in its issuance of an on-air apology, CTV has demonstrated its commitment to providing accurate and accountable news coverage. We commend CTV for its professionalism and are pleased to inform our members about CTV’s sterling efforts in remedying these errors.