At several times on December 16 and 17, CTV News erroneously claimed that Israel’s armed forces killed two Lebanese soldiers in an exchange of fire.

To be specific, CTV wrongly asserted the following: “Tensions are high along Israel’s border with Lebanon today after separate exchanges of fire left three soldiers dead. Late Sunday an Israeli soldier was killed by a Lebanese sniper near the border crossing. About two hours later, Israeli troops reported suspicious movements along the border they opened fire killing two Lebanese soldiers. An Israeli spokesman says his country didn’t want to escalate the violence but would maintain its right to self-defense.”

Watch the news clip by clicking here or on the image below: 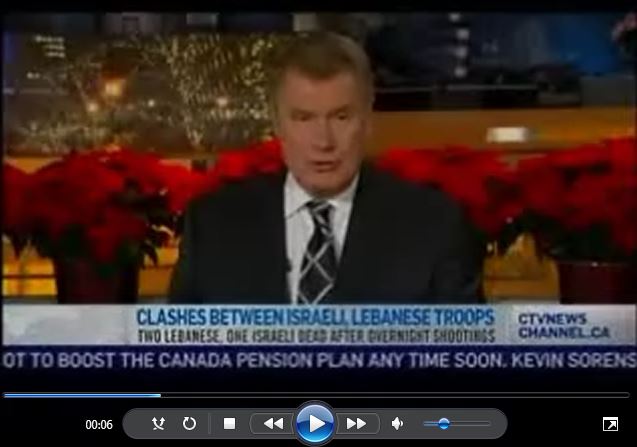 Meanwhile, CTV.ca itself reports: “With the shooter in custody, there was no word on a motive for the attack and no mention of the two soldiers allegedly shot by Israel.”

In light of this information, we asked CTV News to issue on-air correctives to point out that the two Lebanese soldiers were not killed by Israeli soldiers. We are pleased to report that after receiving our complaint, CTV News promptly issued the following on-air apology on December 17 as read by Anchor Todd van der Heyden at 6:24pm for example, and at several times throughout the day:

“On Monday, we reported that two Lebanese soldiers had been shot and killed by Israeli troops. In fact, they were not killed and we’d like to apologize for any confusion this might have caused.”

To watch the apology, please click here or on the image below: 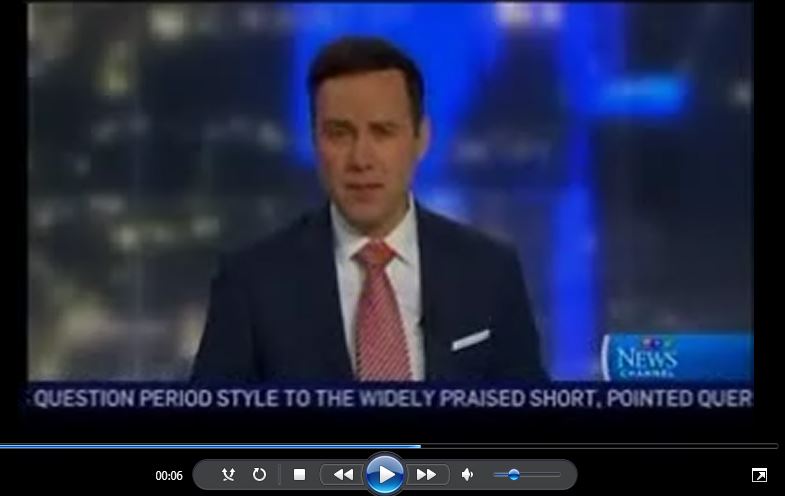 “I received your email concerning a voice-over which aired on CTV News Channel on December 16th.  I have had the opportunity to review both your concerns and the content of the voice-over.    While there was no intent to mislead viewers, we agree the information provided by the anchor during the newscast was incorrect.

Accordingly, CTV News Channel aired a correction and apology on a number of occasions during our Tuesday (December 17th) newscasts.

Again, we apologize for any confusion this may have caused.

Thank you for bringing your concerns to our attention.

This is now the third on-air apology that HRC has prompted CTV News to issue in recent months in its coverage of Israel. To recall, an HRC intervention with CTV in August prompted the network to apologize for claiming without evidence that Israeli troops “opened fire” on Palestinians, for inserting a graphic falsely claiming Israel made an incursion into a Lebanese refugee camp, and for wrongly contending that Mideast peace talks were on hold. Additionally, on December 1, HonestReporting Canada filed a formal grievance with CTV News regarding a CTV Toronto report it aired which falsely claimed that all protesters assembled at a recent Jewish National Fund event honouring Prime Minister Stephen Harper, were there solely to oppose Harper’s support for Israel and the JNF. In reality, the protesters had many gripes with the PM and were criticizing Canada’s prime minister for his environmental policies, First Nations issues, his political leanings, etc., not just for his support for Israel and JNF. Following our complaint, CTV News issued an on-air apology on December 2. Finally, on August 7, the Canadian Broadcast Standards Council (CBSC) upheld HonestReporting Canada’s concerns finding that CTV News breached the CBSC’s Code of Ethics by failing to issue on-air corrections to remedy its erroneously reporting that a Palestinian “hunger striker” died in an Israeli jail. The CBSC’s ruling set a precedent that “on-air errors must be corrected on-air”.

Notwithstanding, HonestReporting Canada again commends CTV News for swiftly recognizing its errors and for promptly and responsibly remedying them.