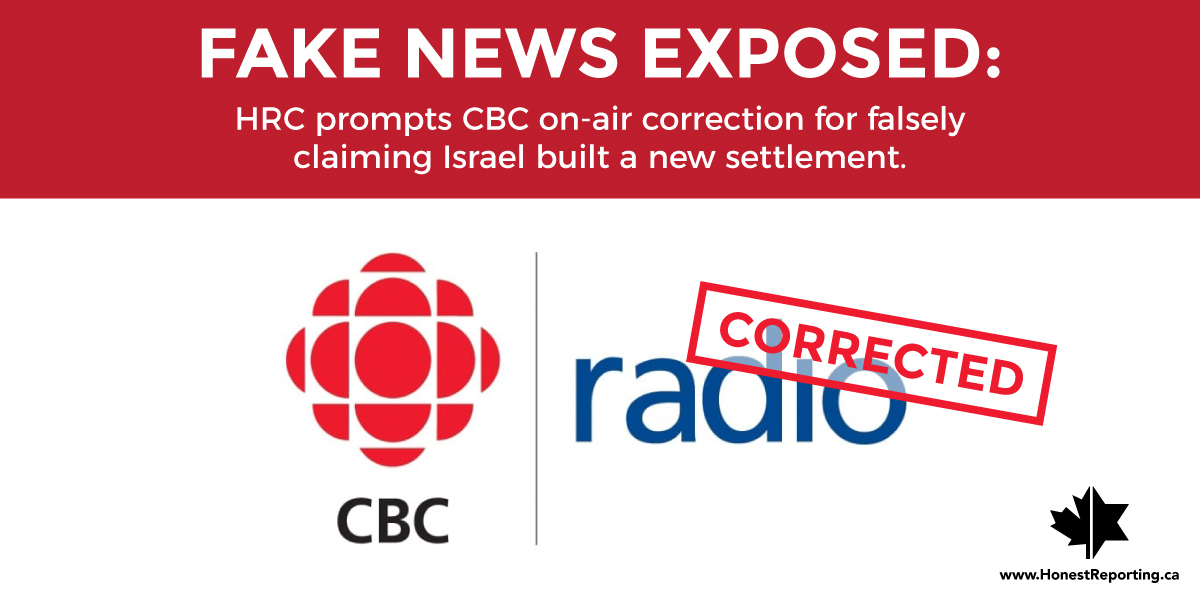 Day in and day out, HRC is on the front lines exposing and countering CBC bias against Israel. Case in point, on the afternoon of July 31, CBC Radio aired a report which erroneously claimed that Israel recently constructed a new settlement.

The CBC report stated the following:

Israeli Prime Minister Benjamin Netanyahu toured the site of a new settlement in the occupied west bank today. His government has approved 6,000 new homes for Jewish settlers, but in a rare step it also approved permits for 700 houses for Palestinians. The announcement comes ahead of a visit by Donald Trump’s Middle East envoy and son-in-law, Jared Kushner, he is coming to explore prospects for his own Israeli-Palestinian peace plan.” 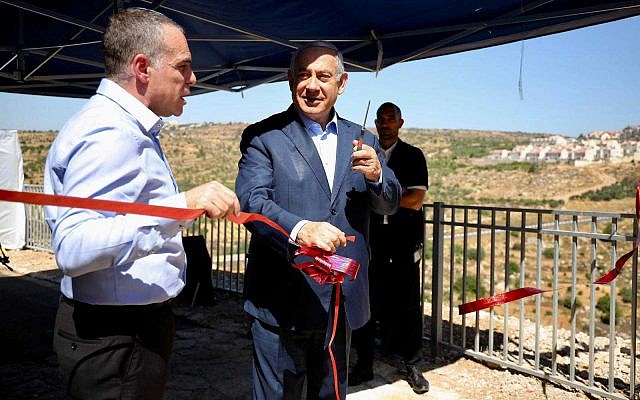 Contrary to the CBC’s report, Israel has not built a new settlement. The Israeli government merely announced plans to build new homes within the existing settlement community of Efrat, as the Times of Israel explains.

After contacting senior editors at CBC, the following on-air correction was broadcast on August 2:

And we’ve got a correction to make, two days ago we incorrectly said Israeli Prime Minister Benjamin Netanyahu visited a new settlement in the occupied West Bank. In fact, he took part in a groundbreaking ceremony in an already established settlement where new houses were being built. It happened after Netanyahu’s government approved 6,000 new homes for Jewish settlers.”

We appreciate CBC’s prompt efforts to set the record straight.