A May 29 article by CBC reporter Evan Dyer carried the following headline that we took issue with: “Violence in Gaza has left behind a changed political landscape in Canada.”

As we told CBC News, it’s not fair, accurate or proper for CBC to ignore violence in Israel as evidenced by Hamas and other Palestinian terror groups firing 4,000+ rockets at Israel. That has also impacted the political landscape in Canada. Accordingly, we requested that the CBC its headline

We are pleased to report that CBC upheld our concerns and amended its headline. See a before and after below: 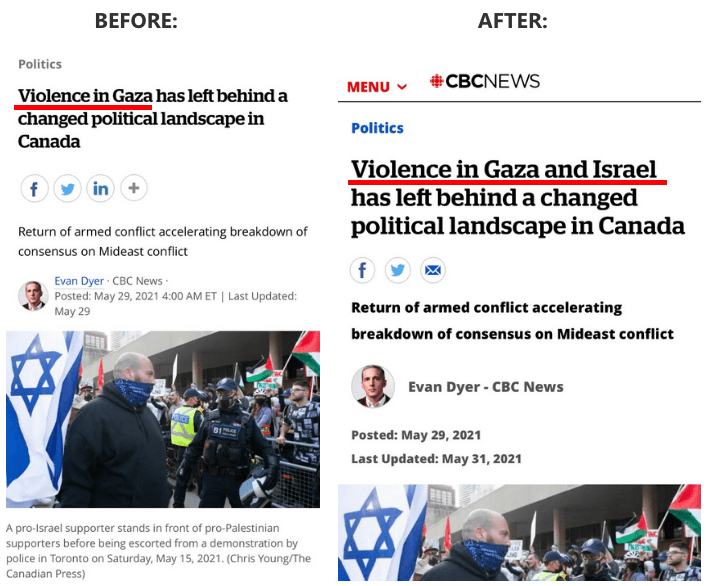