On February 7, CBCNews.ca published an Associated Press article which falsely reported that Russian officials had claimed that the Israel Defense Forces (IDF) nearly shot down a Syrian jetliner carrying 172 passengers from Tehran, but in fact, the Russians actually claimed that Syrian anti-aircraft units nearly shot down the jet, presumably while trying repel an alleged Israeli attack. 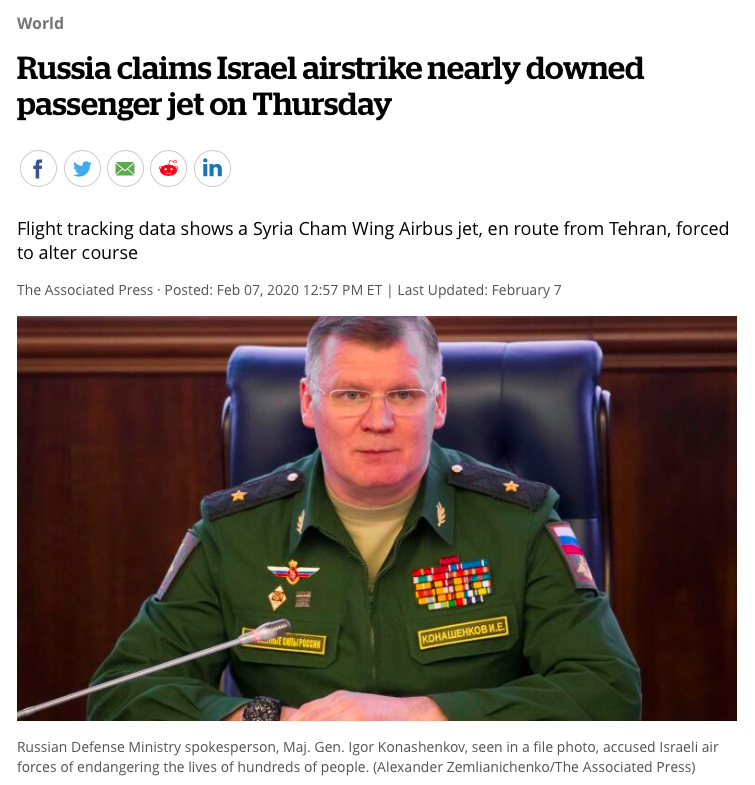 The Russians blamed Israel for allegedly using the jet as a shield. While Israel officially won’t comment on the strike, top Israeli security experts dismissed the Russian claim saying that Israel likely notified the Russians of the impending strike before launching any attack. It’s well known that the Russians and Israeli forces coordinate efforts over deconfliction channels and share intelligence as it relates to operations in Syria, specifically those designed to prevent Iranian-led aggression and the transfer of weapons to Iranian proxy terror groups like Hezbollah.

In the wake of Iran’s shooting down a Ukrainian jetliner killing all 176 people onboard, tensions are certainly high, and the need to report on matters accurately from the Middle East is imperative.

HonestReporting Canada brought our concerns to the CBC’s attention encouraging our public broadcaster to rewrite the story and to publish a correction notice, similar to what the Associated Press did on February 10.

We are pleased to report that CBC published the following correction on February 10:

As well, the article was entirely rewritten and now features this new headline: 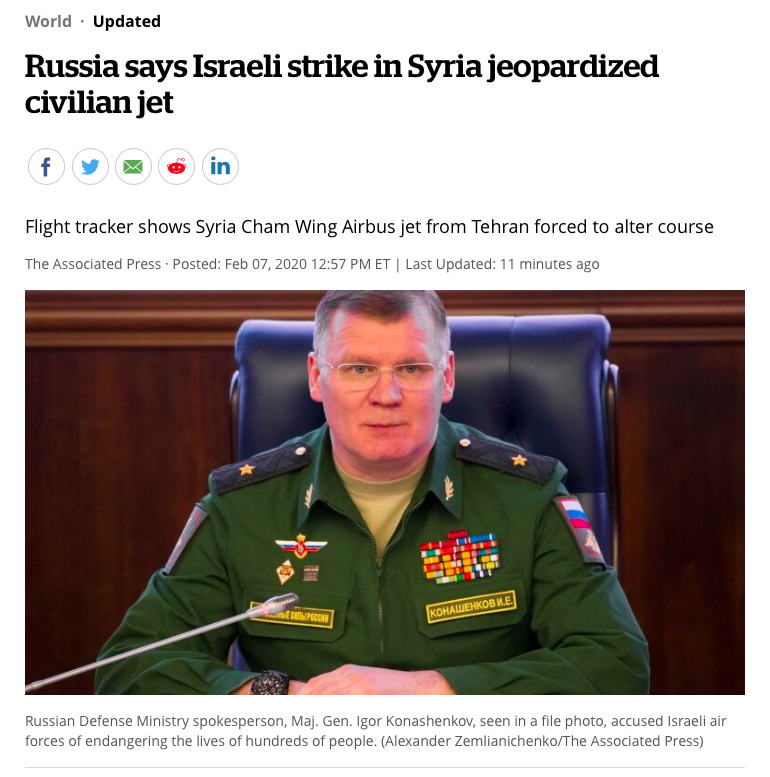 We thank CBC for taking the corrective action it has taken and for setting the record straight.