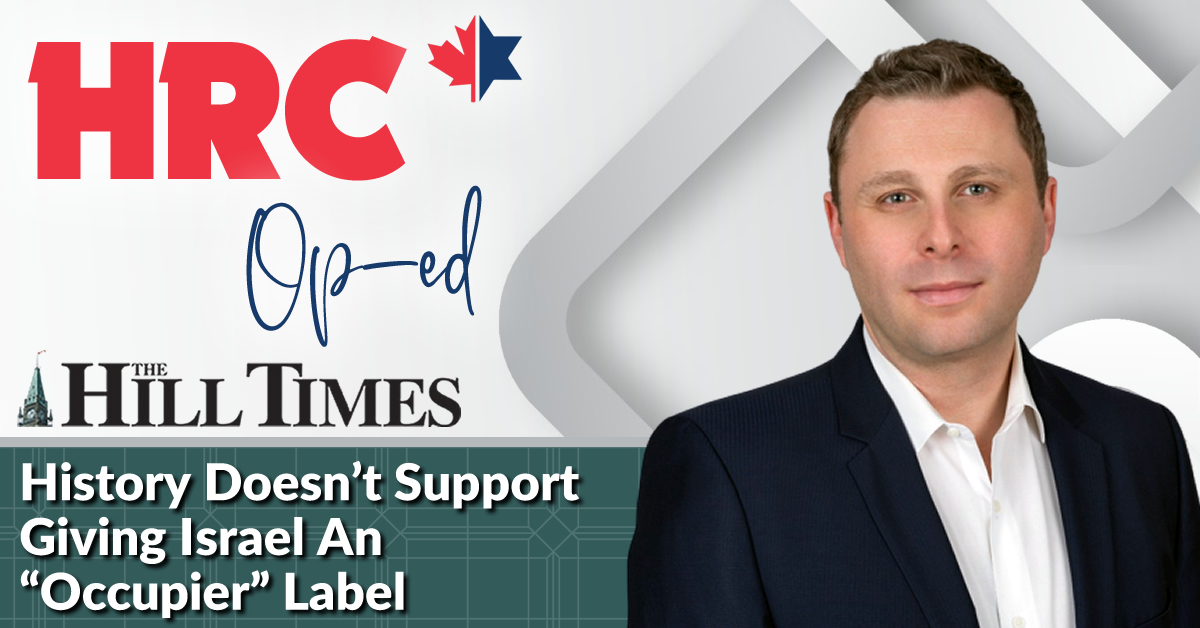 Israel, the nation-state of the Jewish people, is not an “occupier” of its own land and of its own eternal and undivided capital, Jerusalem.

No UN resolution or political proclamation can distort these historical truths.

Furthermore, Jews have historical ties to Judea and Samaria which dates back thousands of years. Israel strenuously disputes claims that it’s an “occupier,” citing pre-existing legal, ancestral, and biblical claims to lands it acquired in a war of self-defence in 1967 against pan-Arab armies seeking its destruction and as there was no recognized sovereign of these areas at the time.

Jordan controlled the area now regarded as the “West Bank” from 1948-1967 following the War of Independence, which saw combined Arab armies try to wipe the nascent State of Israel off the map. Jordan didn’t have rightful title to the land according to international law. Same equally applies for Egypt, which controlled the Gaza Strip from 1948-1967, unlawfully, and which Israel acquired in 1967, but from which, in 2005, it unilaterally disengaged, removing 21 settlements, 8,000 settlers, and its combined armed forces in a unilateral concession for peace.

Importantly, the Palestinians have never had sovereignty and statehood, and according to Israel’s position and many leading international jurists, the laws of occupation aren’t applicable.

Make no mistake, when the Jewish people achieved independence from the United Kingdom in 1948, it represented a victory of indigenous peoples over colonialism. Israel did not become independent in 1948 from the United Kingdom by accident. It is the ancestral and indigenous homeland of the Jewish people, who have lived in the land of Israel for 3,000 years, outlasting a long string of foreign imperial powers such as the Romans, Persians, Greeks, Babylonians, Ottomans, and many others. To wish three millennia of history away and describe Israel as a colonizing power is to write off the lived experiences of an indigenous people who have reclaimed their homeland from what was a colonial power, the United Kingdom.