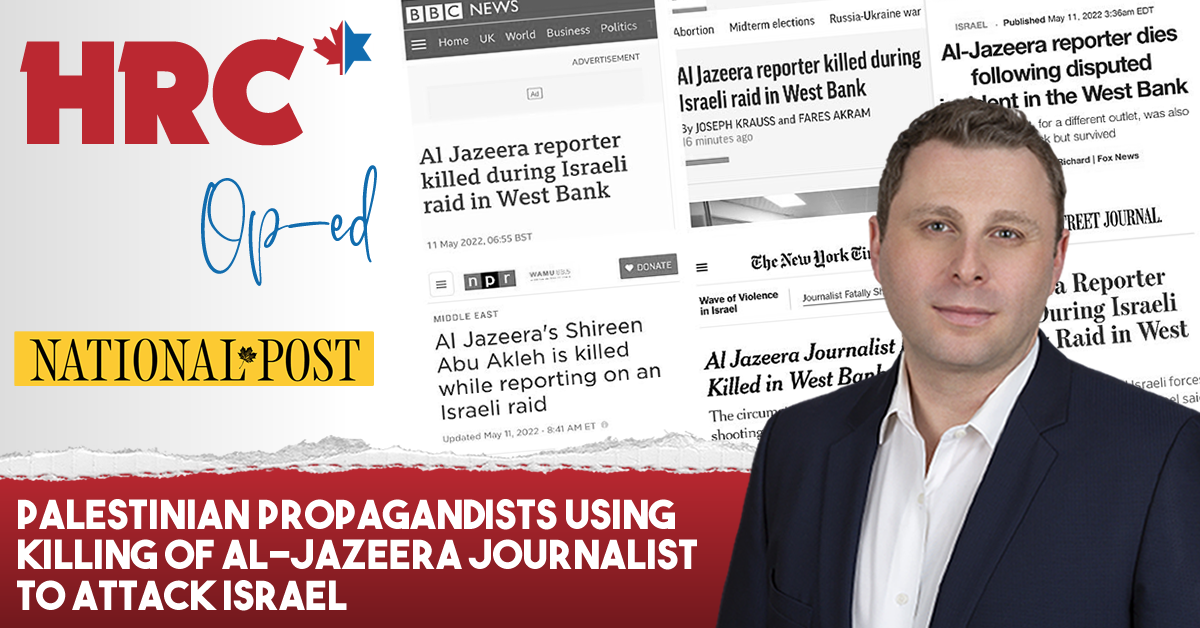 
On May 11, Shireen Abu Akleh, an experienced 51-year-old reporter with Al Jazeera, was tragically killed by a gunshot wound to her head while covering Israeli counter-terrorism operations in Jenin, a Palestinian city known for being a breeding ground for terrorists.

During fierce clashes that occurred during an arrest raid of wanted terror suspects, some who were complicit in the murder of 19 innocents in Israel in recent weeks, Israeli soldiers faced heavy and indiscriminate gunfire by Palestinian terrorists and had explosive devices thrown at them. In the course of these hostilities, Abu Akleh was killed.

Amidst this fog of war, this tragedy was immediately pounced on by pro-Palestinian activists and international journalists who accused Israel of shooting Abu Akleh, despite producing no evidence, only conjecture, to buttress their claims.

In conformity with international law, getting to the bottom of the death of a journalist is a top priority, but sadly, there’s been a zeal to vilify, but not verify.

That’s why Israel called for an impartial and comprehensive investigation into Abu Akleh’s death, and invited the Palestinian Authority (PA) to work together.

This request was unceremoniously rejected.

“Israel requested a joint investigation and the handing over of the bullet that assassinated the journalist Shireen, and we refused that, and we affirmed that our investigation would be completed independently,” Hussein al-Sheikh, the head of the Palestinian Authority’s Civil Affairs wrote on Twitter. 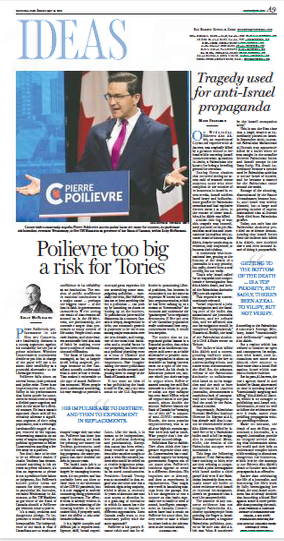 The bullet which killed Abu Akleh and a corresponding ballistic analysis may provide the key to understanding whom, and under what circumstances, she died. But the adamant refusal of the Palestinian Authority to collaborate with Israel on an investigation and the rush to bury the deceased Al Jazeera journalist, demonstrates a suspicious lack of transparency and unwillingness to find the truth by the Palestinian Authority.

Importantly, Palestinian Forensic Medicine Institute Director Dr. Rayyan al Ali, has already said that it cannot be determined whether Abu Akleh was killed by Israeli fire or by a Palestinian bullet until a full investigation is completed. Meanwhile, the results of the Palestinian autopsy were inconclusive.

This begs the following question: if the Palestinians have nothing to hide, why are they refusing to cooperate with a joint investigation with Israel and/or a third party? And even if the Palestinian leadership does eventually share the bullet or other evidence with Israeli or external investigators, there’s no guarantee that it won’t be tampered with.

The absence of any concrete evidence has not stopped Palestinian Authority spokespeople from pointing the finger at Israel. Hanan Ashrawi, a long-time Palestinian politician, posted on Twitter that Abu Akleh was “shot & murdered by the Israeli occupation army.”

This is not the first time that a tragic death was immediately pinned on Israel. In September 2000, 12-year-old Palestinian Muhammad al-Durrah, was apparently killed by a bullet when he was caught in the crossfire between Palestinian forces and Israeli troops in the Gaza Strip. His death immediately became a symbol used by Palestinian activists to accuse Israel of murder, and he became a martyr for the Palestinian cause around the world.

Footage of the shooting, disseminated by the France 2 broadcaster, became iconic, and Israel was widely blamed, but a large and growing number of experts maintained that al-Durrah likely died from Palestinian gunfire.

For a regime which has refused to conduct an open and transparent investigation with Israel, such accusations are more than absurd; they amount to little more than a blood libel against Israel which may lead to further violence.

For its part, Al Jazeera, the news agency based in and funded by Qatar, also wasted no time in accusing Israel of “intentionally targeting and killing” Abu Akleh. Al Jazeera, which is no stranger to publishing anti-Israel misinformation, would do well to follow the evidence wherever it leads, rather than peddling propaganda without providing evidence.

Make no mistake, the death of any civilian, particularly a journalist, is a tragedy. Journalists provide an integral service sharing vital information about the world and they help us understand complex issues while working in oftentimes dangerous environments, which is why the attempt to use Shireen Abu Akleh’s death to further anti-Israel propaganda is so offensive.

Rather than celebrating the life of a journalist, and honouring her life’s work by fully investigating her death, the anti-Israel movement has evidently decided that launching a blood libel against Israel is more preferable than pursuing the truth.