An HRC member’s letter published in the Winnipeg Free Press today clarifies that Israel intends to play no part in Syria, despite a caption to a photo published on Friday August 30 which stated “Israelis are preparing for a military intervention in Syria”. 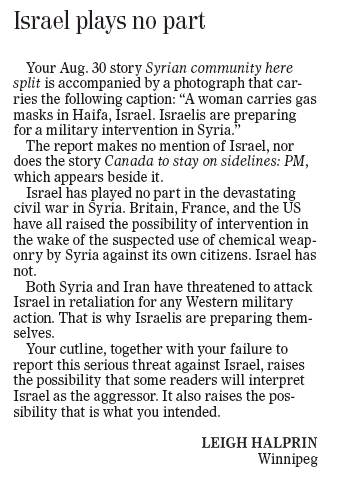 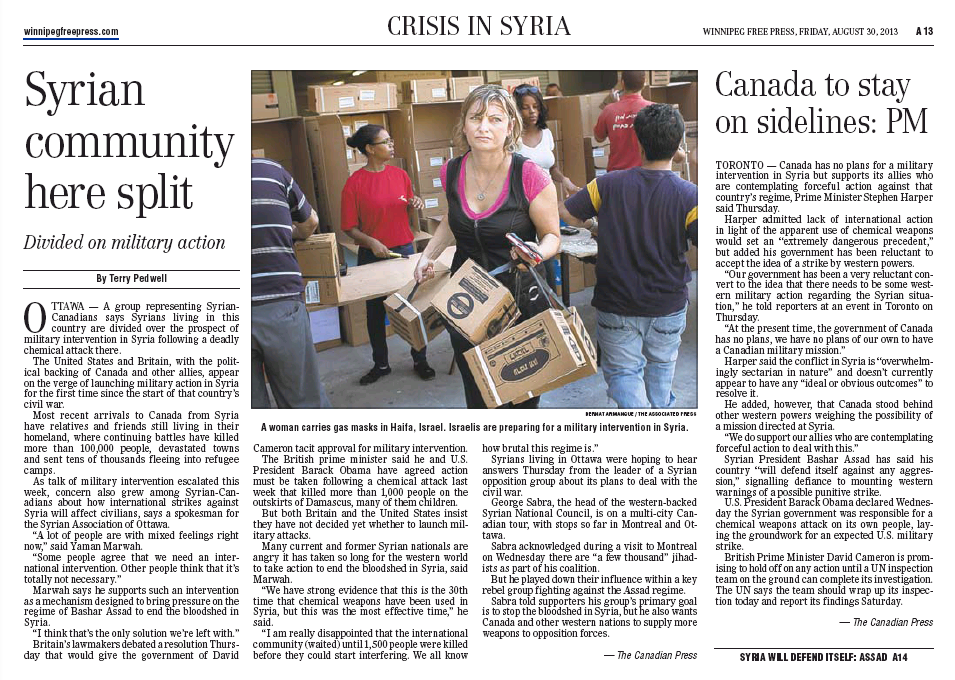