HRC in Times of Israel: “Where’s The Outrage: Jews Attacked Over Chanukkah” 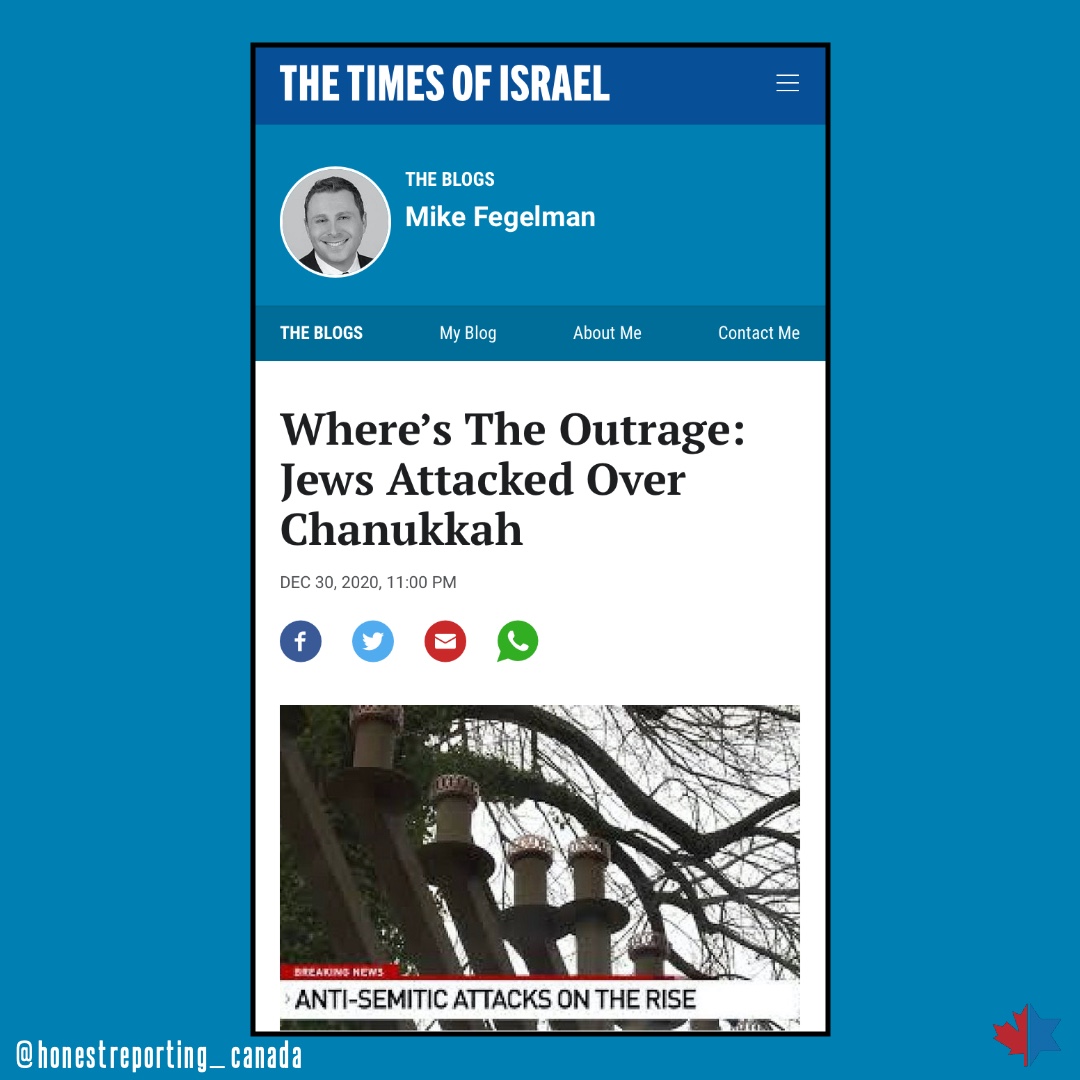 Read our commentary on the Times of Israel website or immediately below.

For more than two thousand years, Jews around the world have celebrated Chanukkah, the festival of lights, which commemorates their triumph in thwarting the ancient Greek empire who tried to forcibly assimilate the Jewish population of the Levant in 165 BCE.

Since then, Jewish communities have celebrated this joyous holiday by lighting menorahs, eating festive foods such as latkes and jelly donuts, spinning dreidel and spending time with family and loved ones.

As we Jews often remark about the repeating theme of our religious holidays: “They tried to kill us, we won, let’s eat!”

In Canada, the most recent data from Statistics Canada shows that the Jewish community – while representing just over one percent of the country’s overall population – nonetheless represents the single most targeted group for hate crimes, at nearly 20 percent of all hate-motivated crimes across Canada. But antisemitism is clearly not just a Canadian problem; it’s a global scourge.

A comprehensive list of antisemitic attacks around the globe would be impossible to list briefly, but what follows is just a small illustration of the depth of incidents that Jewish communities around the world were hit with, and keep in mind, these attacks only occurred on the eight days of Chanukkah:

The above list is unfortunately far from comprehensive. One can easily extrapolate to 365 days in order to fully understand the depth and intensity of antisemitic actions which Jewish communities across Canada and the world face on a daily basis.

History has tragically shown that what often starts as vandalism or verbal assault can quickly morph into a physical attack. As a result, antisemitic incidents need to be treated seriously.

The news media has a solemn duty to ensure that such antisemitic incidents are responsibly reported, and within context of the extent of antisemitic activity; not to encourage the perpetrators, but to educate the public about the disturbing incidences of hatred directed at Jews that continue to manifest in Canada and around the world.