View our commentary on the Times of Israel website here.

Less than nine months after its last legislative election, Israel is once again set to go to the polls again this spring, after the Knesset recently failed to pass the 2020 budget.

In what will be the fourth election in just two years, Israelis will choose between the incumbent, Prime Minister Benjamin Netanyahu, and his challengers, primarily, Gideon Sa’ar, Naftali Bennett, Benny Gantz, etc., among a growing list of contenders.

Frequent elections have become a frustrating experience for many Israelis, but they also serve as a powerful testament to Israel’s commitment to democracy, in contrast to how rare electoral democracy is in the Middle East, and what a privilege self-determination is for citizens of Israel.

As Winston Churchill famously observed: “Democracy is the worst form of government except all others.”

While Israel once again gears up for a national vote in three months’ time, Palestinians living in Gaza and the West Bank have been robbed of a democratic voice by their own leadership. 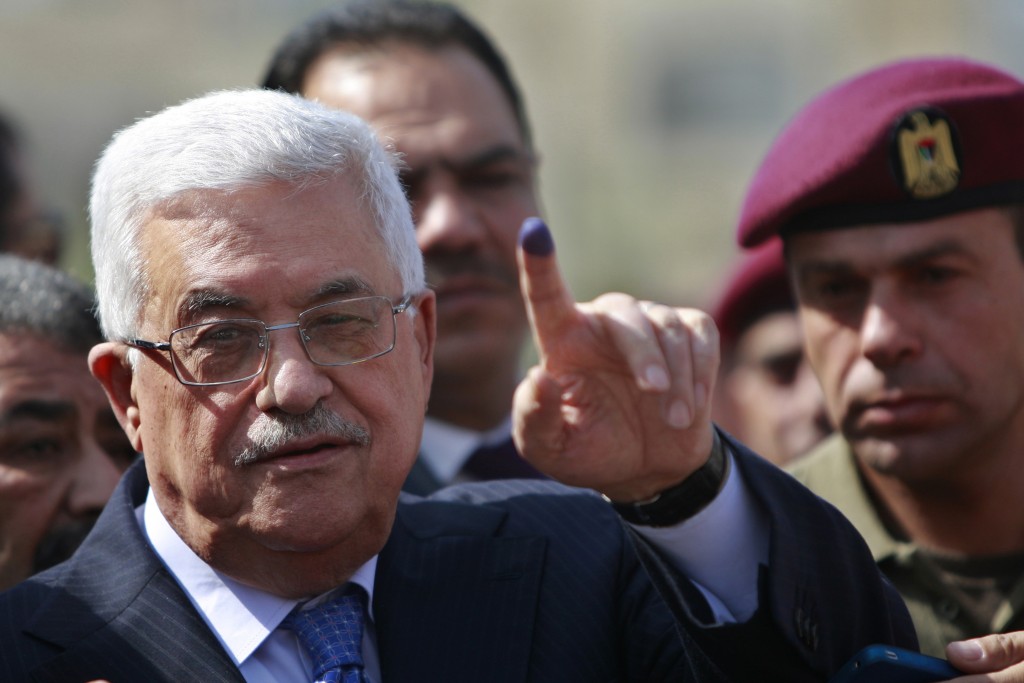 Mahmoud Abbas was elected in January 2005 for a four-year term as president of the Palestinian National Authority. His term was scheduled to end in January 2009, but he remains in power, and will soon mark 17 years in the same position.

Palestinian elections first became delayed due to internecine conflict between the Palestinian Authority, and its more Islamist rival, the Hamas terror group who wrested control of the Gaza Strip in 2007 and who has ruled the territory with an iron grip. Disagreements between the two factions has meant a stagnated process, and Abbas has for more than a decade continued to rule by autocratic decree, because the Palestinian Legislative Council has not met since being suspended in 2007.

Of course, democracy is a lot more than voting every few years for political leaders. It also means the right to free expression, beliefs, opinion, expression, and so on. In Canada, such rights are protected in the Charter of Rights and Freedoms, and in Israel they are protected by the Basic Laws of Israel, a list of 14 individual liberties which are guaranteed by the country. These are the bedrock of any liberal democracy, and one which truly provides self determination to its people.

Tragically, in addition to the lack of presidential and legislative elections in the Palestinian territories for the past 16 years, the Palestinian Authority provides no such liberties to its subjects. While Palestinian legislation does offer free expression to its people, the reality is in fact quite different. Writers, bloggers and other public figures have been arrested by Palestinian security forces for daring to criticize Mahmoud Abbas, in a clear attempt at intimidating independent thought and silencing dissent.

A hallmark of liberal democracy is freedom of religion and freedom of association. In Canada and Israel, peoples of all faiths – or no faith at all – face no government sanctioned persecution. But in the Palestinian territories, it is illegal to sell land to a Jew, and numerous Palestinians have been murdered after being suspected of making an “illegal sale.”

The lack of Palestinian democracy is not merely an internal issue; it is a regional one. Currently, the autocratic regime of Mahmoud Abbas seeks only to maintain its own stranglehold on power, and has shown little interest in the welfare of its people. But it doesn’t have to be this way. The more that the Palestinian people see that they have a stake in their own future, the more likely they will be to seek peace and dialogue with the Jewish State. Democracies have tended to have a more peaceful relationship with each other than dictatorships, an unsurprising fact because in a democracy, voters see the consequences of their leader’s actions, but dictators rarely do. As the last few months have shown, a growing number of Arab & Islamic states are establishing peace agreements with Israel, and it’s only a short time till more join the circle of peace brought on by the Abraham Accords. It’s arguably in the best interests of the Palestinians, and of the wider cause of peace in the Middle East, that the Palestinian Authority provides both electoral and liberal democracy to its people.

While the news media can and should hold Israel accountable for decisions its government makes, certainly the same should apply to the Palestinian leadership, as well. The Palestinian Authority claims to offer democratic voting rights to its people, but has continued to deny them those same rights for more than a decade. That should be objectionable to anyone who believes that the Palestinian people should have a say in their own future.