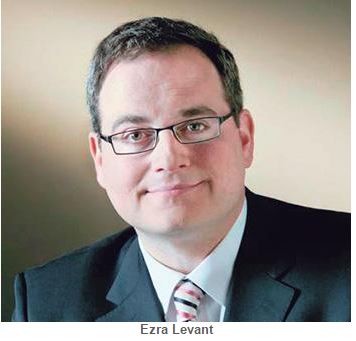 Sun News Network never acquired a mass audience comparable to established media outlets, but the now-defunct network “made a difference” and influenced the mainstream media’s coverage of issues it would otherwise have ignored, said Ezra Levant, a former Sun host.

Sun TV tackled issues other news agencies avoided, was never afraid to mince words when it came to terrorism, and avoided kid-glove coverage of convicted terrorist Omar Khadr, he said.

Sun influenced the mainstream media, who realized “they couldn’t get away with things… I think we lived rent free in the minds of the rest of the media,” Levant said.

Sun TV ceased operations Feb. 13 after nearly four years in operation. Its supporters blamed the CRTC for failing to give the network the same public access enjoyed by its cable news competitors run by CBC and CTV.

Sun TV “made a difference. We had a small viewership, but our videos [online] went viral,” Levant said.

In addition to reporting on the rise of Islamic extremism in Canada, Levant said Sun TV presented its viewers with more balanced coverage and analysis of the Arab-Israeli conflict, as well as the wider Middle East. No one else in Canadian television covered the 2014 New York Muslim Day Parade float that featured caged women, he added.

Sun also reported on the chants of “Heil Hitler” during a pro-Hamas rally in Calgary. Levant noted that a print journalist avoided reporting on the contents of the chant. Afterward, Sun questioned police and political officials on why they didn’t lay charges against four pro-Hamas demonstrators who assaulted a half-dozen counter-demonstrators in broad daylight in the streets of Calgary. Charges were eventually laid.

Levant and other former Sun employees have launched TheRebel.media, an online venture that’s covering the sort of issues tackled on Sun. One of its first items was a report on a Toronto imam who claims  9/11 and the Charlie Hebdo massacres were government plots that had nothing to do with Muslims.

Spokespeople for several Jewish groups lamented the loss of Sun TV, both for the coverage it gave to issues they found important, and because it signalled yet another diminishing of the news media landscape.

Fegelman said “Sun TV produced critical coverage that the traditional media was afraid to touch upon,” including local manifestations of radical Islam.

Sun TV provided “a counterbalance” to the news you’d see on CBC. “You’d see sources you’d never see on the CBC that present a conservative bent,” he said.

Martin Sampson, director of communications and marketing for the Centre for Israel and Jewish Affairs (CIJA), said “We had a very collegial relationship with many people at Sun TV.”

He added: “I think the Canadian media landscape is poorer without Sun. I think what we want in a democracy is a whole array of voices and they gave voice to a particular part of the political spectrum – small ‘c’ conservative, the right.”

CIJA was often called on to present its views on issues involving Israel and the rise of anti-Semitism in Europe, he said.

Jonathan Halevi was a frequent guest on Sun. A retired Israeli Defence Forces intelligence officer, he would update viewers on the support for terrorism in Canada and in the Middle East.

“Sun did a very good job covering radical Islam in Canada,” he said. “That was a huge contribution to the public debate.”

For his part, Halevi presented Sun viewers with videos and other evidence that there is local support for terrorism and radical Islam. These are openly available, he said, and let viewers to hear “what they were saying in their own words.”

Levant said when Sun TV folded, he lost “the best job of my life,” but making the best of a difficult situation, he said TheRebel.media will step into the void left by Sun TV’s departure to present Canadians with a conservative perspective on events.