HRC In Now Magazine: “The Reality for LGBTQ Palestinians”

In Now Magazine today, HRC Research Analyst Noah Lewis pointed out that Israel is the paragon for respecting and promoting LGBTQ rights, in sharp contrast to the broader Arab world and Middle East, where on the basis of your sexual identity, you could be discriminated against, jailed, tortured and executed.

HRC’s commentary responded to a letter from an anti-Israel detractor, David Lewis, (no relation to Noah) which had been published on July 11. Both letters are below: 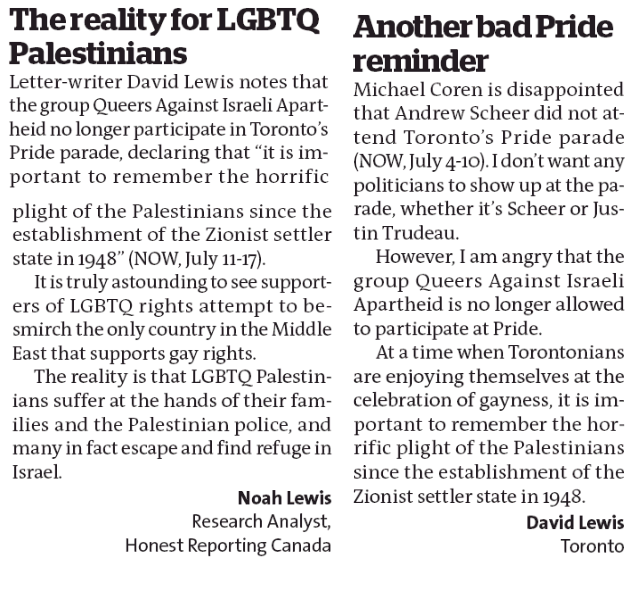