In the Hamilton Spectator today, HRC rebutted columnist Gwynne Dyer’s unsubstantiated claim that recent Israeli airstrikes on military targets in Syria – which came in response to the breach of Israeli airspace by an Iranian-made drone from Syria – was a “huge overreaction” by Israeli Prime Minister Netanyahu. Dyer claimed (without foundation) that Netanyahu authorized these military efforts to “draw attention away” from domestic corruption allegations.

Our rebuttal can be found here: 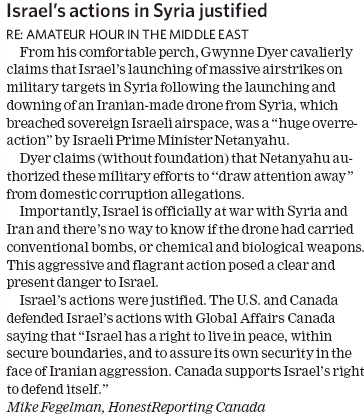 Dyer’s column can be found here: 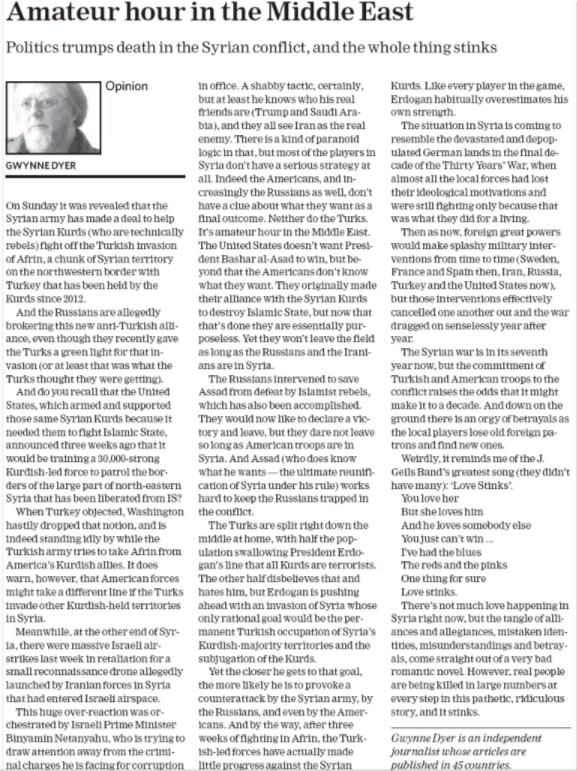