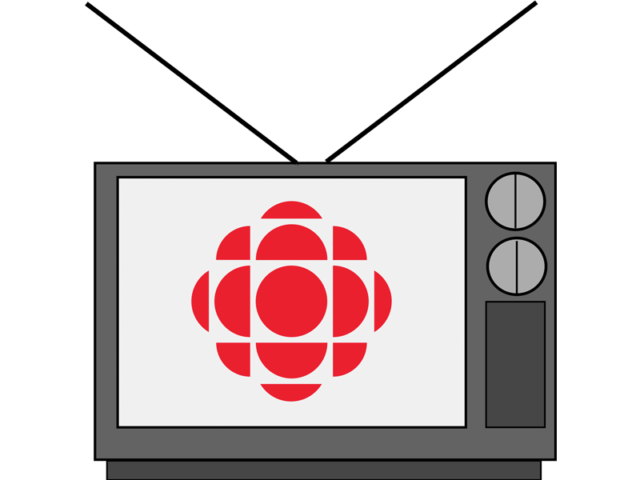 Since the beginning of the year, HonestReporting Canada (HRC) has made close to 100 complaints to the CBC, over what the organization believes are unfair or inaccurate reports about Israel.

The volume is in part due to the fact that the CBC has so many platforms, including radio, television, its website and social media. But in too many cases, there is “a pattern of problematic reporting,” said Mike Fegelman, executive director of HRC.

In a recent case, HRC was concerned that a CBC report about a “paramedic” who was shot and killed by Israeli forces during the confrontations in Gaza in May omitted the crucial information that the man, Musa Abuhassanin, was a captain in Hamas’ security force, and that Hamas boasted about his service.

The self-proclaimed “Great March of Return” prompted another complaint to the CBC, this one from the Canada Palestine Association (CPA) in Vancouver, which alleged that the public broadcaster’s reporting on the conflict used language that minimized Israeli wrongdoing, was one-sided in Israel’s favour and, while specifically citing HRC, reflected undue influence by “the pro-Israel lobby.”

Esther Enkin, the CBC’s ombudsman, dismissed both complaints. In the case of the HRC complaint, Enkin said that the paramedic was a minor figure in the story, which focused on the allegation that Israeli troops shot and wounded London doctor Tarek Loubani and that the medic who treated him was subsequently killed by Israeli forces.

“The story is based largely on Dr. Loubani’s account of what happened. The fact that the medic, Abuhassanin, was a member of Hamas was not essential to the understanding of the story in this context,” Enkin stated.

“At the time of the publication of this story, CBC News staff were not aware of that affiliation.”

However, HRC’s complaint argued that, “In a battle between Israel and the Hamas terror organization, where this individual was depicted as being an innocent victim, but who turned out to be a member of an outlawed terror organization, how can this information not be considered essential? There is every possibility that he undertook nefarious actions due to his belonging to a proscribed terror group.”

On the complaint from CPA chair Hanna Kawas, Enkin stated:

You believe that CBC News staff is unduly influenced by a ‘pro-Israeli lobby.’ You said they ‘succumb to their dictates, propaganda and falsehoods.’ You thought the language used to report the clashes was aimed at downplaying Israeli actions and represented CBC’s attempts to ‘obscure Israel’s premeditated killing of unarmed protesters.’ … There is no merit to your contention that CBC News is beholden to any side in this conflict.”

I was really taken aback by it,” he said. “I really do take umbrage with the slur thrown at us and supporters of Israel that the CBC is beholden to the Zionist lobby. That repeats the trope that Jews control the media. It’s baseless and incredibly distasteful.”

Fegelman said HRC brings its concerns to the CBC when it believes the news organization has missed the mark in its duty to be fair and accurate, but that it does not control the CBC’s reporting.

CPA did not respond to requests for a comment.

Turning to the CBC’s failure to identify Abuhassanin as a Hamas operative, Fegelman argued that the CBC fell short in its journalistic duties.

“The CBC took it at face value that he was a medic, based on information from a biased source with an agenda,” he said.

Fegelman thinks it’s troubling that even after the CBC learned that the man was a Hamas operative, it did not amend its report or investigate him further. Instead, it adopted a narrative in which Abuhassanin was portrayed as “an altruistic paramedic who was out there to treat the wounded and save lives. We don’t know that. Who’s to say he wasn’t a Hamas scout?” Fegelman asked.

As of Sept. 27, a story on the CBC’s website, in which Carol Off interviews Loubani, still refers to Abuhassanin as a medic, without referencing his affiliation with Hamas. A different CBC story about Hamas’ involvement in the protests does reproduce a Hamas infographic of 10 of its operatives who were killed in a single day in May, including Abuhassanin, but does not link him to the Loubani story.

On May 18, the blog site Israellycool published the Hamas infographic, which identifies Abuhassanin as “captain” of Hamas’ security forces.

According to Loubani, Abuhassanin was shot in the chest while ministering to wounded Palestinians. 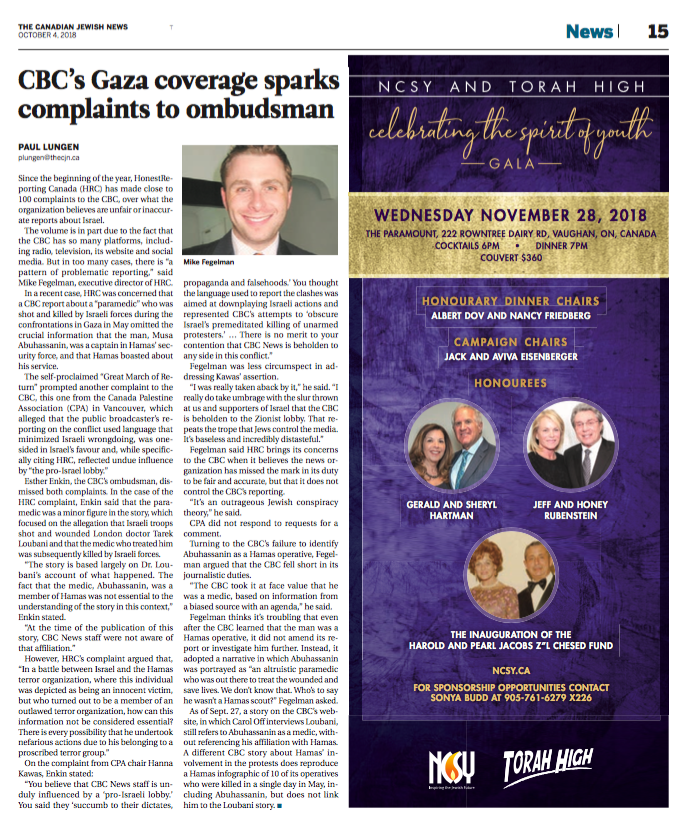