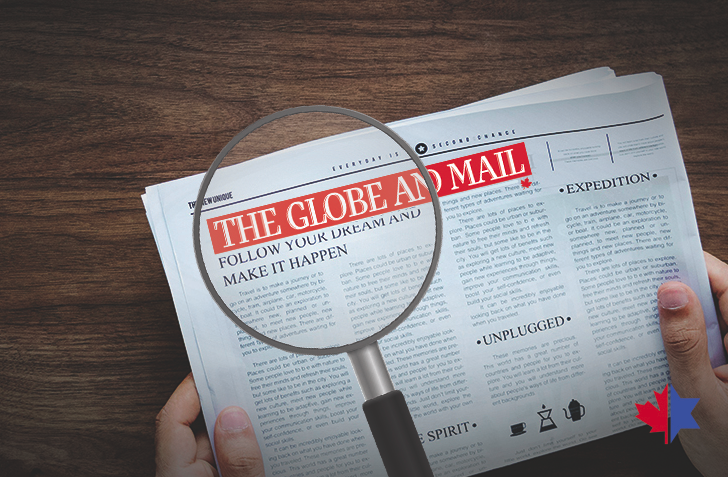 On September 13, the Globe and Mail published a commentary to its website by Daoud Kuttab, described as an “award-winning Palestinian journalist and former Ferris Professor of Journalism at Princeton University.” 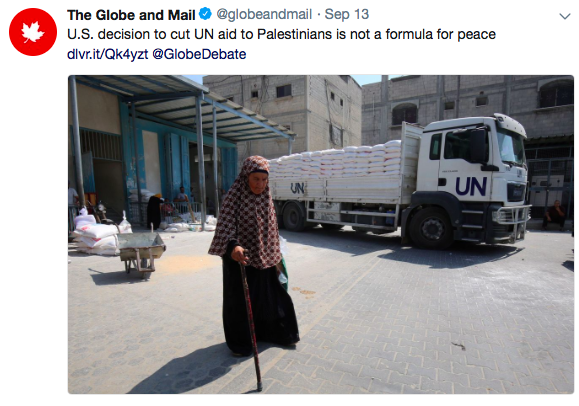 Disqualifying refugee descendants goes against the normal practice and definition of refugees, including that of Palestinian refugees as stated in the mandate given to UNRWA. It is also ironic that people who call for rights of descendants after 2,000 years want to deny this right to the relatively recent Palestinian refugees.”

While Mr. Kuttab is entitled to his own opinions, he’s not entitled to his own facts. The internationally accepted definition of refugee, does not in anyway include a reference to descendants of refugees. In fact, the Palestinians are the only ones who consider descendants of refugees as refugees themselves and this is widely seen as a significant barrier and obstacle to Mideast peace. Furthermore, the 1951 Refugee Convention does not event refer to descendants.

The normal practice and definition is to deal with the individual(s) who were (at least according to the UNHCR) “… forced to flee their country because of violence or persecution.” There is no reference to their descendants.

In light of this information, HonestReporting Canada filed a complaint with senior editors at the Globe calling for a correction to be issued to set the record straight. Stay tuned to this page for future updates.