Today, HonestReporting Canada (HRC), a non-profit media watchdog organization that ensures fair and accurate Canadian media coverage of Israel, filed an official complaint with the Canadian Broadcast Standards Council (CBSC), regarding a caller’s anti-Semitic tirade that was aired on the evening of July 30 on the Ben Guyatt Show on AM 900 CHML, a Corus radio station in Hamilton.

In a call-in segment with its listeners, a caller from the U.S. went on an anti-Semitic tirade for close to five minutes. A caller named Scott from Massachusetts claimed that Jews are a “cancer,” that the Protocol of the Elders of Zion is “absolutely authentic” and ranted about Jewish conspiracy theories such as Jewish control over government, media, Wall Street and Hollywood. Alarmingly, the caller claimed that Jews “are out to destroy the United States” and alleged that American foreign policy in the Mideast was “hijacked by Jewish influences”.

(Please listen to the segment in full at the following link or by clicking on the image below. A full transcript of this segment of the call-in can be viewed at the bottom of this communique.) 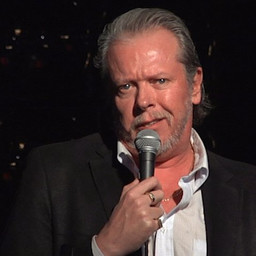 Though we appreciate that Mr. Guyatt (the AM 900 CHML host pictured right), did challenge the caller by asking him “What do you say to people that say that that’s being anti-Semitic?” and by strongly disagreeing with the caller’s “Jewish conspiracy” theories, nevertheless, we feel that the show should have cut off the call immediately once the caller began his anti-Semitic tirade, instead of indulging the individual for some time, which ultimately gave him an undue platform to spew his hateful rhetoric.

The CBSC dictates that broadcaster’s must assume responsibility for anything they broadcast and we feel that the airing of this tirade was a fundamental breach of the following clauses of the Canadian Association of Broadcaster’s Code of Ethics:

HonestReporting Canada has spoken with CBSC representatives asking that a formal investigation be conducted and that it work with AM900 CHML to ensure that remedial action be undertaken swiftly by the broadcaster. HRC request that efforts be undertaken to prevent an incident like this from happening again.

Please stay tuned to this page for future updates.

Scott (Caller): Well, ah, good evening Mr. Guyatt. You would not – the Canadian people would not want the American system of government that is horrible. Let’s be honest. Democrats and Republicans are absolutely irrelevant in America. Democrats and Republicans are bought and paid for by Goldman Sachs and the American Israel Public Affairs Committee.

I’m not gonna mince words with you. The Jews control Wall St. in America. Also the media. That’s why we’re getting a biased thing from the Sulzberger family that owns the New York Times. And uh, Michael Bloomberg who owns Bloomberg News. And the filth coming out of Hollywood.

You know, President Trump’s whole policies are being derailed by Charles Schumer and Adam Schiff and Bernie Sanders and Dianne Feinstein. And especially George Soros – you’ve heard of George Soros?

Scott (Caller): So what I’m saying is – America’s – let’s call them what they are. They are Jewish communists. They are out to destroy the United States. Especially George Soros. If your listeners aren’t aware of him, he’s an international Jewish banker and fifth columnist.

Host Ben Guyatt: Why does he want to destroy the United States, Scott?

Scott (Caller): Because he has a Communist agenda. That’s what he basically is. He’s behind Black Lives Matters. Vladimir Putin was smart enough to throw him out of Russia for trying to manipulate the ruble. He made billions of dollars in ill-gotten gains from manipulating the British pound, but that’s his agenda.

He wants to make America a Communist nation. Just like Czarist Russia was overthrown in 1917. That was financed by Jacob Schiff from Kuhn Loeb, an international Jewish banker and it was brought together by Leon Trotsky aka Bronstein and of course, Lenin. 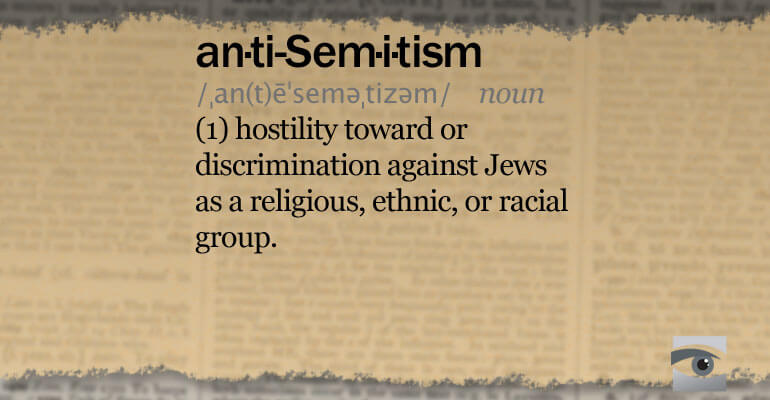 What the Jews did to Czarist Russia, turned it Bolshevik, Communist, that’s what George Soros wants to do to America. So uh—

Host Ben Guyatt: Well don’t you think though Scott, I mean I’m taking this all in and I see what you’re saying and I know where you’re going with it. What do you say to people that say that that’s being anti-Semitic?

Scott (Caller): It’s the truth! Anti-Semitism is a third rail in this country or anywhere. But that doesn’t mean it’s not true. It is true. And America has a cancer. And the problem is Henry Ford – Henry Ford published “The International Jew” a century ago. He was called a kook, a crackpot, an anti-Semite, a Jew hater.

Scott (Caller): But what’s happening with Henry Ford’s time, is what’s happening in America today. It’s the same thing. And if your listeners want to understand their world and what’s going on in America and in the world, they need to read a book called “The Protocols of the Learned Elders of Zion.” Which by the way is not a forgery, as the Jews maintain. It’s absolutely authentic. But, between Wall St. and the media and Hollywood, all the filth coming out of Hollywood, and AIPAC, let’s not forget about AIPAC –

Host Ben Guyatt: I only got about 10 seconds left with you Scott.

Scott (Caller): That’s why we’re in the Middle East because we were hijacked by Jewish influences.

Host Ben Guyatt: I thank you for the call, Scott. Goodnight. Well, I would disagree with that. Sure, a lot of Jews are in show business in Hollywood. They’re into banking. But so are a lot of Muslims. So are a lot of Christians. And I think we have a tendency – this is me. OK, this is my opinion on this.

The Jews get blamed for everything. They always have been. And that is why they’ve always been persecuted. I know what you’re saying Scott, I see where you’re coming from, but I must disagree with you. I don’t think it’s a Jewish conspiracy.

I mean you look at the pork that is spent in the United States and Canada, it’s embarrassing, it’s a joke. I mean people starving on the streets, even in this city. And we have these fundraisers. And I’m not just focusing on the Liberals. But it’s the NDP and it’s the PCs. And soon it will be Green Party.

Because there’s something about government. People go into it with the best of intentions, I believe. But once they get in there, it is so overwhelming, it’s so huge, that they just become a dot in a giant painting and there’s nothing they can do. The rules have to change. If we can change the rules, great! We might see some changes in Canada and the United States. But again, the systems are outdated, they’re an anachronism… Please somebody explain to me how the U.S. constitution makes sense today, written two hundred and some odd years ago by Thomas Jefferson. And again, the same thing with Canada. The Charter of Rights and Freedoms, our Constitution and all that. We just paid Omar Khadr $10.5-million dollars. Somebody please tell me how that’s not insane. We need to change the rules, the laws, that’s what we have to do to stop stupidity like that.

Again, as far as the Jewish question goes, yeah, they mostly run Hollywood, they do. And they’re into banking, sure they are they own businesses, but so does every other religion. And hey, if they’re more successful, well, good for them! I don’t think that’s got anything to do with their religion. Maybe they’re just better at it. You know, Canadians are the best hockey players in the world, why is that? I don’t know. Kind of the same thing. You know?

That was close to being a fire I had to put out. But I appreciate the call Scott. You’re obviously very passionate about what you believe. I do know this, my friend – we’re all in a mess called democracy. But you know what? In the end, there’s nothing better than democracy, no matter how filthy it does get. I’ll see you in a second.