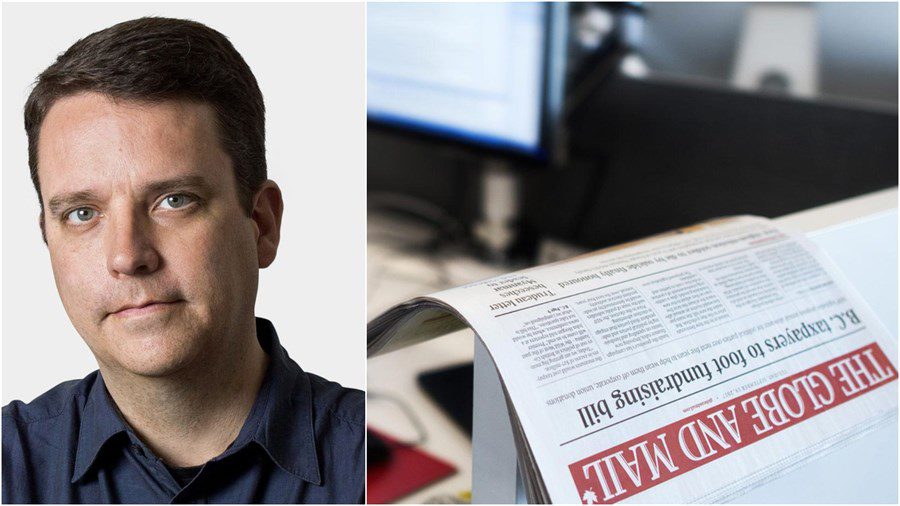 HRC recently took Globe and Mail reporter Mark MacKinnon to task for producing reporting which almost exclusively blamed Israel for Palestinian poverty and despair and for publishing partisan and inaccurate tweets about the Middle East conflict.

MacKinnon, the Globe’s former Mideast bureau chief, continued to author biased reports such as his July 6 article entitled: “The Decline and demonization of ‘the left’ a historic change for Israeli politics.”

As the article was rife with errors and omissions, and was unfair and lacked context, HRC filed a complaint with senior editors at the Globe and Mail. We await hearing back from the Globe and are hopeful that remedial action will be undertaken.

What follows is an HRC analysis that separates the facts from the fictions:

Mark MacKinnon: “Gisha, an Israeli group that monitors the humanitarian situation in Gaza, which has been under Israeli blockade since Hamas seized control of the area in 2007.”

Firstly, as NGO Monitor documents, Gisha has a long history of anti-Israel advocacy. It’s not just a Gaza-based monitoring organization, it has a political agenda. Secondly, the blockade has been executed by Israel and Egypt to thwart Palestinian terrorism, yet MacKinnon omitted mentioning that Egypt also enforces the blockade, but why?

Mark MacKinnon: “Meanwhile, Mr. Netanyahu’s decade in power has convinced Israelis that their country can be economically prosperous – and win increased acceptance among its neighbours in the Arab world – while maintaining Israel’s occupation of, and the Jewish settlements in, the Palestinian West Bank.”

The lands commonly known as the west bank are fundamentally in dispute between Israel and the Palestinians. At no time 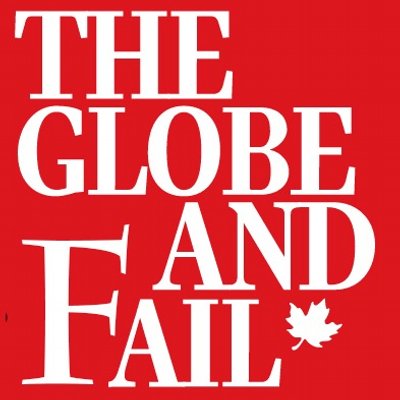 have the Palestinians ever been sovereign rulers of any lands and Israel regards these areas as Judea and Samaria. For MacKinnon to assert that the west bank is inherently (and implicitly by ownership right and legal title) Palestinian, is prejudicial and without foundation. There are dueling claims to these lands. We certainly didn’t see Mark MacKinnon refer to the “Israeli West Bank”.

Mark MacKinnon: “For Israelis, there is no cost for the ongoing occupation. Life here is fabulous. The economy is solid. Violence is almost unnoticeable. The number of people killed in road accidents is much higher than the number killed by Palestinians,” said Tamar Hermann, a professor of political science at the Open University of Israel. Prof. Hermann said her research found that 60 per cent of Israelis now described themselves as either “soft-right” or right-wing, while only 15 per cent identified with the left of the political spectrum.”

Violence… “unnoticeable”? Ironically, on the very same day this report was published by the Globe, there was a car-ramming terror attack in the west bank that saw 5 Israeli soldiers injured and a suspect arrested. Subsequently, Israeli forces nabbed a Gazan carrying a grenade and Israeli police arrested a Palestinian for throwing a firebomb. IDF forces also uncovered another cross-border attack tunnel from southern Gaza. Will MacKinnon cover these acts of terrorism? We’re not holding our breath!

Mark MacKinnnon: “Mr. Netanyahu described Breaking the Silence – an NGO run by former Israeli soldiers that collects testimonials of Israeli soldiers who served in the West Bank and Gaza Strip – as ‘intolerable.'”

Mark MacKinnon: “Mr. Netanyahu’s government passed a law last year that specifically bars Breaking the Silence from speaking in schools. Another draft law would force NGOs to reveal any foreign sources of funding. The campaign drew criticism from the UN High Commissioner for Human Rights, which found in its annual report, 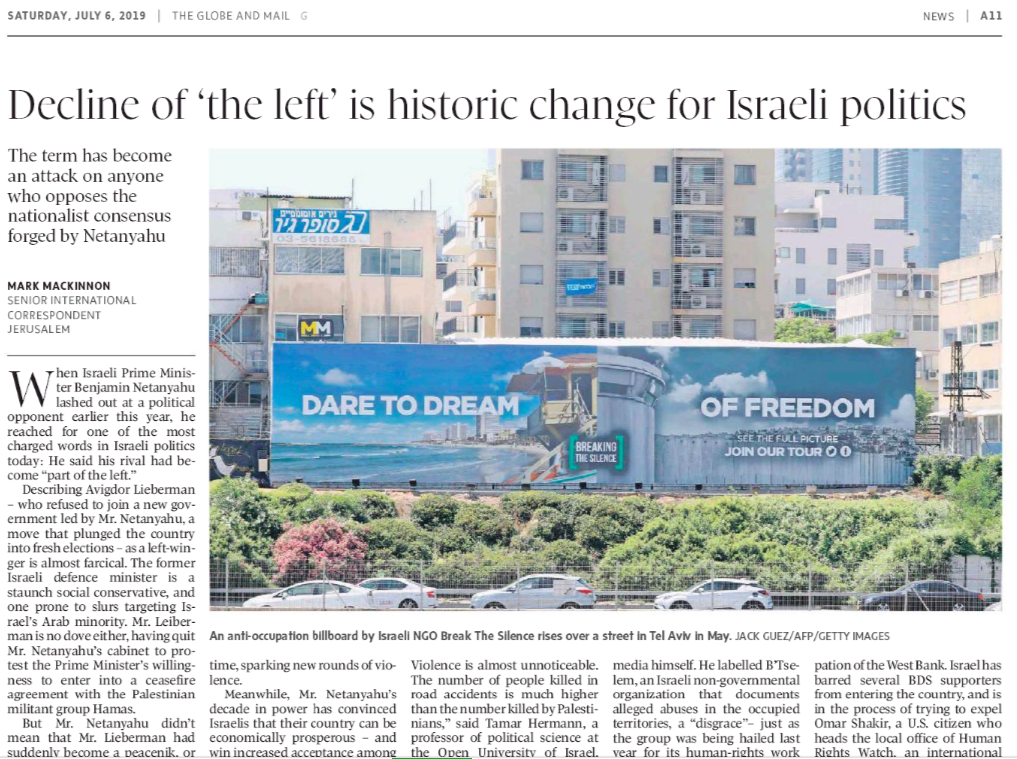 published in March, that human-rights activists working in Israel were subject to ‘threats, intimidation and attempts to delegitimize them.'”

Mark MacKinnon: “Avner Gvaryahu, the executive director of Breaking the Silence, said he saw the campaign against NGOs, the Supreme Court and the media as Mr. Netanyahu preparing the ground for the eventual annexation of some or all of the West Bank.“ In order to maintain the settlements and the occupation and to transition into not only a de facto but a de jure annexation … they need to destroy the roadblocks – and as weak as the opposition is, there are still roadblocks,” he said. But Mr. Gvaryahu vowed that groups such as Breaking the Silence would continue their fight for what he called “the soul of this place.” “Our biggest mission at the end of the day is to see how we can overcome this shrinking space in order to do what we really have to do, which is end Israel’s military control over the Palestinians.”

Breaking the Silence (BtS) has a political agenda and are not neutral observers. As NGO Monitor notes, BtS calls for Israel to cease its “occupation” of what it describes as Palestinian lands and its reports are always anonymous and are based on unverified hearsay and rumour. The IDF accuses BtS of “deliberately seeking to smear the IDF rather than genuinely trying to prevent abuses by the army.”