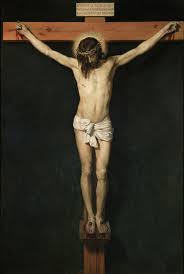 Our letter condemning the publication of an antisemitic letter in the Chroncile Herald was published today:

HonestReporting Canada takes serious issue with a letter published in the Chronicle Herald on International Holocaust Remembrance Day no less, that was rife with antisemitic tropes and Jewish conspiracy theories. See the letter in full appended below.

There’s no basis to letter writer Henry Bradford’s claim that the Jewish people were responsible for the death of Jesus Christ. Importantly, past Pope’s have repudiated this canard, which since time immemorial has fanned the flames of hatred against the Jewish people. The “Temple aristocracy” and supporters of the rebel Barabbas were held responsible for Christ’s crucifixion.

Secondly, to claim that another cause of antisemitism is the unresolved “Israeli-Palestinian conflict,” is in and of itself, antisemitic. Jew-hatred is irrational and without causation.

According to the working definition of antisemitism through the International Holocaust Remembrance Alliance (IHRA), of which Canada is a member, when individuals hold Jews collectively responsible for the actions of the state of Israel, that’s antisemitic.

That these antisemitic slurs were published by the Herald – on the same day as 75th anniversary of the liberation of the Auschwitz-Birkenau death camps – was an affront to the Jewish people.

Please communicate your concerns to the Herald by sending a letter to: letters@herald.ca. 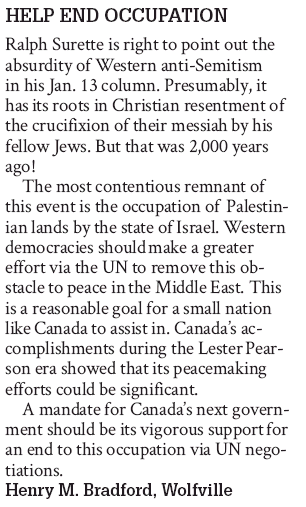