HRC Cited in Jerusalem Post: The COVID Vaccine and An Old Plague Known as Antisemitism

Today, the Jerusalem Post‘s Liat Collins cited HonestReporting Canada’s work to name and shame the CBC for adopting the canard that Israel denied the Palestinians the COVID vaccine.

With the media attention came envy and then the most painful jab of the project. Praise for Israel’s organization of the mass vaccination campaign was diluted in several major media by condemnation for not vaccinating Palestinians. As The Jerusalem Post’s Lahav Harkov noted, an NPR headline read: “As Israel leads in COVID-19 vaccines per capita, Palestinians still await shots” while an Associated Press story that did the rounds in various news outlets stated: “Palestinians left waiting as Israel is set to deploy COVID-19 vaccine.” The media watch group Honest Reporting Canada noted several CBC stories with the same angle. And the Camera UK media watchdog had a busy time calling on both The Times and Telegraph to fix stories which similarly suggested that Israel was shirking responsibility for vaccinating Palestinians in the Palestinian Authority areas.” 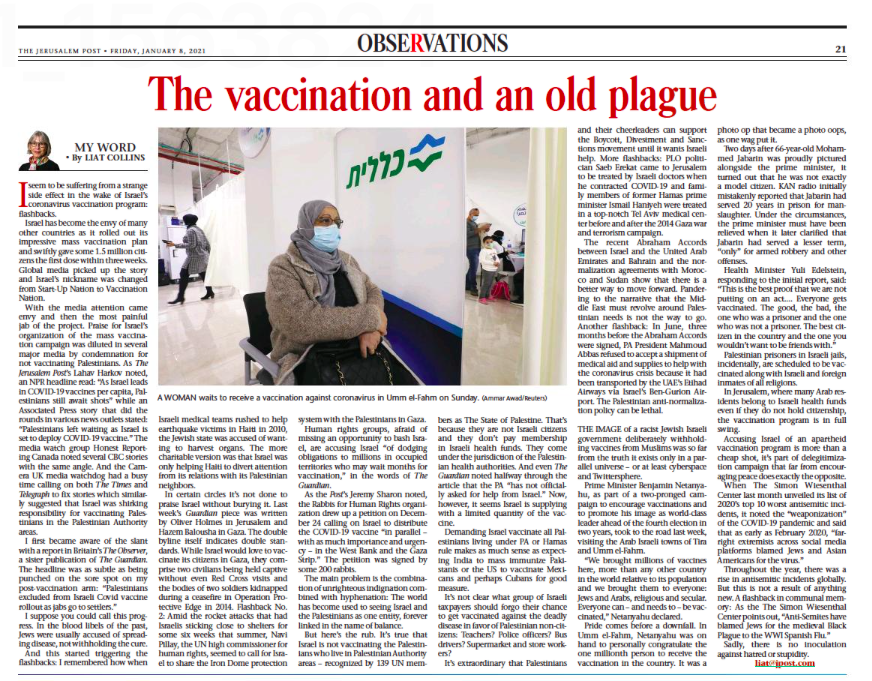