HonestReporting Canada has asked the CBC’s Ombudsman, Mr. Jack Nagler, to carry out an Ombudsman’s review to determine if The Sunday Edition’s airing of a 30-minute anti-Israel invective stood in violation of the CBC’s Journalistic Standards and Practices. 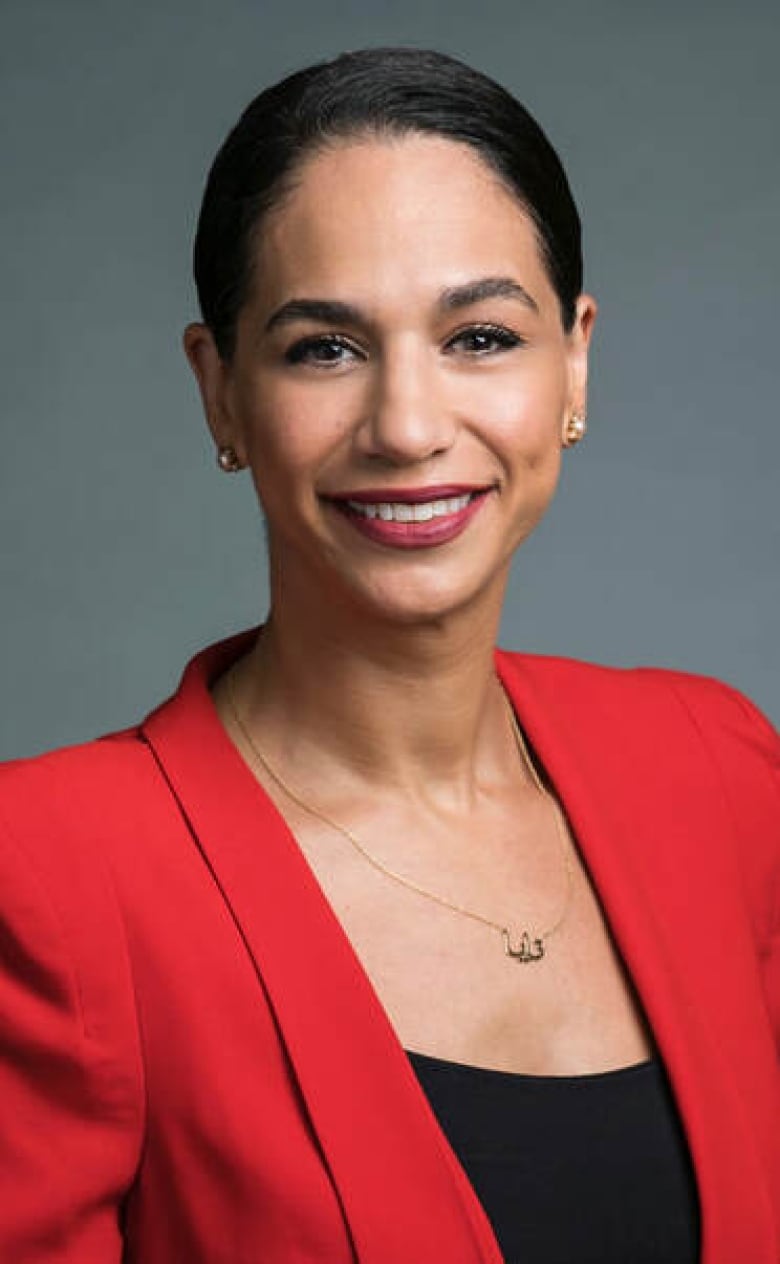 On November 10, HonestReporting Canada filed a complaint with CBC and issued a media action alert taking the radio program to task for airing this lengthy anti-Israel interview with Noura Erakat (pictured right), professor of law at Rutgers University, centered largely on replacing the world’s only Jewish state with an Arab-majority, Palestinian-run country.

As we noted in our alert, “aside from uttering outright falsehoods and flagrant distortions of the truth through misleading legalese, Ms. Erakat advocated for the ‘right of return’ of millions of Palestinian refugees and their descendants into Israel, akin to a demographic ticking bomb that would see the Jewish character of the state of Israel and Jewish majority, eliminated. Naturally, to make a discussion about annihilating the Jewish state more palatable, Erakat abused the language of human rights to lecture about a so-called righteous quest for freedom and equality which served to obscure her real goal of seeing a proverbial Palestine ‘from the river to the sea.'”

CBC host Michael Enright lobbed softball questions and didn’t challenge many of Ms. Erakat’s highly misleading and erroneous statements. He even made a couple serious errors on his own.

I’d like to respectfully acknowledge the concerns you raised with Paul Hambleton about the interview with Noura Erakat on The Sunday Edition of Nov. 10, 2019. Paul shared those concerns with me this week.

I would like to point out that in the past year or so, we’ve done feature interviews with the prominent academic and expert on anti-Semitism, Deborah Lipstadt, and the Jewish-American journalist Yair Rosenberg.

Among other things, the Lipstadt interview covered such topics as Israel’s right to exist, when criticism of Israeli government policies crosses the line into anti-Semitism, and the BDS movement, of which Professor Lipstadt is quite critical. The Rosenberg interview was critical of Israel’s policy on Gaza, but he also spoke 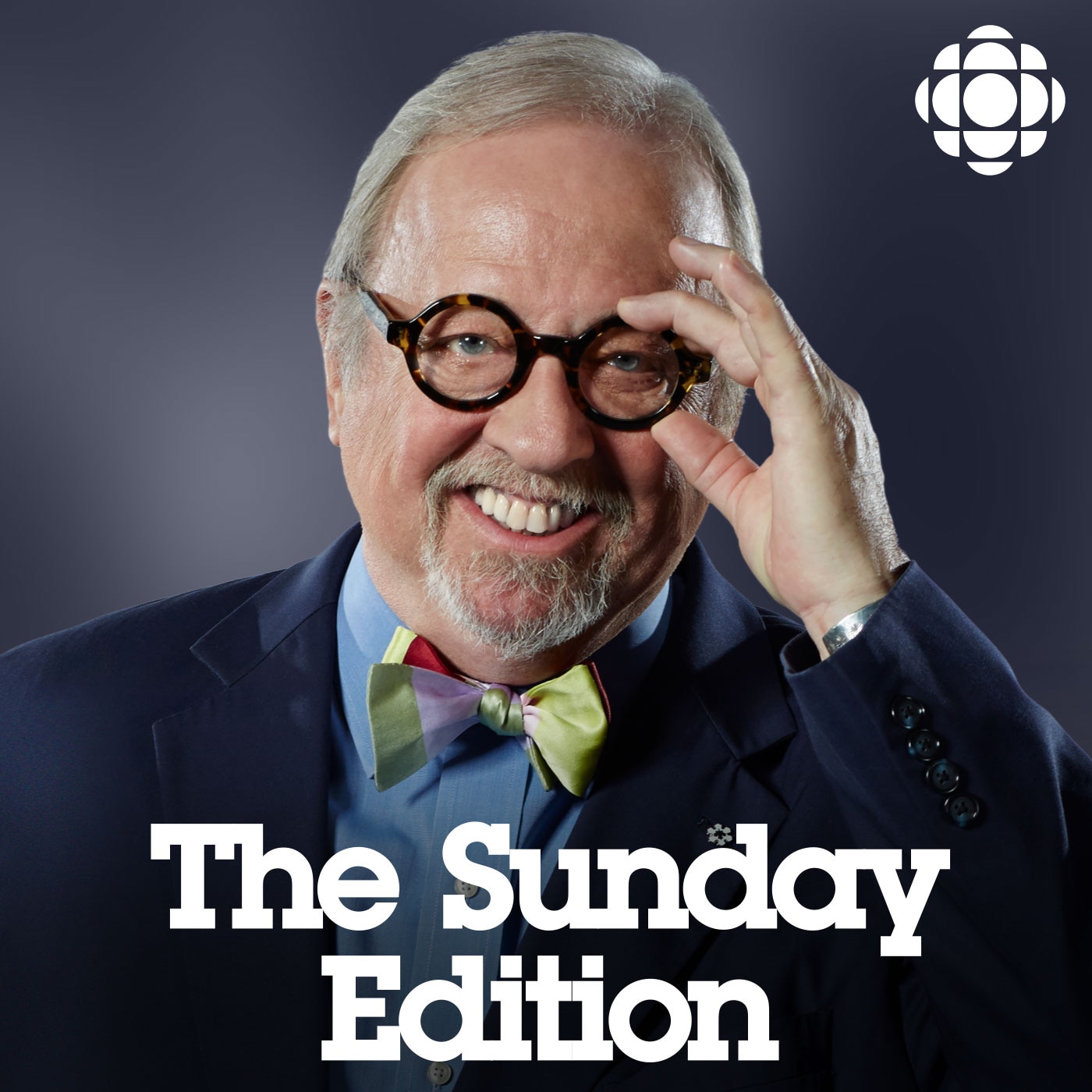 in support of Israel’s right to defend itself and said that Hamas is a real threat to Israel’s security.

Our format on The Sunday Edition is largely built around long-form interviews that allow for a full exploration of the guest’s views — Michael Enright both draws out their viewpoints and arguments and challenges or questions them. He challenged Ms. Erakat’s arguments quite strongly at several points during the interview — so much so that many listeners wrote to us to say they felt he was overly aggressive, some saying that he displayed a pro-Israel bias.

In one of our “Letters” segments on this weekend’s program, we’ll feature emails representative of the range of reaction we received to the interview — both praising and highly critical of Ms. Erakat.

I’d like to assure you that we are committed to continuing to do what the Sunday Editon has long done: pursue fair and open-minded coverage of the Israel-Palestinian situation, driven by journalistic rigor and intellectual curiosity. We are mindful of the coverage we’ve done and the perspectives we’ve heard from in the past. That will continue to help guide our editorial decisions in providing a balanced range of viewpoints over time. With that in mind, there will inevitably be Israeli perspectives on the Israel-Palestinian situation on The Sunday Edition in the future.

Not satisfied with Mr. Wodskou’s response, on November 20 HRC replied with the following while asking the CBC’s Ombudsman to carry out a review:

Thank you for your November 15 email and for speaking with Paul about our concerns related to The Sunday Edition’s November 10 interview that Michael Enright conducted with Noura Erakat, a Palestinian-American Law Professor at Rutgers University, who claimed that Israel has repeatedly violated international law in its treatment of Palestinians and for its alleged “occupation”.

While we are thankful for your getting back to us, we find your response to be woefully inadequate to our lengthy and detailed concerns and as such, we are not satisfied. Accordingly, we would like to ask Mr. Nagler (cc’d) to carry out an Ombudsman review.

For your reference, you can read our criticism of this segment via our website at the following link.

I don’t think it’s necessary for me to restate my concerns with this program as they are already detailed in our communique on our website.

You contend that Mr. Enright “challenged Ms. Erakat’s arguments quite strongly at several points during the interview — so much so that many listeners wrote to us to say they felt he was overly aggressive, some saying that he displayed a pro-Israel bias.”

I strongly disagree with you and I take note that you have not offered even one example where you claim that he strongly challenged Ms. Erakat’s arguments. My communique explains, in chapter and verse, the many highly misleading and erroneous statements she made that went unchallenged, along with detailing

myopic statements that Mr. Enright made and errors he stated on air.

I would like to challenge your claim that The Sunday Edition has been balanced in its coverage of the Israeli-Palestinian dispute. You refer to two previous interviews that you tacitly believe were pro-Israel in nature. You cite an interview that The Sunday Edition conducted on March 29, 2019 with author and historian Deborah Lipstadt that explored the rise and spread of antisemitism, and while the interview is indeed commendable for talking about the scourge and increase in worldwide Jew-hatred, it only briefly references the Middle East conflict. You also refer to a May 25, 2018 interview with Israeli journalist Yair Rosenberg, but you acknowledge that the “The Rosenberg interview was critical of Israel’s policy on Gaza…” Even at that, this interview was conducted about one and a half years ago and neither the Lipstadt or Rosenberg interview explored international law as it relates to the Arab-Israeli conflict.

I do not believe that The Sunday Edition’s airing of hand-picked letters on November 17, which were both critical and in praise of The Sunday Edition’s segment (listen by clicking here), helps in any way to redress this situation. Mr. Enright claimed his interview was very “spirited” and myopically acknowledged that he finds Ms. Erakat’s intellect to be “razor sharp”. Mr. Enright says The Sunday Edition has received “well over 100 emails about the interview”. Naturally, the first two letters Mr. Enright read, he claims, offered “effusive” praise. Mr. Enright acknowledges that “a large number of you were highly critical of how I conducted the interview, you said that I was too aggressive… and that I showed a pro-Israel bias”. The third letter criticized Mr. Enright for his “antagonistic” anti-Palestinian interview. The fourth letter took Mr. Enright to task for interrupting Ms. Erakat and which praised her. The fifth letter commended Mr. Enright for his “brilliant interview” and for giving Ms. Erakat a “respectful hearing”. The sixth letter took Mr. Enright to task for his anti-Israel bias. Mr. Enright said that he was criticized for giving “Ms. Erakat a platform for spreading anti-Israel invective, and lies and propaganda and that I, apparently didn’t question her strongly enough.” The seventh letter criticized The Sunday Edition for being one-sided and for not having a rebuttal from an Israeli perspective. CBC needs to be fairer at producing non-biased coverage of the Israeli-Palestinian impasse, said the letter writer. The eighth letter simply said that resolving the Israeli-Palestinian conflict is impossible.

As well, Mr. Enright stated the following about Ms. Erakat in his introductory remarks on November 17:

“She argues that Israel has repeatedly violated international law with its treatment of Palestinians and its occupation of the west bank, east Jerusalem and the Gaza Strip and it does so with impunity.”

Leaving aside narratives of whether Israel does or does not “occupy” the “west bank” and “east Jerusalem,” in truth, Israel disengaged from the Gaza Strip in 2005 by removing its 21 settlements and 8,500 settlers and by forcibly removing its combined armed forces. Israel does not occupy Gaza.

“Corrections: The original story incorrectly stated that Israel is occupying both the West Bank and Gaza. In fact, Israel pulled its troops and settlers out of Gaza in 2005, although it still carries out military operations there. Aug 05, 2008 11:46 AM ET”

I do not believe that as far as it relates to the November 10 broadcast of the Sunday Edition, that your program pursued, as you claim: “… fair and open-minded coverage of the Israel-Palestinian situation, driven by journalistic rigor and intellectual curiosity.”

You stated that: “We are mindful of the coverage we’ve done and the perspectives we’ve heard from in the past. That will continue to help guide our editorial decisions in providing a balanced range of viewpoints over time. With that in mind, there will inevitably be Israeli perspectives on the Israel-Palestinian situation on The Sunday Edition in the future. ”

If balance were indeed a desired goal, why then did the Sunday Edition decline our invitation to interview George Mason University Professor of Law, Eugene Kontorovich, one of the world’s preeminent experts on universal jurisdiction and maritime piracy, as well as international law and the Israel-Arab conflict, who has agreed to be interviewed on your program? Professor Kontorovich could have provided a much needed perspective of Israel’s rights as it relates to international law.

Aside from JSP requirements for accuracy, balance and fairness in covering controversial issues, please note that CBC Journalistic Standards and Practices states the following about interviews (emphasis added):

The interviewee also takes responsibility for his or her statement. As a general rule, we offer the interviewee no immunity or protection from the consequences of publication of the statements we gather.

We are open and straightforward when we present interviewees and their statements. We make every effort to disclose the identity of interviewees and to give the context and explanations necessary for the audience to judge the relevance and credibility of their statements. In exceptional cases and for serious cause, we may decide to withhold such information in whole or in part. In such cases we explain the situation to the audience without disclosing the information that must be kept secret.

Lastly, it’s noteworthy that Mr. Nagler’s November 13 review of the Sunday Edition took Mr. Enright to task for expressing personal opinions on another matter of public controversy which stood in violation of the JSP.

We believe this interview with Ms. Erakat also contravened the CBC’s JSP for the aforementioned reasons.

In light of the above, we would like to respectfully request that an Ombudsman review be conducted to arbitrate our concerns.

Thank you very much.

Stay tuned to this page for future updates. We’ll keep you in the loop of any developments.