Toronto, January 20, 2020 — HonestReporting Canada (HRC), a non-profit media watchdog dedicated to ensuring fair and accurate Canadian media coverage of Israel, today announces the growth of its subscriber base to a remarkable 45,000+ members from across Canada.

“Since our inception in 2003, we have tirelessly worked with our members from across the country to counter the scourge of anti-Israel media bias,” said Mike Fegelman, Executive Director of HonestReporting Canada. “Working in concert with our members, we have educated Canada’s journalists and thought leaders about the Jewish state (its people, history and rights), and the Arab-Israeli conflict.

“The media plays a leading role in shaping world opinion which gradually manifests into public policy. When the media takes a biased position or reports inaccurately or unfairly, individual’s have negative and false perceptions about Israel and governmental polices are created reflecting that bias to Israel’s detriment. By contacting the media directly in support of unbiased news coverage of Israel, our members have improved the media’s coverage of the situation in the Middle East for the benefit of all Canadians.” 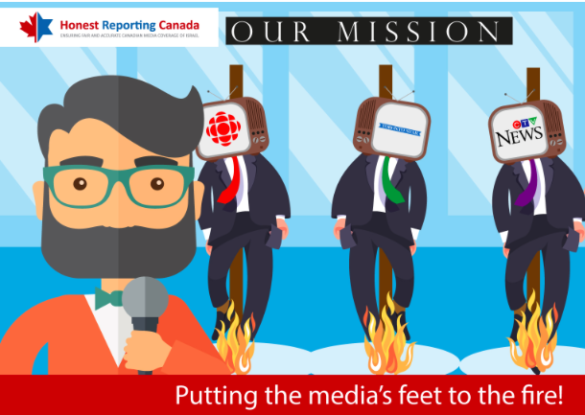 HRC subjects Canadian news reporting to rigorous and methodical investigation in order to prevent distorted coverage. The organization also builds relationships with the media, educates them on substantive issues, and holds them accountable to professional standards of journalism. The organization’s members from coast to coast act as “media patrollers,” monitoring local media outlets, notifying HonestReporting Canada of lapses in accuracy or fairness, and complaining directly to the news outlet involved.