HRC In Le Journal de Montreal: Hezbollah Poses a Clear & Present Danger to Lebanon, What Canada Can Do 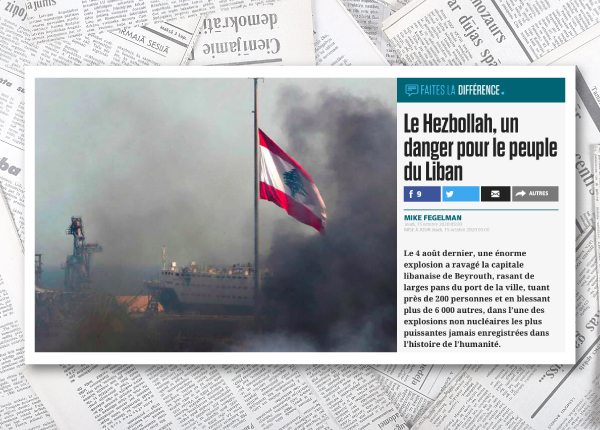 On October 15, Le Journal de Montreal (and Quebec) both published an important commentary by HonestReporting Canada on the dangers that Hezbollah poses to Lebanon, to the State of Israel, the Middle East and the world writ large, and what Canada can do to safeguard innocent life, reduce regional tensions and to affect positive change.

Our commentary can be read on the Journal de Montreal and Quebec website’s in French, or below in English.

On August 4, an enormous explosion ripped through the Lebanese capital of Beirut, levelling large swaths of the city’s port, killing nearly 200 people and injuring 6,000 more, in one of the most powerful non-nuclear explosions ever recorded in human history.

The blast, which caused billions of dollars in property damage, was caused by a fire started in a warehouse that housed nearly three thousand tonnes of ammonium nitrate, a volatile chemical and key ingredient in fertilizers and bombs. This chemical was improperly and dangerously stored for more than six years, with the full knowledge of Lebanese officials who knew about the danger, but did nothing. While Hezbollah has not accepted responsibility for the blast, the Shiite terrorist group is one of the likeliest culprits behind the storage of these explosive materials in civilian areas, a bona fide war crime.

Beirut Explosion Seen From Nearby Boat

While the explosions made international news at the time, in part because much of it was captured on video that went viral, it has now faded from the front pages. But in reality, the biggest news related to the blasts came only in recent days. In a virtual speech to the United Nations General Assembly, Israeli Prime Minister Benjamin Netanyahu laid out damning evidence that the explosions were caused by the reckless storage of mass quantities of explosive materials by Hezbollah, and that there’s still more currently being stored throughout the city.

In his speech, Netanyahu displayed declassified satellite images showing sites of Hezbollah’s negligent storage of explosive materials and missile depots throughout the Lebanese capital, located near civilian housing and next to hazardous buildings like a gas station and gas company. It’s estimated that Hezbollah has an arsenal of 150,000 rockets and missiles.

Netanyahu appealed directly to the Lebanese people, imploring citizens to hold Hezbollah accountable for turning Beirut into a military depot, and pointing out that it was not Israel, but Iran, Hezbollah’s patron, that was putting Lebanese lives at risk. 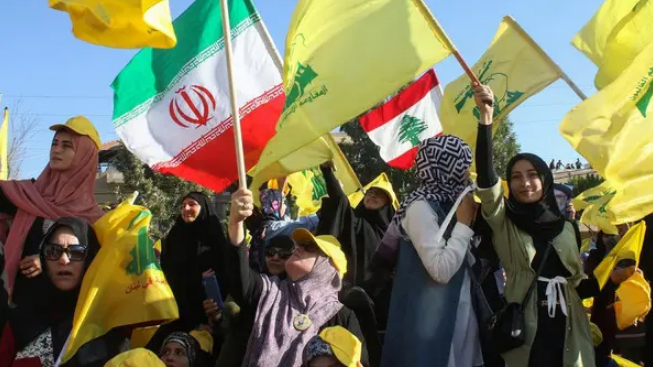 Only days ago, yet another explosion rocked Lebanon, this time in the town of Ain Qana, near the city of Sidon, which Israel says was caused by another fire in an explosive materials depot owned and operated by Hezbollah.

These blasts are only the tip of the iceberg when it comes to the true danger and threat of Hezbollah, the so-called “party of god,” in both the Middle East and abroad.

Hezbollah, despite nearing its 40th year in existence, has not gained moderation with age and their long rap sheet of wanton disregard for human life is nothing new. Created in the early 1980’s as an armed faction aimed at fighting Israel during the country’s war with Lebanon, it established itself as a vicious terrorist group which targets Israeli and Jewish civilians, not just in Israel, but abroad in Europe and South America. Recall the 1994 bombing at a Jewish community centre in Buenos Aires that killed 85 and injured hundreds. Strenuously opposed to the west and America, Hezbollah is known for the Beirut barracks bombings in 1983 that killed 241 U.S. military service personnel.

Ostensibly, Hezbollah was created to fight Israel during the Lebanese war, but Israel no longer has any presence on Lebanese soil, since Israel voluntarily withdrew from all Lebanese territory twenty years ago. Today, Hezbollah – as a proxy of the Islamic Republic of Iran – is not driven by a real estate dispute with Israel, but with a visceral hatred to Israel’s existence as a Jewish state in the midst of the Middle East. 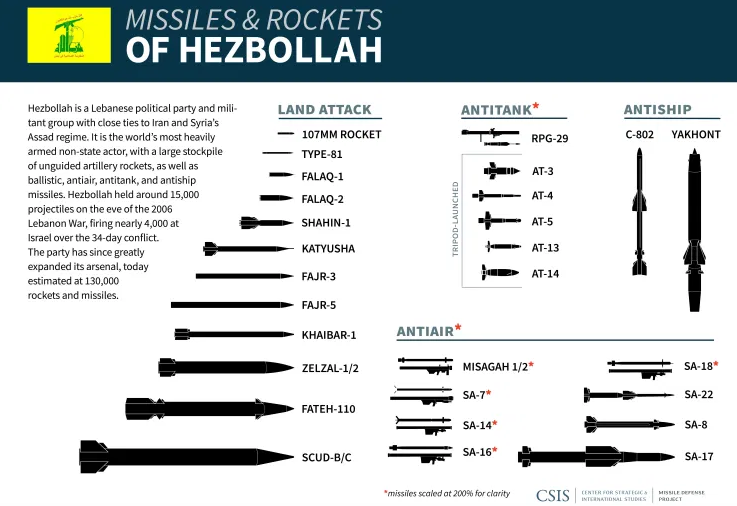 For the past 10 years, its propped up the murderous Assad regime in Syria and has been complicit in the murder of hundreds of thousands of innocents. Hezbollah is larger, better trained, more well-funded and armed than the Lebanese Army. It is, in fact, the de facto Lebanese military, and in the previous Lebanese parliament, Hezbollah had 13 seats and officials in senior levels of Lebanon’s government. Today, Hezbollah is more than just a part of Lebanon – it is Lebanon and is often referred to as a “state within a state.”

That, tragically, is the reality, in part because much of the world has let this happen. Even today, the European Union draws a distinction between Hezbollah’s so-called “political wing” and its “military wing” – whereas in reality, it’s a distinction without a difference. Alarmingly, this massive loophole allows Hezbollah to legally operate in the EU and to ultimately benefit from its increased credibility, fundraising and recruitment for its nefarious efforts.

Canada is well positioned to affect change for the benefit of the Lebanese people and has already provided $30-million for humanitarian assistance. Canadian Foreign Minister Franç​​​​​​​ois-Philippe Champagne, who recently visited the country, must apply pressure on his European Union colleagues to close this loophole, ensuring that all of Hezbollah’s activities are sanctioned equally. They are, after all, merely different tentacles of a massive terrorist operation spanning the globe. Lastly, Canada should use its good offices to lobby the UN to enforce Resolution 1701 which calls on the Lebanese government to forcibly remove Hezbollah from Lebanon, from its government, and to disband and disarm the terror group.

Hezbollah is not a human rights organization, nor is it just a rag-tag street gang. It’s a bloody, merciless terrorist organization operating at the pleasure and discretion of its Iranian patrons, and which seeks to cause death and mayhem. Any minimizing of this basic reality is tantamount to whitewashing the horrific crimes of this brutal terrorist syndicate. It’s now or never, the Lebanese people need Canada’s help.