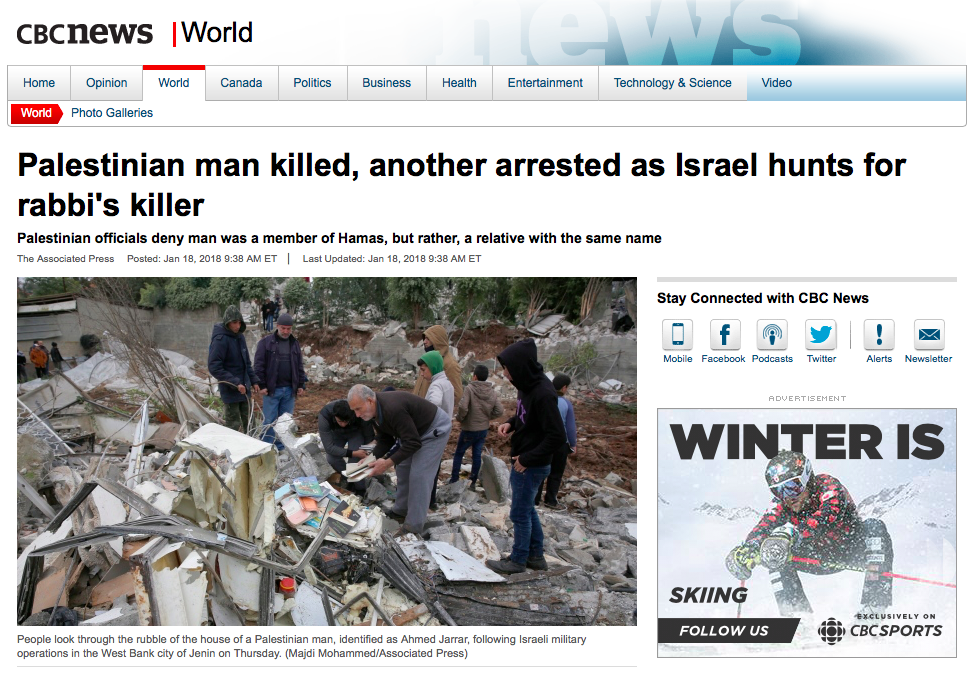 True to form and consistent with recent CBC journalistic infractions, CBC News.ca continued its disturbing trend of not labelling Palestinians as attackers in its headline coverage.

As we’ve noted previously, readers view headlines 3:1 over the adjacent article. What this headline failed to mention is that the Palestinian man who was killed was a suspected terrorist, Israel claims, and the Israel Defense Forces (IDF) tried to capture/arrest the suspect who was wanted for the murder of a Rabbi recently. The terrorist opened fire on arresting soldiers who returned fire killing the terrorist.

HRC Executive Director Mike Fegelman filed a complaint with CBC News asking that the headline be amended. We contend that the following headline would have been appropriate: “Palestinian assailant suspected of killing Israeli Rabbi killed, another arrested.”

In sharp contrast, see how the Globe and Mail and National Post both produced appropriate headlines which identified the Palestinian as having been “sought in settler slaying” or “suspected in slaying of West Bank settler”. 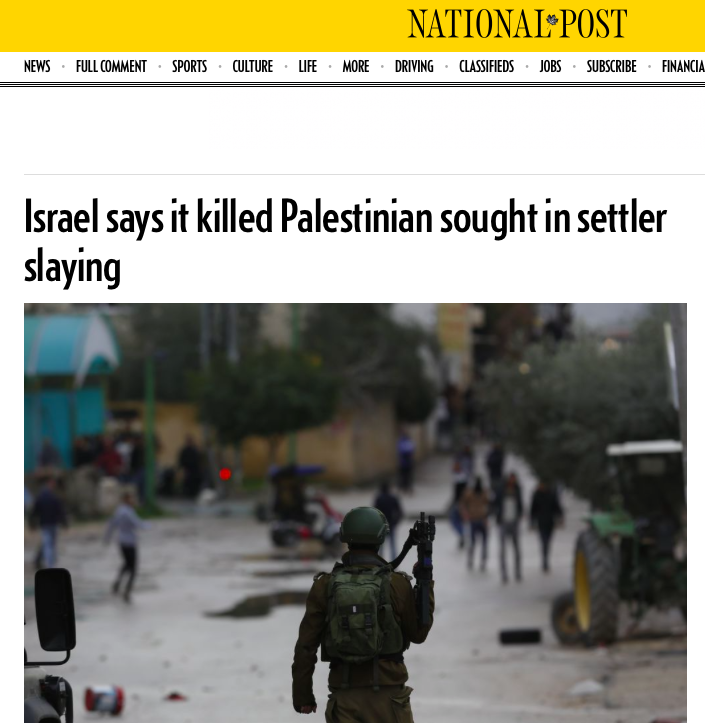 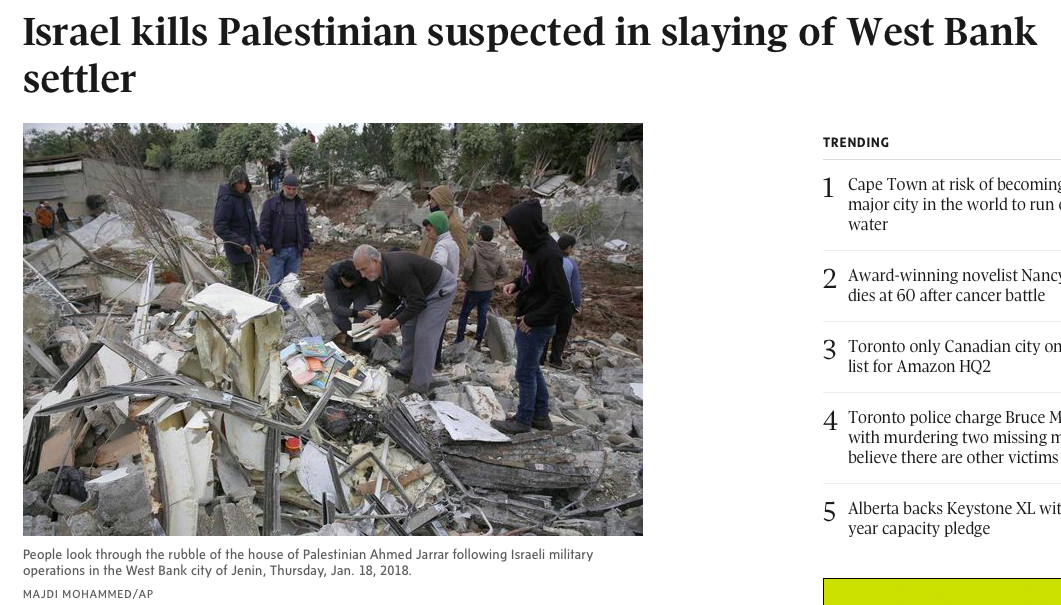 We received the following reply from the CBC today:

Again, this isn’t an issue about accuracy. This is about fairness and how a headline has the potential to mislead readers who only see that headline and who do not read the adjacent article. The CBC’s headline fails to acknowledge the the Palestinian man who was killed by Israeli soldiers was a suspect wanted for the brazen shooting attack that saw an Israeli Rabbi murdered in cold blood.

It’s alarming that CBC, our public broadcaster, continues to deprive its readers of this kind of vital context.