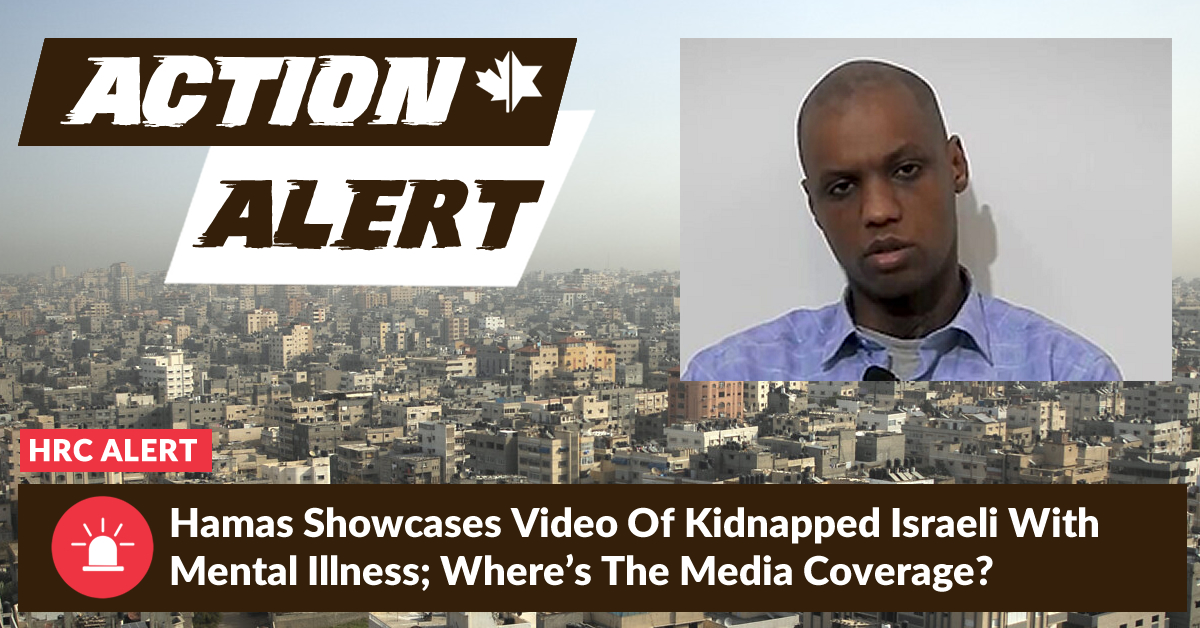 On September 7, 2014, Avera Mengistu, a 28-year-old Israeli man suffering from mental illness, wandered into the Gaza Strip. Shortly thereafter, he was arrested and interrogated by Hamas, becoming a prisoner of the Islamist terrorist group.

More than eight years later, Mengistu remains a captive of Hamas, despite years of repeated Israeli attempts to secure his release.

On January 16, Hamas publicized a video showing Mangistu in their custody, the first public images since his detention, using his suffering to taunt Aviv Kohavi, the outgoing Chief of General Staff of the Israel Defense Forces (IDF).

“Al-Qassam Brigades (Hamas’ military wing) presents a video message of the captured Zionist soldier, Avera Mengistu, confirming the failure of the outgoing chief of staff Kohavi and his institution, and his lies to his people and government,” Hamas said in an official statement, adding “The incoming chief of staff (Herzi) Halevi must prepare himself to carry the burdens and consequences of his predecessor’s failure.”

In the video presented by Hamas, Mengistu recited a message, presumably aimed at the Israeli government, saying “I am the captive Avera Mengistu. Until when will I be here in captivity…Where are the country and the people of Israel.”

This is not the first time Hamas has used a captured Israeli as a tool in their propaganda arsenal. In June 2021, Hamas released an audio clip of a self-described Israeli soldier in Hamas custody, pleading with Israel to help release him, and saying that “I die every day anew.”

Mengistu is one of two Israeli civilians currently under Hamas captivity. The other prisoner, Hisham al-Sayed, a 34-year-old Israeli Bedouin who has also been reported to have experienced mental illness and was captured by Hamas when he wandered into the Gaza Strip in April, 2015.

In June, 2022, Hamas released a video purporting to show al-Sayed, wearing an oxygen mask and attached to a ventilator and appearing sickly; a stunt which Israel called “reprehensible and desperate.”

Hamas’ use of captured Israelis in their propaganda efforts, as morally repugnant as they are, nevertheless has a very specific rationale: to demoralize Israelis, and to pressure the Israeli government to offer significant concessions to Hamas in an attempt to secure the prisoners’ release.

In the past, Israel has agreed to enormously lopsided prisoner exchanges with Hamas. In 2006, Hamas kidnapped 20-year-old Israeli soldier Gilad Shalit, holding him for five years in illegal captivity in the Gaza Strip. He was returned to Israel only five years later in a prisoner exchange, where Israel released more than one thousand Palestinian prisoners, including many who had blood on their hands, some of whom had taken part in suicide bombings which killed Israeli civilians.

While this latest callous show of power by Hamas – the terrorist group which has an extensive track record of kidnapping, rocket attacks and suicide bombing attacks against Israeli civilians – is nothing new, it nevertheless is a cogent reminder of the nature of the organization’s modus operandi.

Hamas’ recent releasing of the video, has become major news in Israel, serving to remind Israelis of Hamas’ wanton abuse of human rights and its utter cruelty towards a vulnerable individual, merely because he is Israeli.

But in Canada, the footage of Mengistu released by Hamas has thus gone largely unreported.

While the Israeli-Palestinian conflict, and the Middle East more broadly, rarely has a shortage of news items fit for publication, this latest stunt by Hamas demands coverage by the Canadian news media, for it shows the world the depths to which Hamas will plumb in order to torment Israelis, and its total lack of humanity.

In addition to being a terrorist group still dedicated to Israel’s destruction, Hamas also exerts total control over the lives of roughly two million Palestinians living under their domination in the Gaza Strip, and as recently as May, 2021, the group engaged in a brief, but deadly war against Israel, which resulted in the deaths of both Palestinians and Israelis.

When an organization like Hamas – both a terrorist group and a regime – continues to show its true face to the world, the news media has a responsibility to share that reality, as ugly as it is.