Globe Should Clarify that Gaza Blockade is Enforced by Egypt & Israel 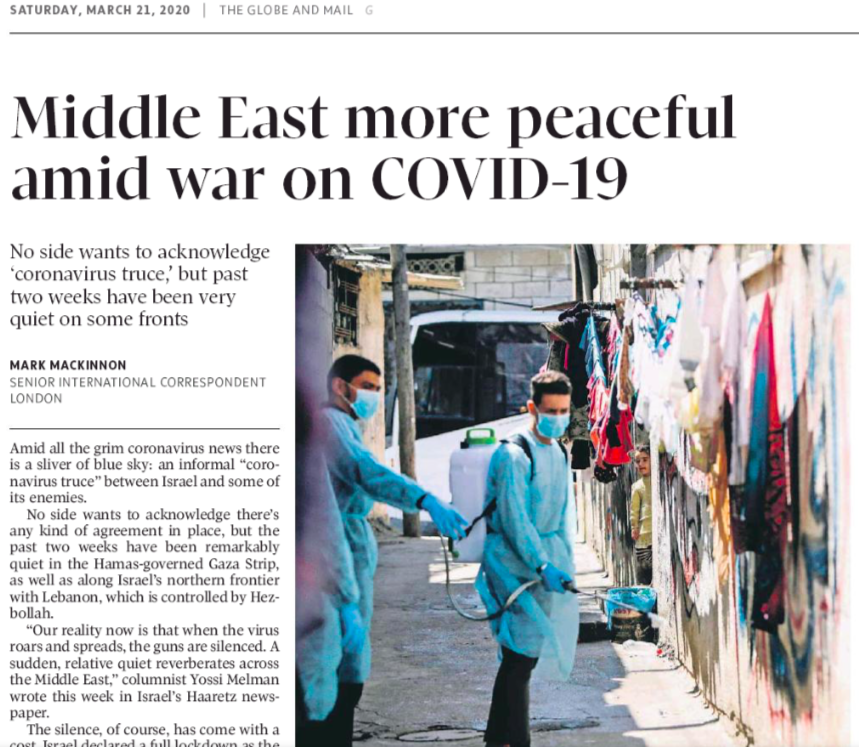 On March 21, the Globe and Mail published a report entitled: “Relative calm breaks out amid the war on COVID-19 in the Middle East” by former Mideast Bureau Chief Mark Mackinnon that HRC took issue with.

“In Gaza, which has been under an Israeli blockade since 2007, violence is usually an almost-daily fact of life. The regular pattern sees Hamas or one of the other militant factions, such as Islamic Jihad, fire rockets or other projectiles into Israel, often prompting a deadlier response from the Israeli military.”

“The isolation created by 13 years of Israeli blockade, which has created severe economic hardships for Gazans, has finally delivered one positive to the tightly packed territory. Mr. Naim, who previously served as Gaza’s de facto health minister, said there have been no confirmed cases of coronavirus so far among Gaza’s estimated two million residents.”

Our concerns stem from the fact that the article failed to point out that the blockade of Gaza is jointly carried out by Israeli-Egyptian authorities and we feel this should be acknowledged by the Globe, especially given that the “isolation” this has caused is cited by the Globe as causing “severe economic hardships for Gazans.”

We await the Globe’s reply to our concerns. Stay tuned to this page for any future updates.

How anti-Israel groups are hijacking progressive causes, with...

HRC in the Suburban: “Mainstream Media Continues to...