In reporting on this rare visit by a high ranking Egyptian minister, Martin referred to the 2002 Arab Peace Initiative by saying only the following: “The Arab Peace Initiative, put forward by Saudi Arabia and endorsed by the Arab League, offers Israel full diplomatic relations with the Arab world in exchange for withdrawing from all the lands occupied in 1967 – Gaza and the West Bank including east Jerusalem. The plan was largely ignored by Israel when it was introduced as it came at a particularly violent period of the al-Aqsa Intifada.”

What Martin failed to report is that while there are positive parts of the Arab Peace Initiative, such as the acceptance of the two-state solution and a pan-Arab plan to normalize and establish full diplomatic relations with Israel, the plan as it stands is untenable as it demands that Israel retreat to the indefensible 1967 armistice lines and leave the vital strategic Golan Heights. For Israel – a nation surrounded by terrorists committed to its destruction – security considerations and defensible borders are of paramount consideration.

As well, the Initiative’s demanding the “right of return” of Palestinian refugees would be tantamount to suicide as millions of refugees would flood Israel’s borders, thereby becoming a demographic ticking bomb rendering the Jewish state no longer Jewish.

Should the Arab League agree to amend its proposal, Israel says negotiations can commence. That’s what Martin should have acknowledged in the interests of fairness and balance. 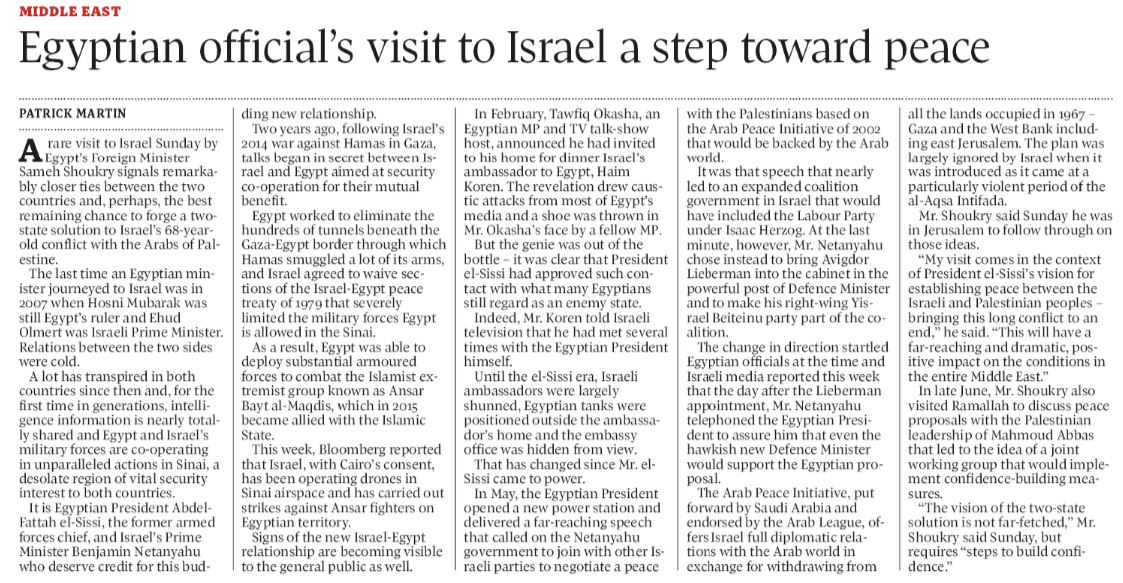