Responding to the news that Serbia and Kosovo had normalized economic ties as part of U.S.-brokered discussions that would also see Belgrade move its Israeli embassy to Jerusalem and Pristina recognizing Israel, the Globe and Mail’s former Middle East bureau chief (now based in London) Mark Mackinnon, inaccurately published the following tweet claiming that Serbian President Vučić was unaware that his signing a statement at a peace ceremony had committed his country to moving its embassy in Israel to Jerusalem.

The moment Serbian President Vucic realizes that the statement he just signed (apparently without reading) commits his country to moving its embassy in Israel to Jerusalem… https://t.co/twuMrti3TP

Contrary to Mackinnon’s claims, the Jerusalem Post’s Lahav Harkov reported that the viral video that the Globe’s reporter shared doesn’t show that President Vučić was unaware that his country had committed to moving its embassy to Jerusalem.

Vučić’s reaction was actually to the July date Trump mentioned for the embassy opening, which seemed far off, considering that Serbia plans to open its trade office this month.

Sources close to Vučić pointed out on Thursday that the Serbian president had already announced at the AIPAC Policy Conference in March that his country would open a trade office in Jerusalem, and the intention had been to take a first step toward opening an embassy in Israel’s capital.

“The idea that [Vučić] wasn’t aware doesn’t conform to the facts,” a source said.

Harkov reported that Belgrade wants to open up its embassy in Jerusalem making it the ‘most pro-Israel country in Europe’. 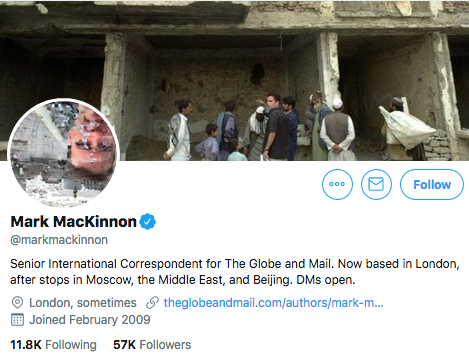 That Mark Mackinnon’s Tweet was sent to his 57,000+ followers compounded the problem as this spread the inaccurate information wide and far as this tweet was retweeted 12,200 times with 40,500 likes.