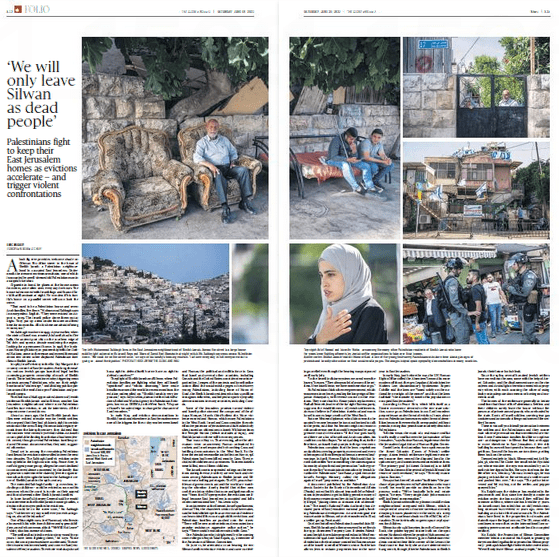 In recent weeks, the eastern Jerusalem neighbourhood of Shimon HaTzaddik, known in Arabic as Sheikh Jarrah, has made headlines around the world. Reguly has also spoken extensively of it in a recent Globe Decibel podcast, where he similarly repeated unsubstantiated anti-Israel claims.

Shimon HaTzaddik/Sheikh Jarrah is a neighbourhood in eastern Jerusalem, Israel’s eternal and undivided capital, which it liberated in 1967 in a defensive war, and which it retains full legal title, as per international law. And yet, Reguly repeatedly refers to the Israeli Jews who live in this area with the pejorative moniker “Jewish settlers.” Reguly previously referred to Israeli flags and Stars of David as “provocative”.

Reguly repeats the debunked claims that Arab families in the Sheikh Jarrah neighbourhood have been evicted “to make way for Jewish settlers.” He gives brief lip service to the fact that the Jewish families provided “Ottoman land registry records from the late 19th century,” but immediately equivocated by writing that “several Palestinian families produced Ottoman documented that, they said, suggested otherwise.”

But despite Reguly’s drawing of false parallels between established proof of legal ownership – argued and upheld in independent courts of law –  and unproven, unnamed and alleged documents which “suggested otherwise,” the facts on the ground are not ambiguous in any way.

In truth, the legal ownership of the properties in question in eastern Jerusalem has been demonstrated and proven in multiple courts of law in Israel, and nearly 40 years ago, a group of Arab Palestinian tenants even acknowledged as such. In virtually any other circumstances, a group of tenants refusing to pay rent to their legal landlord would not make international news. But when Israel is involved and the landlords are Jews, even established facts are disputable, it seems.

Reguly raises the issue of how an Arab family from Jaffa was granted occupancy of a home by Jordan, but doesn’t even think to consider that Jordan was an occupier of eastern Jerusalem following the 1948 War of Independence. Nor does Reguly consider that the war started because combined Arab armies sought to destroy the nascent Jewish state and encouraged their Arab brethren to leave and get out of the way of marauding Arab armies. Nor does Reguly acknowledge that the Six Day War was a war of self-defense for Israel against annihilation, once again.

Even more scandalously, Reguly gave uncritical coverage to wild Palestinian claims of attempted “apartheid” and “ethnic cleansing” in eastern Jerusalem, even quoting the director of UNRWA (United Nations Relief & Works Agency for Palestinians), a group with alleged links to Hamas, which argued that Israel is attempting to “change the character of East Jerusalem.” 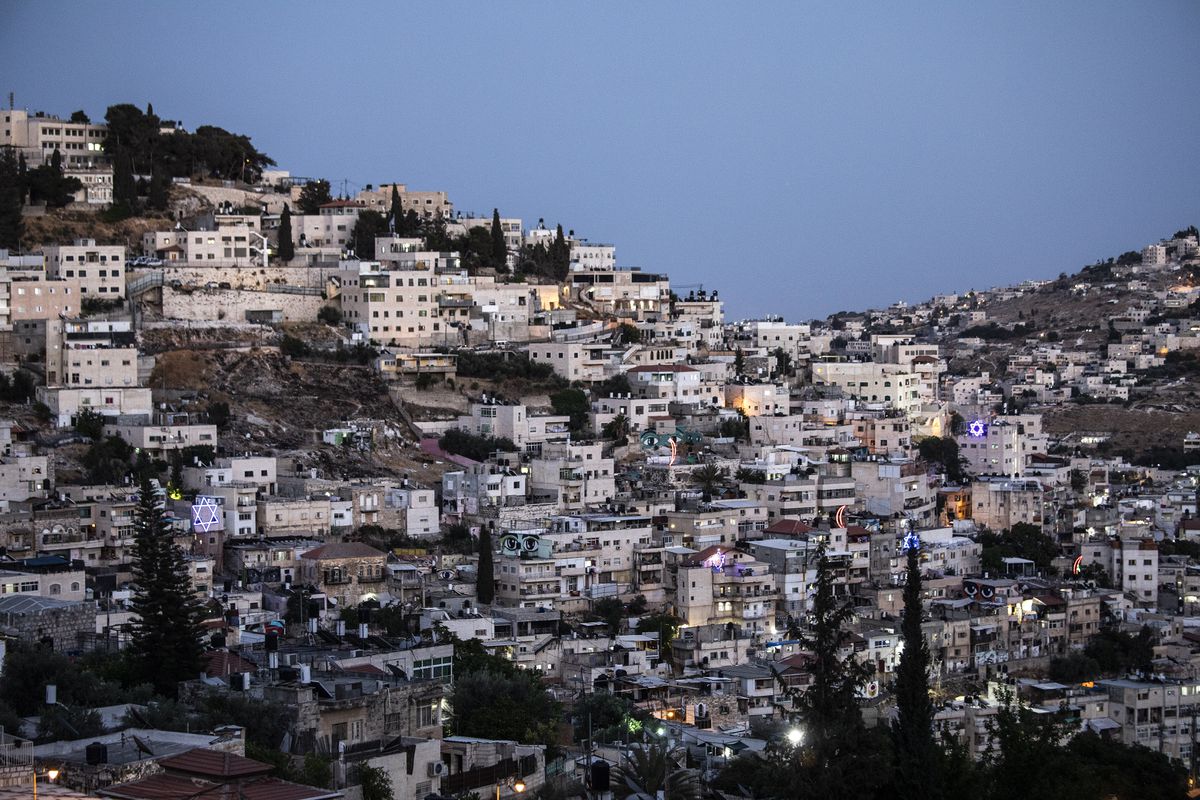 Back in reality, however, such claims are absurd and ludicrous. If Israel is attempting ethnic cleansing in eastern Jerusalem, it is doing a terrible job. Since 1987, the city’s Muslim population has grown from an estimated 121,000 people – representing around one-quarter of the overall population – to about 320,000 people in 2016, representing more than 36 per cent of the overall population, far outstripping the growth of Jerusalem’s Jewish population. Reguly gives a platform to allegations of “Judaization of East Jerusalem,” which seeks to deny and erase Jewish history in Jerusalem. Rather than “Judaization,” the facts point to a systematic de-Judaizing of Jerusalem by the Palestinian leadership and Israel’s detractors. And contrary to “Judaization” through ethnic cleansing, Interior Ministry statistics show that the Arab population in Jerusalem has increased faster than the Jewish population, this speaks arguably to an “Arabization” of Jerusalem.

As to alleged Israeli “apartheid,” tell that to Masour Abbas, an Arab-Islamist leader of the Ra’am party which is part of the new Israeli coalition government. Reguly ignores how a significant achievement of MK Mansour Abbas was that the new government agreed to a budget of NIS 30 billion for the five-year plan for developing Israel’s Arab sector – double the budget previously allocated to the plan.

It is clearly obvious that despite all the breathless and baseless claims of ethnic cleaning, the Muslim population of Jerusalem is growing, and growing fast. This reality runs entirely contrary to the claims made by anti-Israel interviewees, and when the Globe & Mail uncritically repeats easily debunked lies, it does a tremendous disservice to the truth.

Scandalously, the Globe features a map identifying alleged “Palestinian neighbourhoods” in east Jerusalem, but it’s important to note that only 7% of Arab-Israelis identify themselves as Palestinian.

The problems with Reguly’s article go beyond the case of the landlord-tenant dispute in Shimon HaTzaddik/Sheikh Jarrah. Reguly also writes about the recent violence between Israel and Hamas, mentioning that tensions rose when “Israeli police stormed the compound of the al-Aqsa Mosque, Islam’s third-holiest site.”

Reguly does not mention that the reason that Israeli police “stormed” the compound is because violent rioters were using the mosque as a staging ground for violent assaults against Israeli police. The mosque has also been used to store rocks, which are then thrown at Jewish worshipers in the Western Wall Plaza below.

Furthermore, while Reguly later does mention the term Temple Mount as the plot of land which includes the Al-Aqsa mosque, he did not mention that the mosque was built atop the Temple Mount, which is three thousand years old and is the holiest site in Judaism. Without this context – that the Jewish Temple Mount pre-dates the Islamic Al-Aqsa mosque by about 1,400 years – readers could be left with the mistaken impression that Israel has virtually no historic ties to Jerusalem, its capital city.

Reguly also wrote that: “… many Palestinians in the West Bank, Israel and Gaza consider (Hamas) the only effective protector of Jerusalem and its Muslim holy sites…” Reguly completely ignores how it was Hamas who fired rockets at Jerusalem and its revered Muslim, Jewish and Christian holy sites.

Reguly also derides Israeli Prime Minister Bennett by saying he is the “leader of the far-right Yamina party, supports the establishment of Jewish settlements, does not believe in Palestinian statehood and wants Israel to annex large swaths of the West Bank.” As we exposed on June 17, Eric Reguly tacitly considers Bennett and Ex-PM Netanyahu As “Bad Guys”.

The conflict between Israel and the Palestinians is a difficult and complex one. But without the truth, there is little hope for any future peace agreements. And by uncritically repeating baseless anti-Israel tropes and by depriving readers of context, the Globe & Mail is only serving to drive an even larger wedge between Israel and the Palestinians.