Under criticism that Globe and Mail dance critic Martha Schabas had an anti-Israel agenda, Globe Public Editor Sylvia Stead asserted in a column published on February 28 that Globe editor’s should have disclosed her “previously stated views” on Israel. Here’s just a sampling from Schabas’ Twitter account: 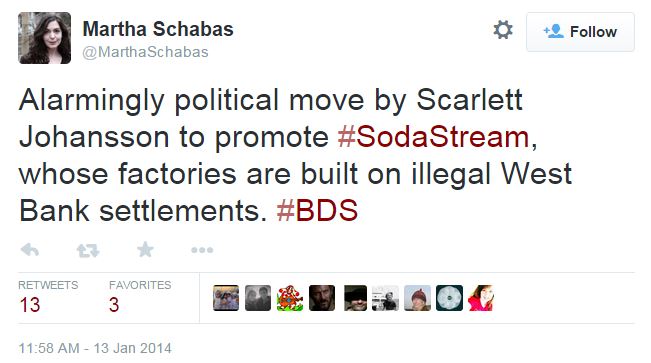 The fallout comes from an especially critical review she wrote on February 13 about an Israeli dance troupe entitled “A shallow, one-sided political statement on Israeli life” which saw Ms. Schabas ask rhetorically:

“Are Israelis concerned about the social, legal and institutional discrimination against Arab-Israelis? About the growing African refugee crisis? About the grievous situation in the occupied territories – the death tolls in Gaza and the expansion of West Bank settlements?”

Responding to a reader’s complaint, Sylvia Stead, the Globe’s resident ombudsman, stated the following: “In this case, I believe the writer should temper her comments now that she works for The Globe, and she and her editors should be aware of potential conflicts down the road.”