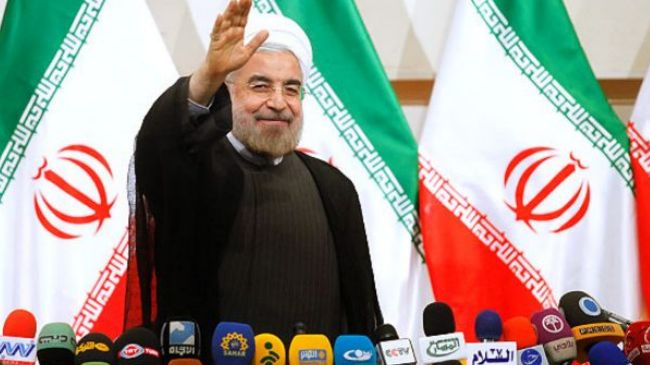 Much has been made of Hassan Rouhani’s recent “charm offensive” to the West. Expectedly, the Iranian President’s speech at the United Nations and his brief phone call with U.S. President Barack Obama dominated Canadian airwaves and column inches.

With respect to Rouhani’s UN speech, we were troubled to see Globe and Mail reporter Jill Mahoney state on September 25 that “The new Iranian President’s first speech to world leaders lacked anti-Israel rhetoric and offered negotiations with the U.S. and its allies over the disputed nuclear program, showing a more moderate face of the hard-line regime in Tehran.”

Our dismay stemmed from the fact that in his speech, Rouhani sharply criticized the Jewish State for its alleged treatment of the Palestinians – albeit, without naming Israel directly.

Contrary to what Ms. Mahoney reported, Rouhani pointedly issued veiled anti-Israel rhetoric when he stated the following at the General Assembly:

“Nowhere in the world has violence been so deadly and destructive as in North Africa and West Asia. Military intervention in Afghanistan, Saddam Hussein’s imposed war against Iran, occupation of Kuwait, military interventions against Iraq, brutal repression of the Palestinian people, assassination of common people and political figures in Iran, and terrorist bombings in countries such as Iraq, Afghanistan and Lebanon are examples of violence in this region in the last three decades.

What has been – and continues to be – practiced against the innocent people of Palestine is nothing less than structural violence. Palestine is under occupation; the basic rights of the Palestinians are tragically violated, and they are deprived of the right of return and access to their homes, birthplace and homeland. Apartheid as a concept can hardly describe the crimes and the institutionalized aggression against the innocent Palestinian people.”

In light of this information, HonestReporting Canada communicated our concerns to senior editors at the Globe who pointed out that the source of this error came from Associated Press reporter Lara Jakes who had originally made this false claim, though AP used the word “absent” vs. the Globe’s saying the Iranian President’s speech “lacked” anti-Israel rhetoric.

Commendably, the Globe did amend this article and did swiftly issue a clarification notice to this article when we requested that such action be undertaken. An editor’s note appended to this article now states the following: “Editor’s Note: The original version of this story stated that anti-Israel rhetoric was “absent” from the Iranian president’s speech. This version has been to clarify that such language was “toned down.”