Yesterday, the Globe and Mail and Toronto Star both ran front page above the fold articles which erroneously claimed Israel attacked a UN school in Gaza. 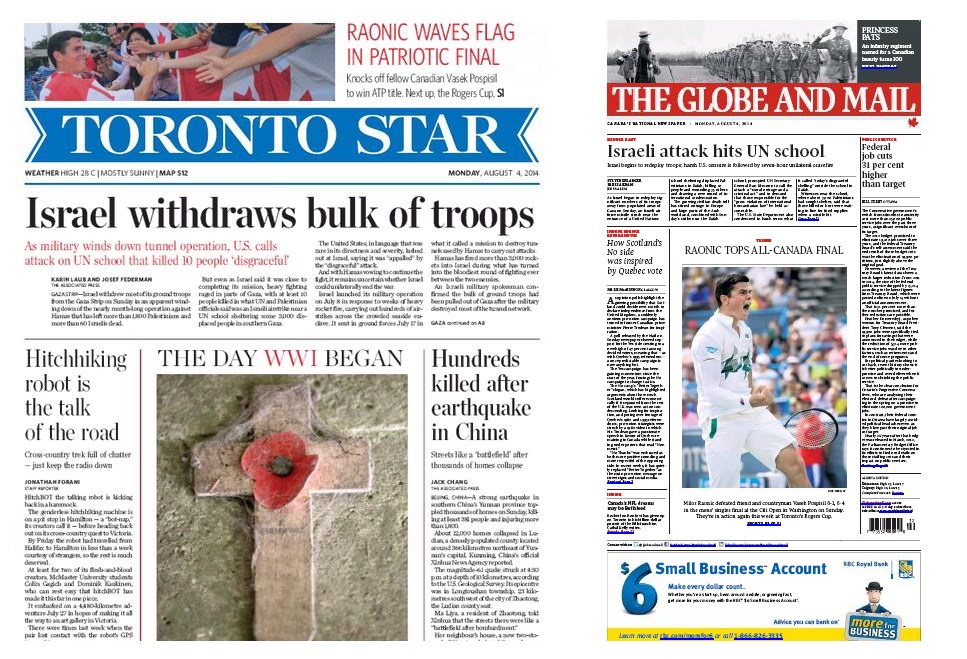 The claim that an “Israeli attack hit (a) UN school” is false and even the body of the New York Times article that the Globe reproduced noted that a missile is believed to have struck “near” the school”, while the US State Department is quoted saying the missile hit “outside the school in Rafah”. The article also notes Israel was targeting terrorists on a motorcycle “near the school, not the school itself, and was investigating a possible secondary explosion when the motorcycle was hit.”

We asked the Globe and the Star to set the record straight with corrective notices and are pleased to report that the following corrections were issued: