The print edition of the Globe and Mail today featured the following headline to a Campbell Clark report which wrongly characterized the Canadian government’s stance on the Iran deal as being one where it “won’t support (the Iran nuclear) agreement”. 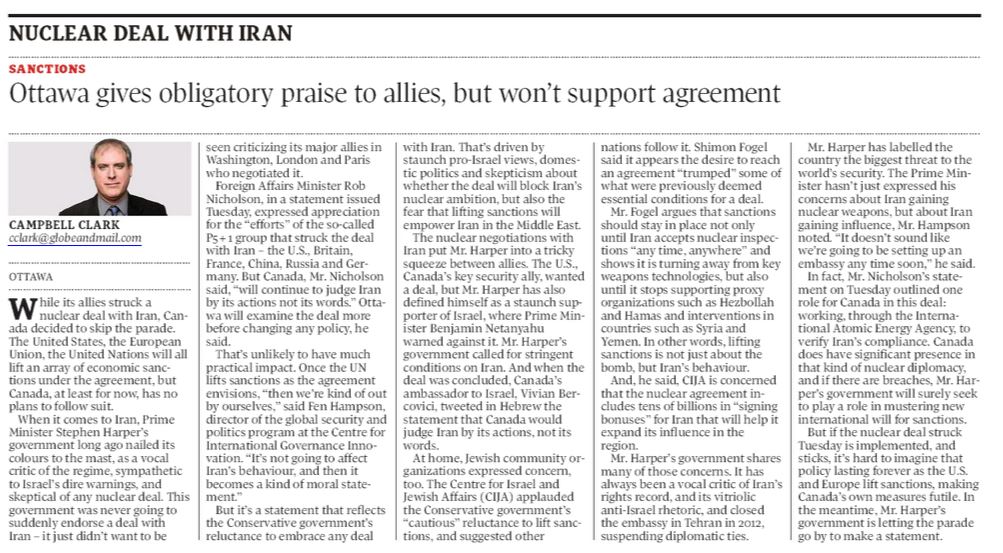 Mr. Clark doesn’t make this claim in his article and the online headline to this article states only: “Iran nuclear deal puts staunchly pro-Israel Tories in tricky spot”.

HonestReporting Canada (HRC) is not aware of a comment from a Canadian government official indicating its opposition or if it favours the nuclear deal. Indeed, Foreign Affairs Minister Rob Nicholson’s statement that Mr. Clark referenced is of the likes of a wait and see approach.

Considering the implications of what this Globe and Mail headline suggests, a clarification should be issued to point out that Canada has not said it won’t support the agreement.

HRC has communicated these concerns to the Globe and are hopeful that remedial action will be taken.