Globe Headline Fails to Mention Dead Palestinian Was a Terrorist 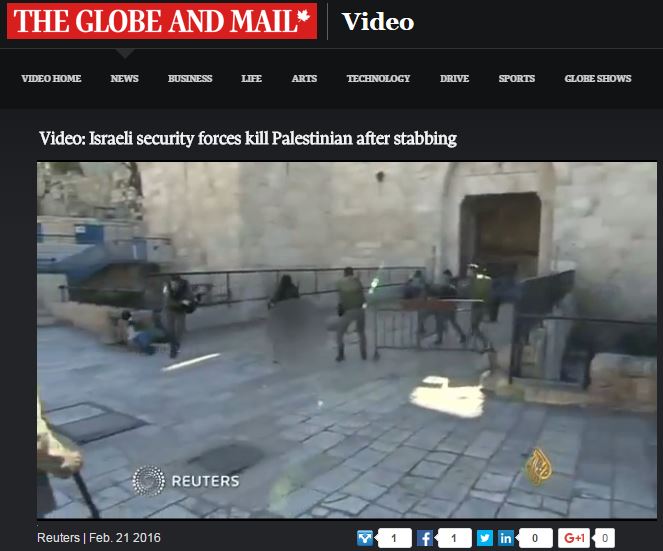 In the interests of fairness, accuracy and providing due context,  it’s only appropriate to identify the Palestinian as an “assailant” as Israel claims he stabbed two of its officers. Just as the Globe identified “Israeli security forces” in this headline, it should also have referred to the Palestinian as an “assailant” or an “attacker”. As it stands, all Globe readers can deduce from this headline is that Israeli forces killed a Palestinian sometime after a stabbing. That does not necessarily mean that the dead Palestinian was the stabber or that he had anything to do with the stabbing. Accordingly, readers could wrongly conclude that the Palestinian was innocent and his death, perhaps even unrelated to the stabbing.

As such, we believed that this headline should be amended. Regretfully, the Globe failed to take any remedial action despite our complaint.