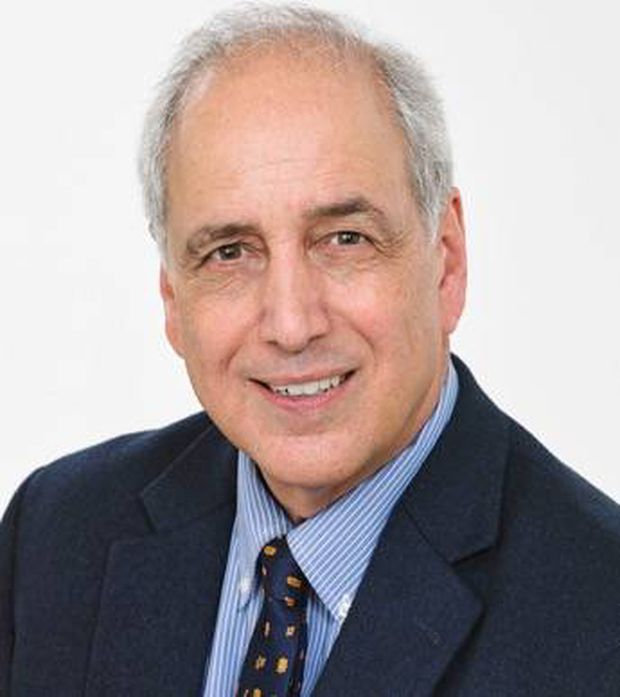 As UN Special Rapporteur on human rights in “Palestine”, Michael Lynk (pictured right) is duty bound to be an objective, impartial and neutral arbiter of the Israeli-Palestinian impasse. Yet, due to his being an ardent anti-Israel detractor and Palestinian apologist, he fails to meet the basic criteria for this role. Accordingly, former Canadian Foreign Affairs Minister Stéphane Dion called on the UNHRC to review Lynk’s appointment, and Conservative Critics Tony Clement and Peter Kent also condemned Lynk’s appointment.

As the Conservatives noted at the time, Lynk played “a leading role in the Canadian Palestinian Education Exchange, a group which promotes “Israeli Apartheid Week” events, addresses “One State” conferences which seek to eliminate Israel, and calls for the prosecution of Israel for war crimes.” Three days after 9/11, UN Watch notes that Lynk blamed the West for the attacks on the World Trade Centre towers. Lynk is also known for sitting on the boards of Arab and Palestinian lobby groups and is a signatory to anti-Israel petitions.

As seen in his Globe oped on June 9 (also seen appended below), Michael Lynk singles Israel out exclusively for opprobrium and conveniently forgets that in 1967, Israel fought for its survival in a war of impending annihilation waged by pan-Arab armies seeking its destruction.

Israel will not apologize for having defended itself from genocide.

Though Lynk cites Theodor Meron, who in 1967 was the newly appointed legal adviser to the Israeli Ministry of Foreign Affairs, he fails to note that many legal opinions differ with Meron’s and contend that under international law the status of the territories is “disputed”, rather than “illegal”. UN Security Council Resolution 242 authorizes Israel, having conquered the land in a defensive war, to remain in possession of the territories. According to Resolution 242, when “a just and lasting peace in the Middle East” is achieved, Israel can withdraw to ‘secure and recognized boundaries’”. Furthermore, Israel has legitimate claim to these areas in accordance with international law and bearing in mind its ancestral, religious, and historical rights to the lands of Judea and Samaria where it claims sovereignty.

The Fourth Geneva Convention, does not apply to the territories according to international law. The Convention prohibits the forcible transfer of people of one state to the territory of another state that it has occupied as a result of a war. Jews were never forced to live in the West Bank; theirs was a voluntary return to the land from which they or their ancestors were uprooted, for example, the Hebron massacre in 1922. Israel forcibly transferred Jews 8,500 out of Gaza settlements in the “disengagement” of 2005. Israel cannot “return” land to Palestinians as they were never sovereign rulers of the lands in question.

Naturally, Lynk ignores how Israel has made many concessions and overtures for peace many times with its Arab neighbours, most notably with Jordan and with Egypt where it returned the Sinai, along with the signing of various interim deals with the Palestinians. Israel wants peace, regrettably though, the Palestinian leadership still fails to recognize the right of the Jewish state to exist, to renounce violence, and to stop rewarding and glorifying terror. The Palestinian leadership fails to educate for peace and to meet with their Israeli counterparts to resume direct face-to-face negotiations to resolve the conflict.

There’s an important line separating legitimate opinion that enhances the public discourse, from incendiary rhetoric that interferes with constructive dialogue. Michael Lynk is entitled to his opinions, but we question the Globe and Mail’s editorial judgement for giving him a platform to attack Israel. Please send your considered comments to the Globe at: letters@globeandmail.com. Please refer to Michael Lynk’s June 9 op-ed entitled: “Fifty years ago, an Israeli occupation foreseen”. 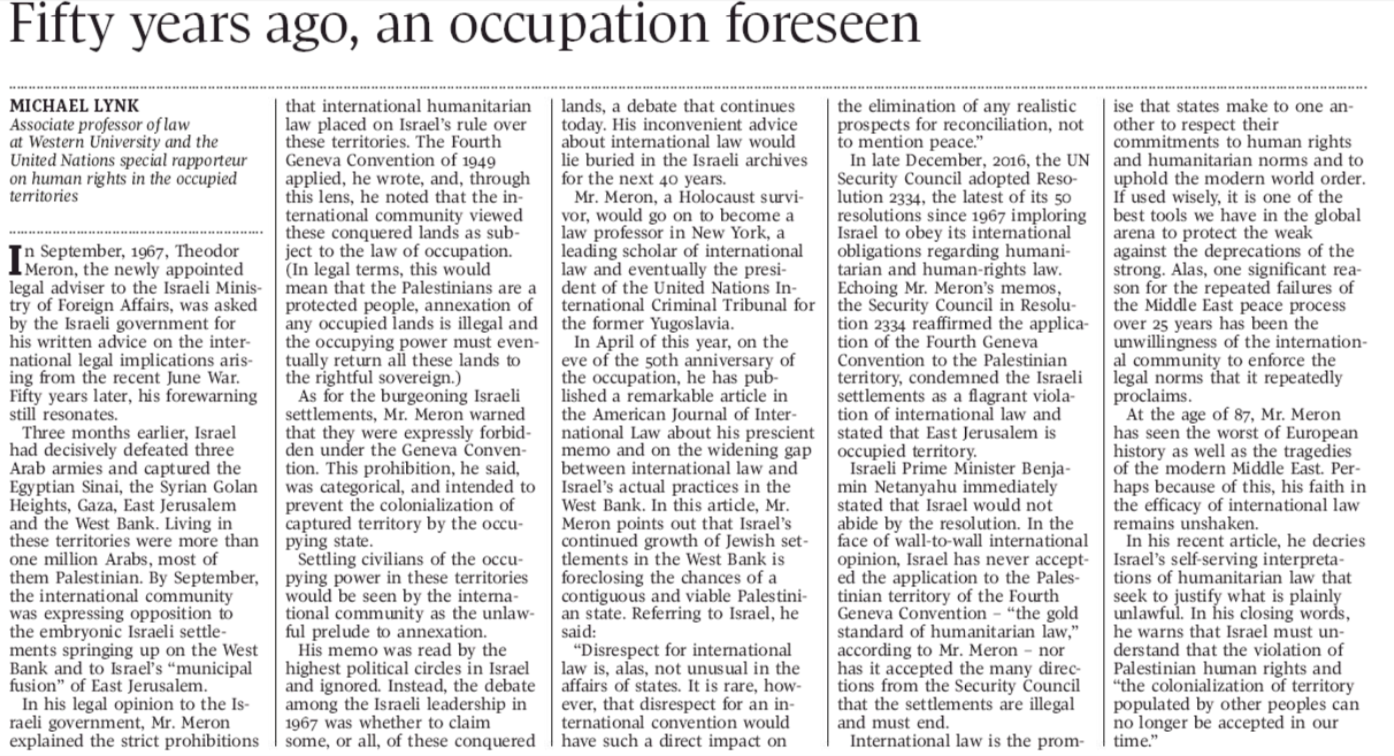