In an Associated Press wire report that was published in the Globe and Mail today, editors wrote the following unsubstantiated sub-headline to the article: “Israeli officers clear young Palestinians out of Al Aqsa compound, bar entry to Muslims under 45.” 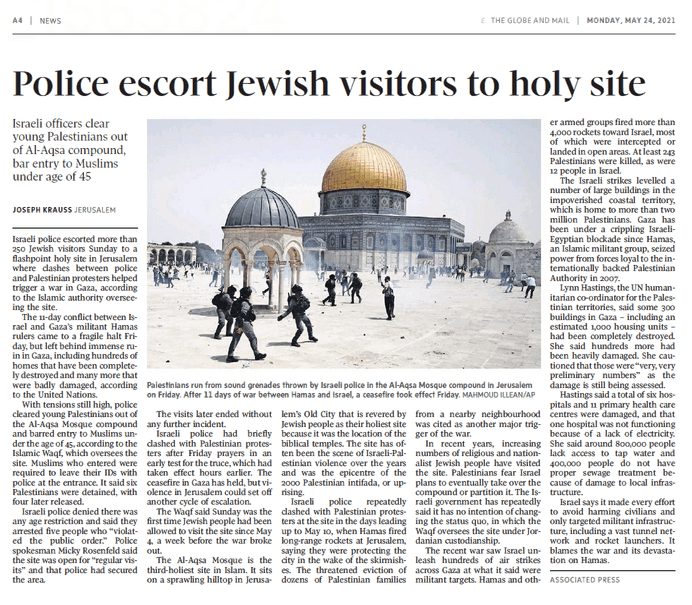 In truth, and as the article itself points out, the Islamic Waqf made the allegation that Israel barred entry to Muslims under the age of 45, and the article itself says that Israeli police denied that anyone was barred, quoting Israeli Police Spokesman Micky Rosenfeld saying the site was open “for regular visits.”

HRC has request that the Globe publish a correction to set the record straight.

In response to our complaint, the Globe and Mail today published the following clarification notice: