Globe Claims All Palestinian “Refugees” Were “Forced” From Their Homes; Claims “Palestine” Exists 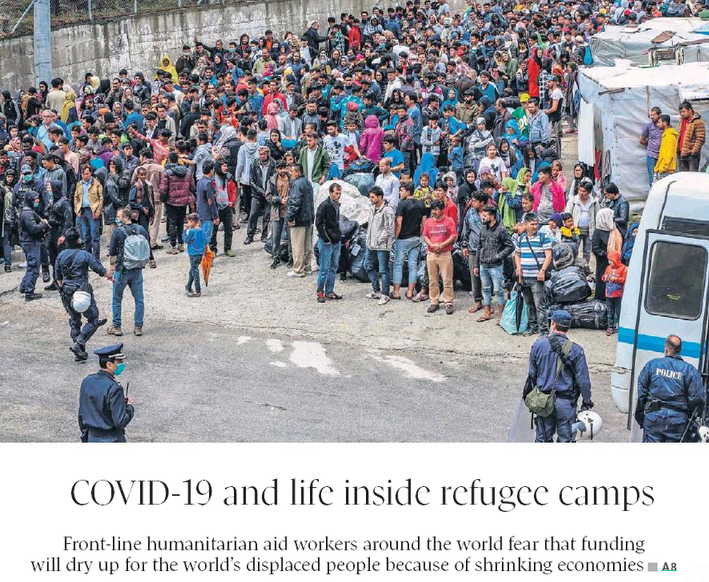 In a  feature-length front-page report today entitled: “Behind the fence: How the world’s displaced are dealing with COVID-19,” the Globe and Mail had the audacity to claim that a state of “Palestine” exists while asserting that all 5.5 million Palestinian “refugees” were “forced from their homes.”

Reporter Eric Reguly stated the following: “Greece’s five island camps held 38,700 refugees at the end of April, according to the UNHCR. Most of them were from Afghanistan, Syria, Somalia, Palestine and the Democratic Republic of Congo. Collectively, the camps were built to house fewer than 6,000. A third of the refugees are children, 60 per cent of whom are under the age of 12.”

Our CBC Language policy, states there is no modern country of Palestine, although there’s a movement to establish one as part of a two-state peace agreement with Israel. Areas under the control of the Palestinian Authority are considered Palestinian territories: Fatah-run West Bank and Hamas-run Gaza Strip.” 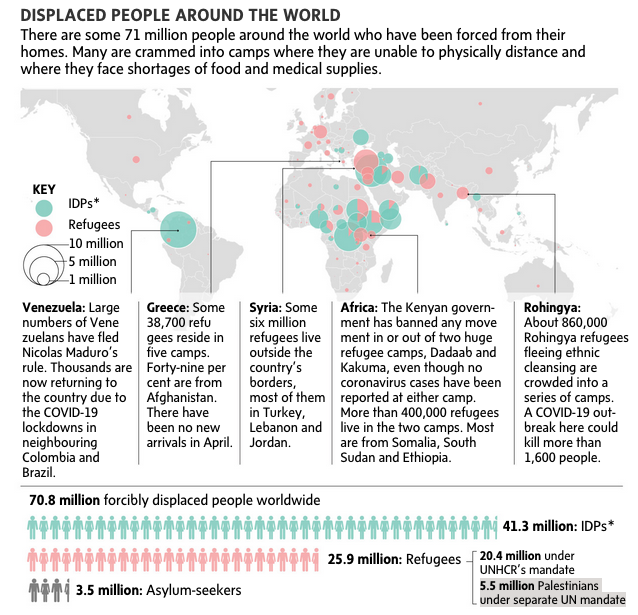 As well, the Globe and Mail produced the following infographic about which says that of the 71 million people displaced around the world, all 5.5 million Palestinian “refugees” have all been “forced from their homes.” As is commonly known, the dual narrative exists that approximately 700,000 Palestinian-Arabs “fled” or were “forced” from their homes making themselves refugees. Importantly, the majority of the remaining refugees are considered only descendants of refugees. Notwithstanding, it’s incorrect to claim that all 5.5 million Palestinian refugees were “forced from their homes”. This is tantamount to historical revisionism. Simply put, in 1948 Israel declared independence and was attacked by 5 marauding Arab armies and in the ensuing conflict, Palestinian-Arabs were displaced. Many fled at the behest of Arab leaders who encouraged them to leave to avoid being harmed in the conflict, and others, were forced to leave.

In response to HRC’s complaint, the Globe argued that it was merely using language referred to the UNHCR claiming that using the term “Palestine” is not incorrect. As to the infographic, the Globe again cited the UN’s data saying the language employed was succinct and related to various scenarios covered in the graphic. While the reference may have been succinct, it was inaccurate.

Once again, the Globe and Mail has chosen obstinacy instead of electing to set the record straight when it was deserving. How unfortunate.