In an apparent effort to make its image more appealing to a western audience, Hamas has sought to present itself as pragmatists through a new manifesto it debuted this week at a news conference held in Qatar.

Despite this, on May 2, the Globe and Mail appropriated the following headline to a New York Times report: “Hamas moderates stand on Israel”.

Importantly, the lead paragraph of the NYT report stated the following: “Hamas, the militant group built around violent resistance to Israel,sought on Monday to present a more moderate public face, taking its next shot in an intensifying struggle for leadership of the Palestinian cause and international recognition.”

The problem with this headline appropriated by Globe editors is that the Globe is taking the position (instead of being judicious, fair and neutral on the topic) that Hamas’ new “charter” / manifesto represents a de facto moderation. The NYT report made it clear to say they only “sought” to present a more palatable image of Hamas, not that they have, as a matter of fact, become more “moderate”. 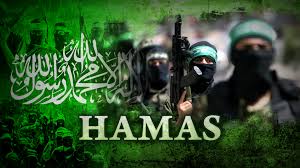 Israel claims that Hamas is still a radical terror group bent on its annihilation, despite its efforts to soften its image with a PR campaign. Hamas still wages all kinds of attacks (firing rockets, shooting and stabbing attacks, and is building terror-attack tunnels). Importantly, Hamas has not repudiated its anti-Semitic and genocidal original charter, nor stopped its incitement. Hamas has not recognized Israel’s right to exist nor has it renounced violence and it still defends the use of violence to achieve their political ends. Hamas rejects the Oslo Accords and previously negotiated agreements between Israel and the Palestinian Authority. In short, Hamas opposes the Quartet’s preconditions for Mideast peacemaking.