On June 16, Globe and Mail editors published an Associated Press report where its editors wrote the following headline: “Three Palestinians killed after attack on Israeli officers”. In so doing, the Globe turned Palestinian terrorists into victims.

Untold in the headline, is the fact that the three dead Palestinians had carried out the stabbing and shooting attacks on Israeli officers (which killed a female Israeli officer, 23-year-old, Hadas Malka) in two different locations in the Old City in Jerusalem. Furthermore, the terrorists were killed “during” and not “after” the attack. 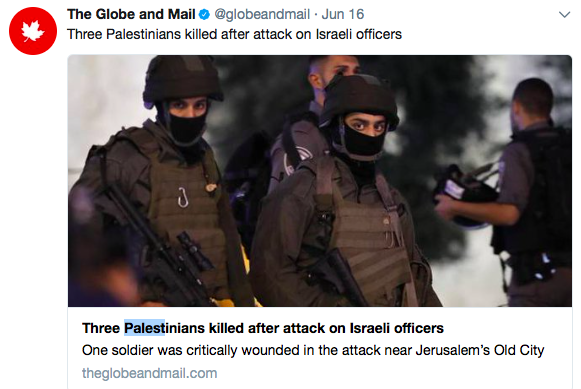 In sharp contrast, the National Post and NBC News gave this same AP report the following fair and accurate headlines which identified the Palestinians as “attackers”:

The BBC carried almost the exact same headline as the Globe’s (“Three Palestinians killed after deadly stabbing in Jerusalem.”) and when the Israeli government complained, the BBC promptly apologized and corrected the headline. 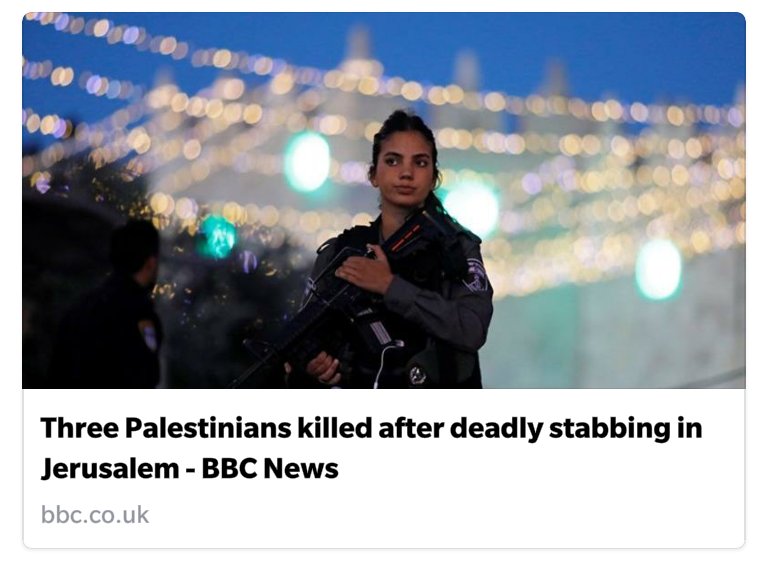 The BBC’s statement read as follows: “We accept that our original headline did not appropriately reflect the nature of the events and subsequently changed it… Whilst there was no intention to mislead our audiences, we regret any offense caused.”

HonestReporting Canada filed a complaint with Globe and Mail Public Editor Sylvia Stead on June 17 calling for this terribly misleading headline to be corrected as soon as possible.

To our great dismay, the Globe informed HonestReporting Canada on June 20 that the Globe has no plans to change the headline. This is wholly unacceptable. The Globe and Mail committed journalistic misconduct for focusing on on the deaths of the slain Palestinians who instigated the violence and for failing to mention that they were armed terrorists, all the while ignoring the Israeli victim of the attack.

Please send your concerns to Globe and Mail Editor-in-Chief David Walmsley at: dwalmsley@globeandmail.com and refer to the Globe’s June 16 article which turned Palestinian terrorists into victims.