In the wake of the Canadian Parliament’s overwhelming vote to condemn BDS (Boycott, Divestment and Sanctions), a movement which is waged solely against Israel and that’s committed to the Jewish state’s destruction, Globe and Mail reporter Patrick’s Martin’s coverage bore all the hallmarks of anti-Israel media bias and is deserving of your swift condemnation. 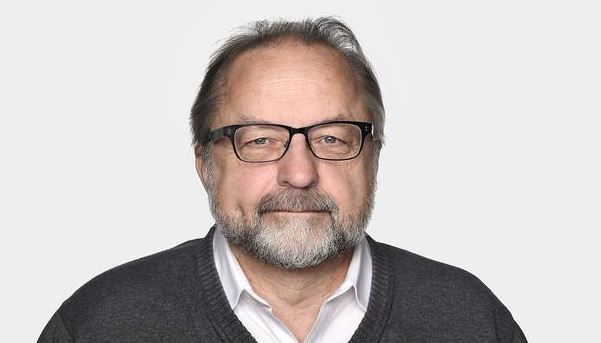 Instead of being judicious, fair and balanced, Martin’s February 24 report entitled: “Parliament votes to reject Israel boycott campaign” was replete with slanted coverage that saw this reporter’s opinion disguised as news.

On the dangers inherent in BDS, specifically how it seeks the annihilation of Israel through a demographic ticking bomb knows as the “right of return” which would flood Israel with millions of Palestinian “refugees” rendering the Jewish state no longer Jewish, Martin seemingly scoffed at this existential danger by writing:

“Those who are legitimately concerned about the potential impact on Israel point to the BDS movement’s call for protecting the rights of Palestinian refugees under UN Resolution 194 to return to the homes and properties they left in 1948 in what is now Israel. The concern is that if all these refugees and their descendants (numbering in the millions) were to return, they would overrun the Jewish state, and Israel would cease to exist as we know it. Fair enough.

However, these rights have been understood in formal and informal negotiations between Israel and Palestinians to be ones that would be implemented only gradually and offered alongside alternative compensation, such as settling in the new Palestinian state or in a third country such as Canada.

The important thing to note about the reference to UN Resolution 194 is that this resolution calls for “negotiations” with Israel over the terms by which the Palestinian rights to return would be implemented. The 2002 Arab Peace Initiative also refers to Resolution 194, even as it offers full recognition of Israel.”

On how BDS singles out Israel and thereby demonizes and deligitimize the Jewish state, Martin contemptuously wrote:

“Yes, the BDS campaign singles out Israel, quite naturally. It was started by a group of Palestinians, including Mr. (Omar) Barghouti, to elicit help in dealing with Palestinians’ biggest problems. It was not intended to solve all the problems of the world. Just as the worldwide campaign against apartheid in South Africa did not address the ills of the Pol Pot regime in Cambodia, or the dictatorship in Somalia, this BDS movement is uniquely tailored to safeguarding Palestinian rights.”

Instead of being neutral, Martin tacitly came to the defense of BDS. He altogether failed to appreciate how Canada’s Ottawa Protocol dictates that efforts are antisemitic when Israel is “singled out for selective condemnation and opprobrium – let alone denying its right to exist or seeking its destruction – is discriminatory and hateful, and not saying so is dishonest.”

At its core, BDS exempts pariah and human rights offending nations like Iran, Saudia Arabia, China, Russia and the Palestinians themselves from legitimate scrutiny and criticism. Untold by Martin is how BDS doesn’t seek peace or conflict resolution and is a form of discrimination based on national origin as all Israelis are targeted for opprobrium.

Martin naively claimed that “The BDS movement is supported by many people, including Jews and Israelis who want to see Israeli policies toward Palestinians change and do not want to see the destruction of Israel.” To wit, BDS advocates are on the margins and fringes of society, and an especially small number of Jews/Israelis support BDS. Could Martin even support his vague claim that “many” Jews/Israelis support BDS? If so, how much exactly? Martin doesn’t say though he is sure to take up space to claim that BDS is “taking hold” just about everywhere, but failed to point out how other countries – such as the U.S., France, and Britain – have taken the same stand as Canada and who have created laws which oppose boycotts of Israel. Are those countries stifling free expression too?

In this article, Israel is accused of breaking international law and of various human rights violations, and nowhere is it mentioned that Israel affords its Arab citizens full equal rights and that Israel only erected a security barrier to defend its citizens against relentless Palestinian terror attacks, such as suicide bombings that have killed hundreds and maimed thousands of 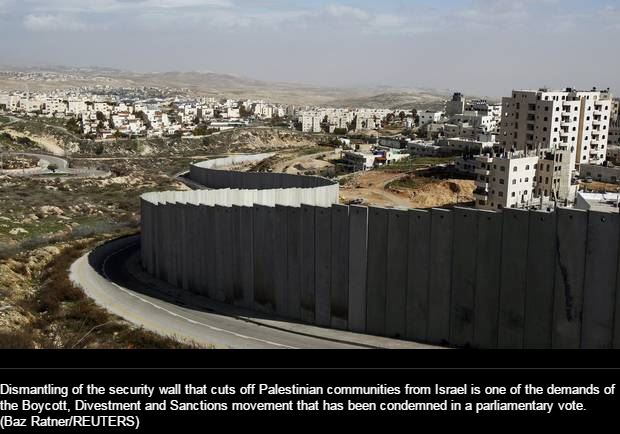 innocents. Martin only reported that “… the non-violent punitive measures are to be maintained until Israel ends ‘its occupation and colonization of all Arab lands and [dismantles] the Wall’ (a reference to the security barrier erected to cut off Palestinian communities from Israel).” Globe editors also included a large photo of the security barrier (see image at right), perhaps to reinforce the image of alleged Israeli “land grabs”. Nowhere did the Globe mention the word “terror” or acknowledge past Palestinian terror attacks in this report.

What was especially troubling about Martin’s article was how it failed to quote any sources from pro-Israel or Jewish organizations who would naturally have lauded Parliament’s condemnation of BDS. Instead, Martin quoted the founder of BDS, Omar Barghoutti (Israeli educated at Tel Aviv University – a fact Martin conveniently overlooked) and Diana Buttu, a former adviser to PA President Mahmoud Abbas, and a favorite source of Martin’s, always willing and able to say something on the record to condemn Israel.

Contrary to Barghoutti’s statements as reported by Martin which lauded the success of boycott movements in South Africa and Alabama, unlike apartheid-era South Africa and 1955’s civil rights movements in Alabama fighting racial segregation, Israel’s supposed partners for peace in the west bank and those in Gaza, have leaderships that are committed to Israel’s destruction, they don’t recognize the Jewish state’s right to exist, and refuse to come to the negotiating table.

As to the rabidly anti-Israel Diana Buttu, her statements were way out of line in suggesting that Israel is breaking international law (“illegal acts”). And that the government that “passes a resolution condemning those who aim to uphold international law and Canadian foreign policy” is effectively “nuts”. This baselessly suggests that Canada’s taking this stand against BDS is tantamount to breaking its own laws.

Interestingly, on July 13, 2015 Patrick Martin wrote the following article on the Globe’s website entitled “Israel and the BDS campaign: separating fact from propaganda,” a report whose narrative was largely similar (perhaps even borrowed over to his February 24 article) and which saw Martin assert that the “BDS effort is starting to bite.”

On July 13, Martin asked and answered the following questions:

On February 24, Martin asked and answered the following questions:

In the July 13 article, Martin again quoted Omar Barghoutti and instead of Diana Buttu, he quoted anti-Israel activists Naomi Klein (who effusively supported Martin’s Feb. 24 article – see below), Peter Beinart, and a representative from the anti-Israel Jewish Voice for Peace. Again, fitting his modus operandi, no pro-Israel/Jewish sources were quoted in this article.

In his February 24 article, Martin also misled on official Canadian policy on the Israeli-Palestinian conflict. He wrote (emphasis added): “Specifically, the non-violent punitive measures are to be maintained until Israel ends “its occupation and colonization of all Arab lands and [dismantles] the Wall” (a reference to the security barrier erected to cut off Palestinian communities from Israel); recognizes “the fundamental rights of the Arab-Palestinian citizens of Israel to full equality,” and protects “the rights of Palestinian refugees to return to their homes and properties as stipulated in UN resolution 194. These goals are not dissimilar from Canada’s official positions on Israeli occupation, settlements and human rights, and are not, on the face of it, what most people would consider anti-Semitic.”

“Canada recognizes Israel’s right to protect its citizens from terrorist attacks, including through the restriction of access to its territory, and by building a barrier on its own territory for security purposes.”

“Canada believes that a just solution to the Palestinian refugee issue is central to a settlement of the Israeli-Palestinian conflict, as called for in United Nations General Assembly resolution 194 (1948) and United Nations Security Council resolution 242. A solution to the Palestinian refugee issue must be negotiated among the parties concerned in the context of a final status peace agreement.”

“Israel has a right under international law to take the necessary measures, in accordance with human rights and international humanitarian law, to protect the security of its citizens from attacks by terrorist groups” 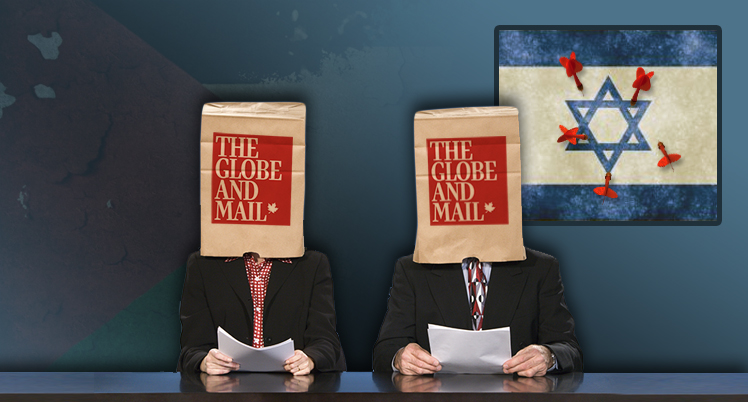 Canada does not call for the barrier to be taken down as the Palestinians have not disavowed terror and Canada certainly does not support an absolute Palestinian “right of return”. Canada supports potential territorial concessions (mutually agreed upon land swaps) in the framework of a final peace accord procured through direct negotiations between the parties, negotiations that would likely put a cap on the number of “returning” Palestinian “refugees”.

We recently condemned reporter Patrick Martin for unfairly singling out Israel and the Globe, whose bias against Israel has continued unabated for far too long. Now, please do your part by contacting Globe and Mail editor-in-chief David Walmsley and please condemn Patrick Martin’s biased reporting against Israel and his slanted anti-Israel coverage of the BDS movement featured in the Globe on February 24. Please send emails to: dwalmsley@globeandmail.com.