In the February 8 print edition of the Globe and Mail, the following photograph was published displaying a Palestinian girl holding several highly misleadingly maps used by Palestinian propagandists to falsely portray all of what is now Israel as being under Palestinian sovereign control prior to 1947, describing the region as “Historic Palestine”. 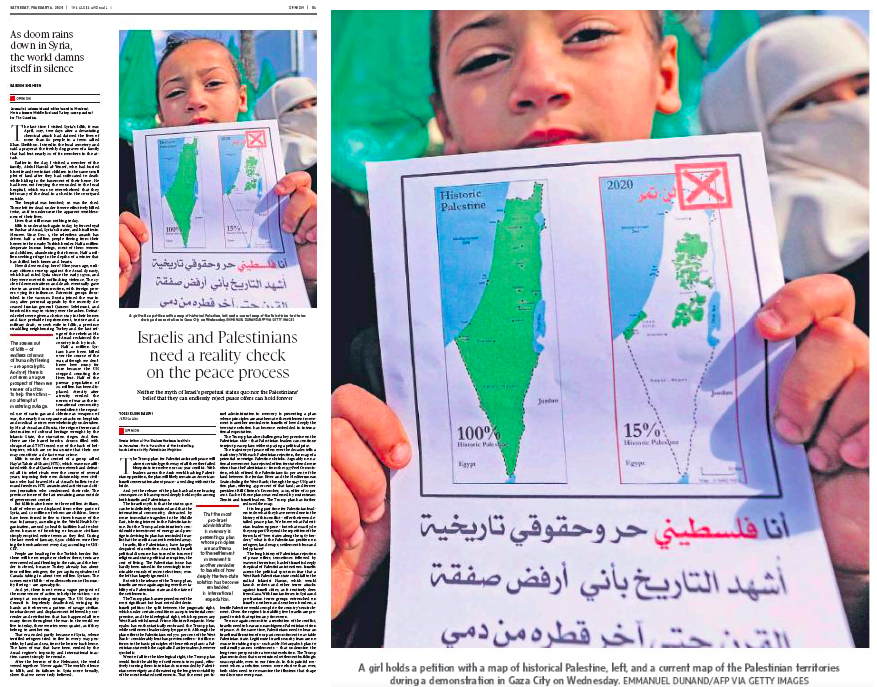 This image was appended to a commentary by Yossi Klein-Halevi entitled: “Israelis and Palestinians need a reality check on the peace process”.

Juxtaposed to this map was another map supposedly depicting present-day Israel and the Palestinian territories showing an increasingly diminished Palestinian land loss over the last nine decades. In truth, no Palestinian government has ever held control of any territory in the region until the Oslo Accords in the 1990’s, nor has there ever been a State of Palestine.

A more accurate map would connote the following: 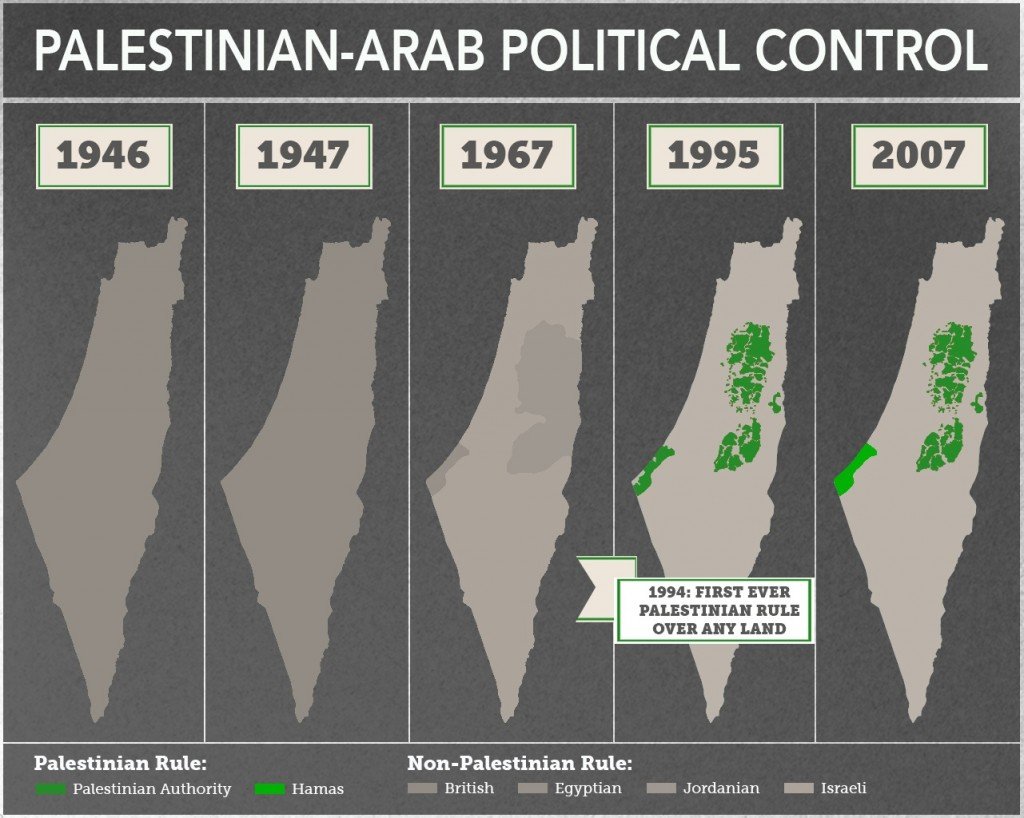 Yet, the Globe’s publishing this photo of this misleading map gave a platform to Palestinian historical revisionism by failing to provide any context, whether about the Arab rejection of the Partition Plan in 1948, and their launching a war against the nascent Jewish state, nor how Israel won lands in a war of self defence in the 1967 Six Day War. In truth, the map only displayed lands held by the Ottoman Empire and then under the British Mandate and that were not under Israeli sovereignty at the time. The map didn’t demarcate land that was ever sovereignly held by Palestinian-Arabs or a mythical state of Palestine.

In 2015, NBC issued an on-air correction for featuring similar maps.

Kate Snow: Last Thursday in an attempt to talk about the context for the current turmoil in the Middle East we showed a series of maps of the changing geography in that region. We realized after we went off the air the maps were not factually accurate and we regret using them. To help clarify and provide perspective on the current situation we’re joined again by longtime NBC Middle East correspondent Martin Fletcher. He’s also author of Walking Israel: A Personal Search For the Soul of a Nation. Martin, you’ve been covering the Middle East for 40 years now. Clearly those maps, that set of maps was wrong. Tell us why.

Martin Fletcher: Well, Kate, first of all, I wish I said it right away when I saw them. The bottom line is that the first map showed the area as if it was a Palestinian state. The word across the map was Palestine. It was all, it looked as if it was all full of Arabs. And then the succeeding maps then showed fewer and fewer, less and less land all the time. Whereas bottom line was it was completely wrong. I mean, there was no state called Palestine. In 1946, it was a British mandate land. Britain was given control of the area by the League of Nations. And as a matter of fact, at that time roughly in that area, this is my estimate, there was about a half a million Jews living there and a million Arabs. So if anything the map should have reflected that demographic reality and it didn’t. And it gave the wrong impression. 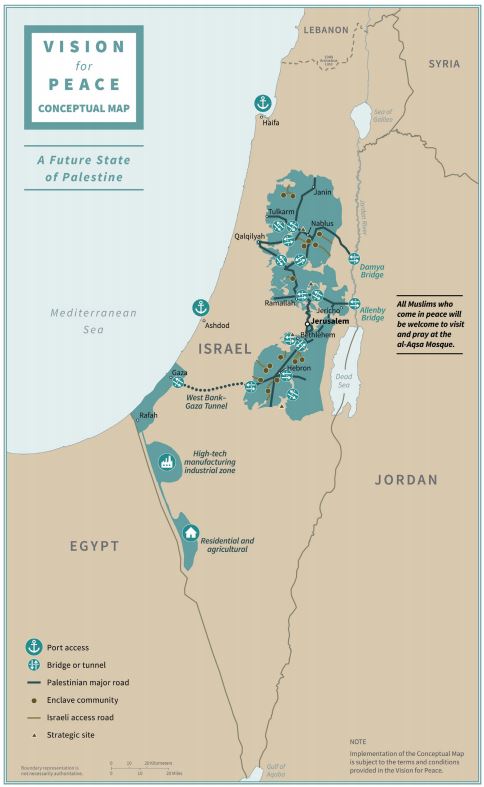 HonestReporting Canada has corresponded with senior Globe and Mail editors about this matter who, to its credit, have raised our concerns with the relevant editors at the paper.