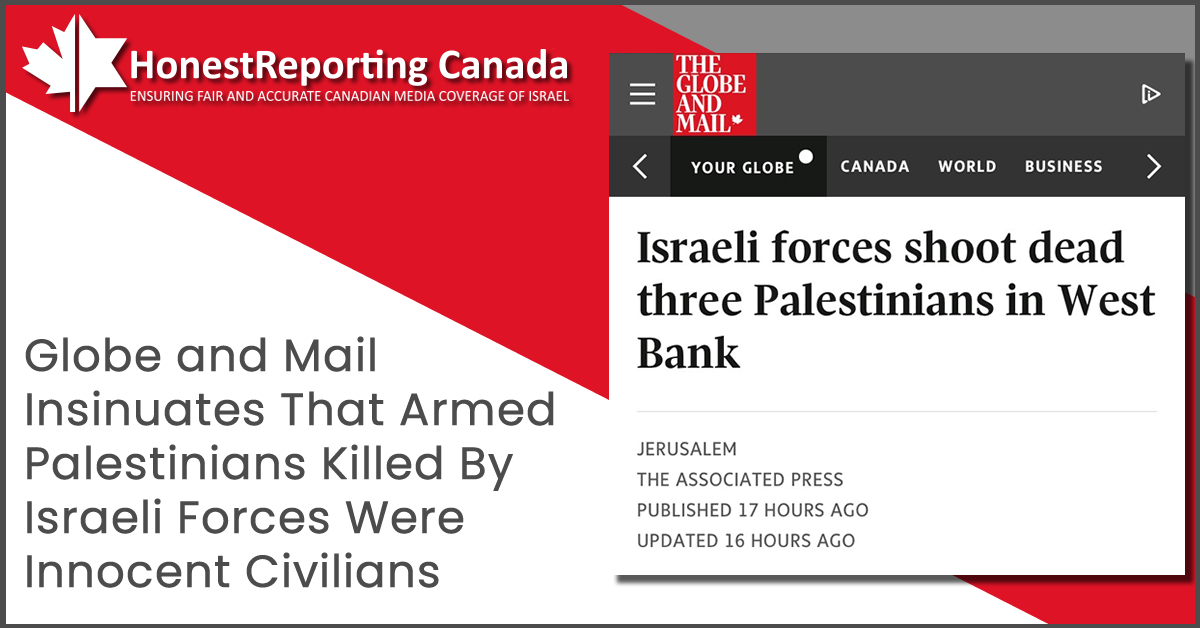 On June 17, the Globe and Mail published an Associated Press article to its website with the following misleading headline: “Israeli forces shoot dead three Palestinians in West Bank.”

This headline wrongly portrayed the three dead Palestinians as being innocent civilians when nothing could be further from reality.  In truth, during an anti-terror military operation in the town of Jenin, IDF soldiers from the elite Golani reconnaissance unit responded to Palestinian terrorists who fired heavy automatic weaponry and threw explosive devices. 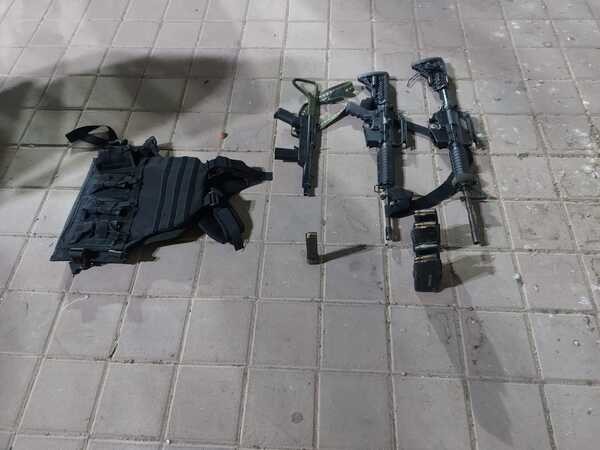 Above: Firearms seized by IDF troops in the West Bank city of Jenin on June 17, 2022. (Israel Defense Forces)

The Palestinian assailants who died were later identified by Palestinian media as Baraa Lahlouh, Laith Abu Srour and Yousef Salah. Pictures were released showing the men holding automatic weapons, indicating that they were members of terror groups. Lahlouh was later claimed by Hamas as a member. The Jerusalem Post reported that the “Palestinian Islamic Jihad’s al-Quds Brigades branch in Jenin claimed that all three were members of their movement.”

The IDF also tweeted a photo showing one of the dead Palestinian terrorists who attacked the IDF unit in Jenin, being carried during his funeral, wrapped in an ISIS terrorist flag. 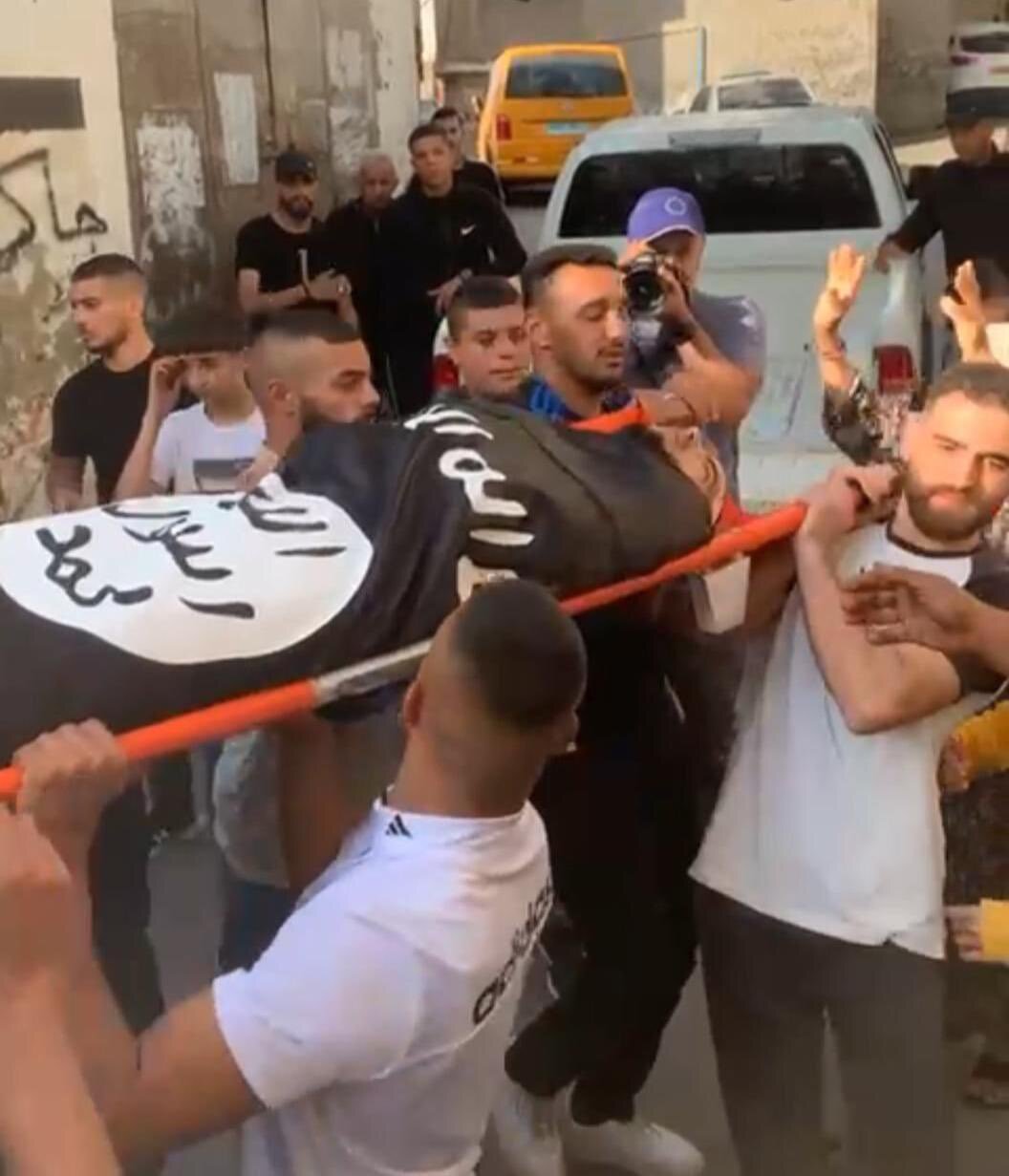 Above: A coffin carrying one of the terrorists is wrapped in an ISIS flag at his funeral on June 17, 2022. (Israel Defense Forces)

HonestReporting Canada has communicated our concerns directly to The Globe and Mail, asking that this headline be immediately amended to reflect that the Palestinian who died were not innocent civilians, but rather, were armed assailants, who initiated an attack against the IDF in the town of Jenin. We await the Globe’s reply to our concerns.


Please stay tuned to this page for updates.