Recently, HRC filed a complaint with the Globe and Mail in regards to several unfair headlines it published about the conviction of an Israeli soldier who killed a Palestinian assailant, that failed to identify the dead Palestinian as an attacker in their article’s headlines.

An AP article and a Reuters video posted by the Globe on January 4 and 5 was given the following headlines: 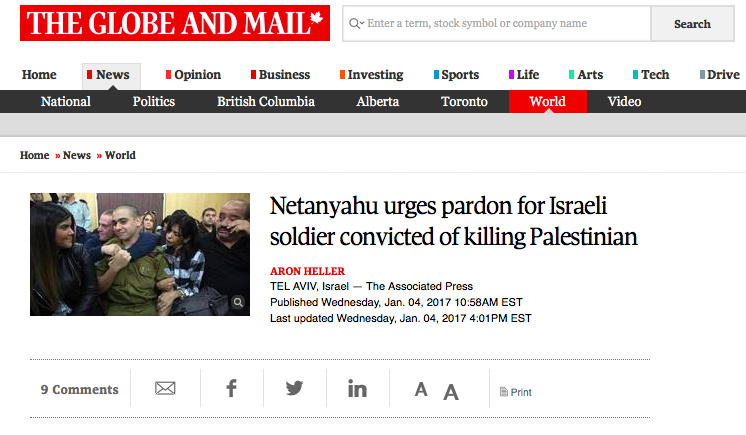 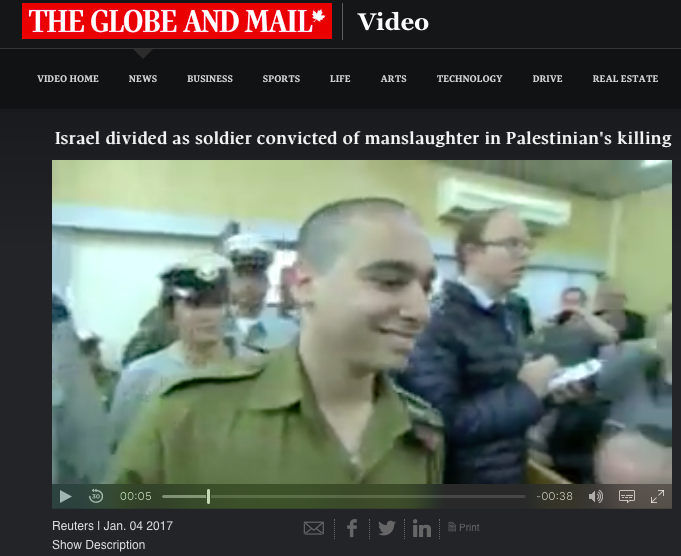 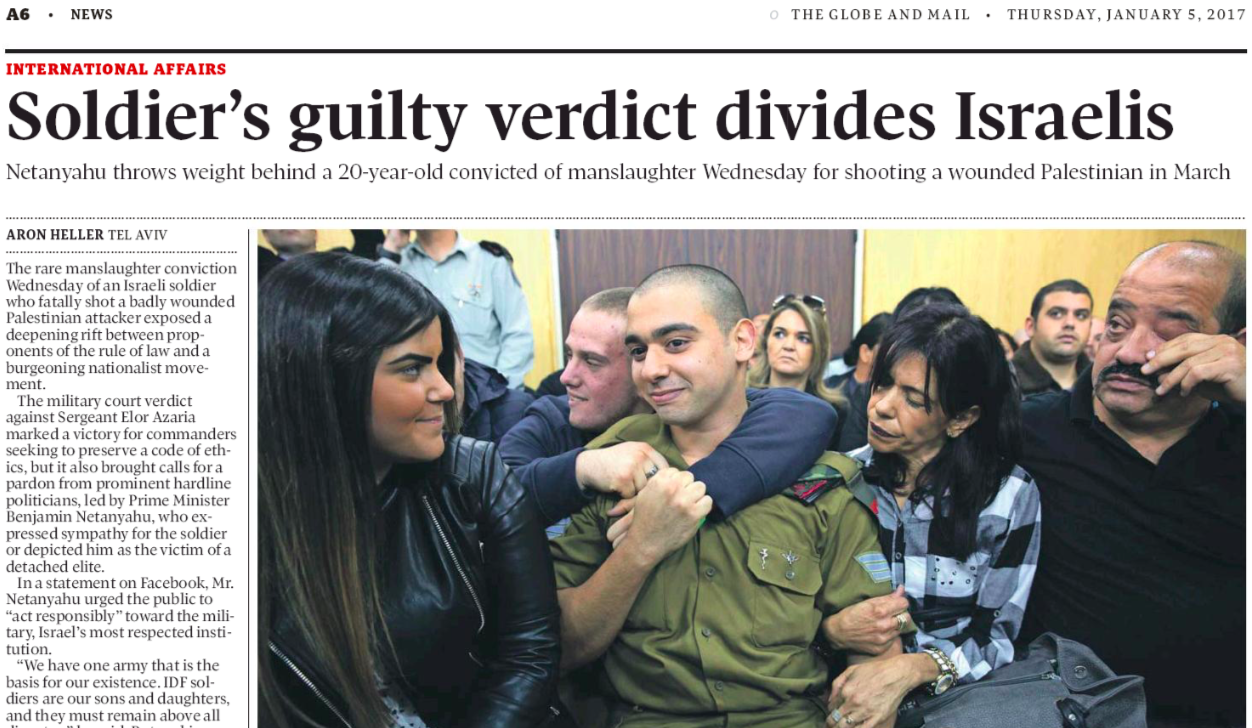 In all three instances, the Globe failed to mention that the dead Palestinian had stabbed and attacked an Israeli soldier before being shot and fatally wounded. In sharp contrast, the Toronto Star and National Post both made reference to the dead Palestinian as an “attacker” or “assailant”.

As we told the Globe’s Public Editor, on top of requesting online headline amendments, we believe a clarification is called for in the Globe’s print edition to set the record straight as people read headlines 3:1 over the actual article and readers may have wrongly concluded that the Israeli soldier killed an innocent Palestinian, whereas he was an attacker/assailant.

We also relayed that it’s also troubling that the online version of this article, it seems, had originally used the word “assailant” in the headline, but at some time that was removed. For example, see the Globe’s URL http://www.theglobeandmail.com/news/world/israeli-soldier-convicted-of-manslaughter-in-killing-of-wounded-palestinian-assailant/article33487243/ and Twitter post: 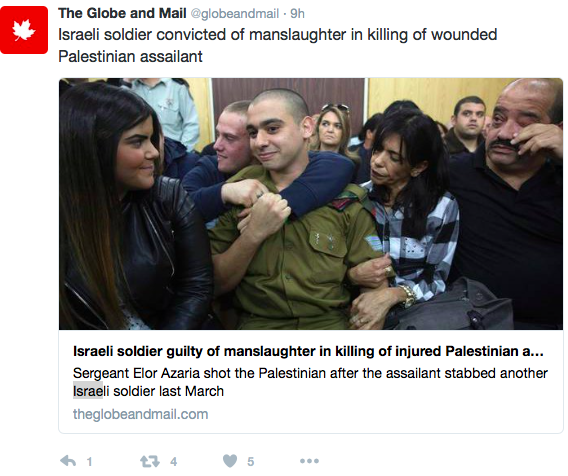 We await the Globe’s reply to see if corrective action will be taken and to get an explanation for how the word “assailant” disappeared from their online article’s headline.